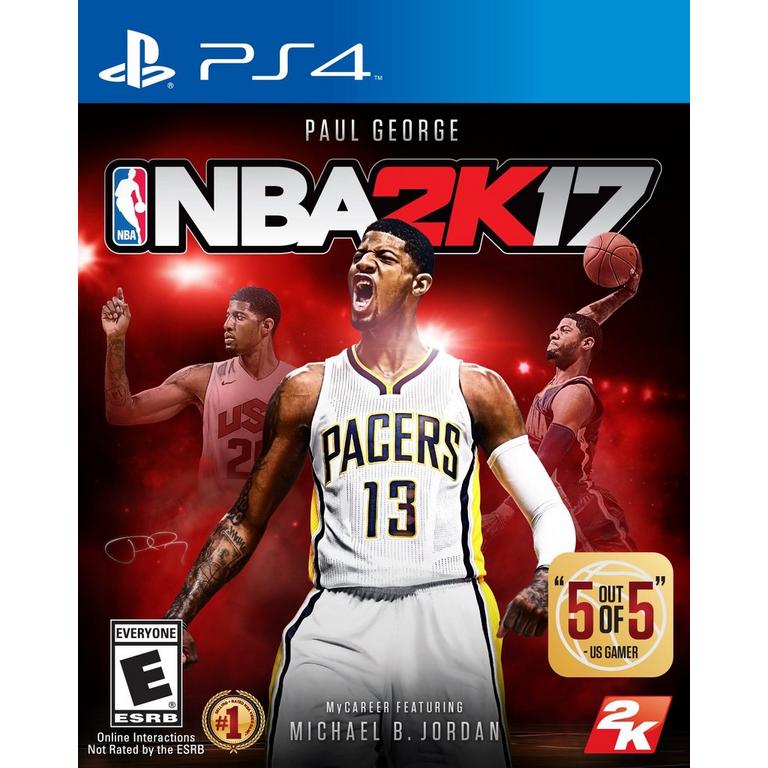 Following the record-breaking launch of NBA 2K16, the NBA 2K franchise continues to stake its claim as the most authentic sports video game with NBA 2K17. As the franchise that all sports video games should aspire to be (GamesRadar), NBA 2K17 will take the game to new heights and continue to blur the lines between video game and reality.
-

Improve the best sports sim on the market with myriad enhancements to MyGM, MyCareer, and the gameplay

The most impressive commentary in sports games gets better with guest analysts like Chris Webber, Steve Smith, and Brent Barry

Still one of the most complicated sports games to control, but offers longtime players a lot to master

With an abundance of deep modes and stellar on-court action, NBA 2K17 offers hundreds of hours of fun

Elite NBA players enjoy the 24/7 spotlight of national television, lucrative endorsement deals, and even occasional crossovers into Hollywood. But underneath this veneer of the charmed life are thousands of hours spent in gyms perfecting shooting strokes, honing dribbling moves, and sculpting physiques to withstand the rigors of an 82-game season. For better and worse, NBA 2K17's popular MyCareer mode looks past the glitz and the glamour to focus on the practical side of being a professional athlete.

A year after the Spike Lee debacle, MyCareer returns with a new narrative penned by screenwriter Aaron Covington (Creed). Regardless of which organization drafts you, your team's rookie class includes an overlooked gem named Justice Young, played by the talented Michael B. Jordan (Creed, The Wire). Together, you strive to become the next great NBA tandem, following in the footsteps of Michael Jordan and Scottie Pippen. Your chemistry develops through cutscenes and hours of practice at the gym, and if you play off each other enough during a game, you unlock the ability to take control of the tandem. Controlling two players at the same time almost feels too empowering; lethal give-and-gos are unleashed at the push of a button, and Young rarely misses an open look.

Performing well in MyCareer is paramount to improving the skills of your player, who once again starts with an absurdly low rating in a shameless ploy to get users to take the easy path and spend money on the virtual currency. Regardless of which approach you take, you need to put many hours into the practice mode to round out your player. Earning currency via games played and endorsement deals is still the way to upgrade your primary skills, but certain critical skills like stamina and free-throw shooting can only be improved by grinding at the gym. Unfortunately, the path to upgrading these is needlessly opaque; even if you shoot free-throws for 20 minutes, you may not raise your rating a single point. After putting 20 hours into the gym activities – which offer great variety, by the way – I still don't understand the logic of when skill points do and don't get awarded.

2K puts shot making in your hands like never before. Advanced Skill Shooting gives you complete control over the power and aim of your perimeter shots as well as your ability to finish inside the paint.

Begin your MyCAREER on one of 10 licensed collegiate programs, available for free download one week prior to launch!

It's all-new and all about basketball in 2K17 - and you're in control. Your on-court performance and career decisions lead to different outcomes as you determine your path through an immersive new narrative, featuring Michael B. Jordan. Additionally, new player controls give you unparalleled supremacy on the court.

Take the court as Team USA with Coach K on the sidelines. Earn USAB MyTEAM cards and gear up your MyPLAYER with official USAB wearables.

For the first time, play as college basketball legends with each school's all-time greats team and MyTEAM cards.

For the first time, customize your MyLEAGUE and MyGM experience with league expansion. Choose your expansion team names, logos and uniforms, and share them with the rest of the NBA 2K community. Your customized league comes complete with everything from Expansion Drafts to modified schedules and more to ensure an authentic NBA experience.

NBA 2K17 is rated 4.0 out of 5 by 277.
Rated 5 out of 5 by Rmiller680 from Rmiller680 Perfect gameplay. Shots are easier to take. Its fluid and still better than 2k18 and 19
Rated 5 out of 5 by Amy miller from Mother of a teenager boy My son and his friends they wanted all Friday night when they love it
Rated 1 out of 5 by mamaguey from Nba 2k17 Is not posible to use. Disc damage ans im not go to change.
Rated 3 out of 5 by Bobhoward418 from 2k17 It was ok but I got 2k19 and didn’t need it anymore, it was a good game for the 2 years I had it
Rated 4 out of 5 by Nichole Buhidar from Husband likes it Husband likes it and he really hasn’t played games in a long time
Rated 2 out of 5 by Spaceboy97 from NBA 2KTRASH Great graphics and physics, my career was poor though. Over dramatic, and I couldn’t play in the games in the my career mode, a glitch or bug or something.
Rated 4 out of 5 by Soup134bold from Really cool game It’s a really cool game at first I couldn’t figure out the controlled but by the next day I was playing it like crazy I recommend it 100%
Rated 4 out of 5 by Tbkent54 from My son purchase this a month ago & he can't stop playing it!!!

I bought 2k17 today at gamestop and it didn't work for me. 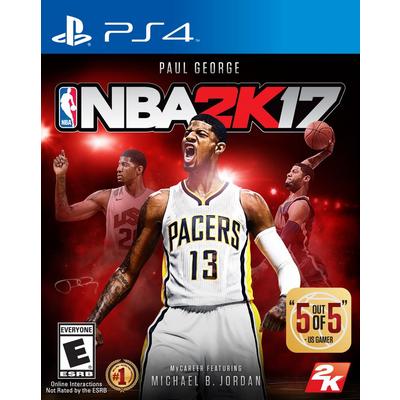