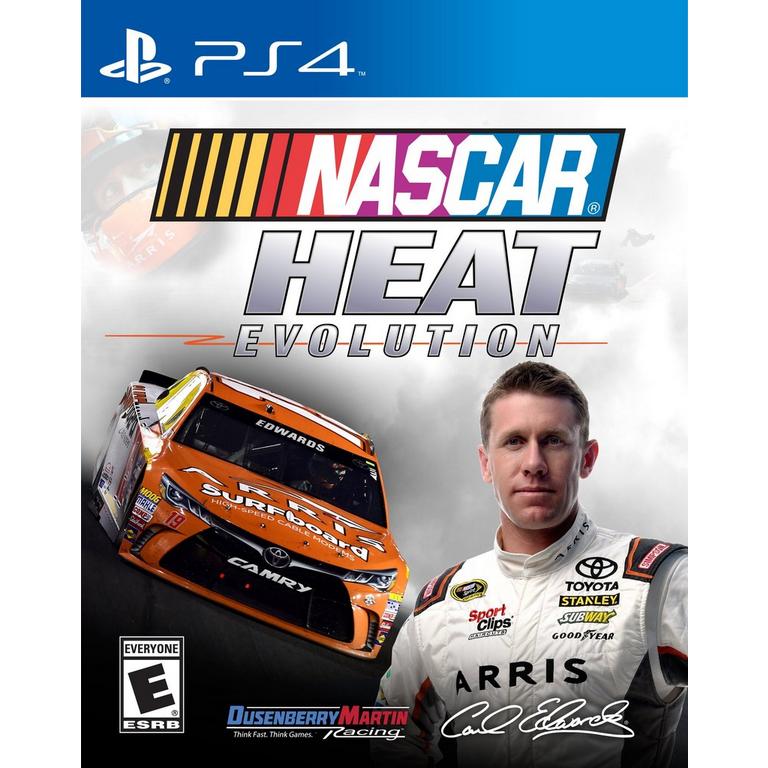 After over a decade, Monster Games returns to the NASCAR franchise. This all-star developer created the original NASCAR Heat and NASCAR: Dirt to Daytona in the early 2000's, two of the most highly rated and best-selling NASCAR titles of all-time. This dedicated group has built NASCAR Heat Evolution from the ground up to ensure a brand new racing experience.Race as your favorite NASCAR Sprint Cup Series drivers across all 23 licensed NASCAR tracks in stunning HD. Whether you're a rookie or racing veteran, get ready for a good time.

The NASCAR license has ping-ponged around, from EA having the license for a time to then Eutechnyx. Now it's in the hands of Dusenberry Martin Racing, who've renewed a partnership with the old NASCAR Heat studio Monster Games. The pair resume their partnership for NASCAR Heat Evolution (PS4, Xbox One, PC), and today the developer has released the first behind-the-scenes developer diary talking about this momentous return.

Monster Games' president Rich Garcia and Dusenberry Martin Racing co-founder Ed Martin worked together back on the original NASCAR Heat, and Martin has long had it in mind to get this partnership back together. In May 2014 Martin got the sense that then-license holder Eutechnyx was going to get out. He called former colleague Tom Dusenberry, and they decided to form their publishing company and go after the rights. Dusenberry Martin Racing was formed on January 1, 2015. Martin says his second call was to Monster Games president Rich Garcia. Martin says Garcia's first answer was, No. Garcia and Monster Games were working on a Nintendo game at the time, but Martin says he knew that it was the challenge that we both wanted to do again.

The title moved into full production on March 1, 2015. At first, it was going to use Eutechnyx's code, but it took about a month for Monster to figure out that it would be better to start over from scratch. It was really a sports-car game not designed for NASCAR, Garcia told us when we visited the studio. They just started gluing on NASCAR-y stuff. While Garcia says that there were definite benefits from scrapping the code and starting at zero, considering the last title Monster made was a 3DS game with Nintendo and now it would be working on new platforms, the task was a little daunting, albeit exciting.

The game attempts to straddle the line – it's not a hardcore sim, but it's not without its challenge, either. While it has simulation tuning available, it also has an adaptive A.I. system (in race now and season modes) based on different track types that will ratchet up the ability of the A.I. cars as you get better. This is expressed in a Speed Rating. Monster says that the A.I. cars have been taken off of specific racing lines and have a natural racer's mentality on the track. How this meshes and behaves with the situation at hand – the end of a race, going three-wide in the right corners – will be a big challenge for the title. In general, the drivers will be tuned to how they perform on certain kinds of tracks in real-life – road courses, superspeedways, etc. – although there is a randomization quality in there as well, so A.I. drivers won't always perform the same.

See the rest of the article at Game Informer

Game Modes: A variety of gameplay modes will give you more to do than ever before. Gameplay modes include Race, Challenges, Season, Chase, Online, and Career. In Career, customize your own NASCAR Sprint Cup Series driver like never before!

Tracks: From the high banks of Talladega to the tight turns in Martinsville, each of the 23 licensed NASCAR tracks have been carefully recreated in conjunction with track owners. 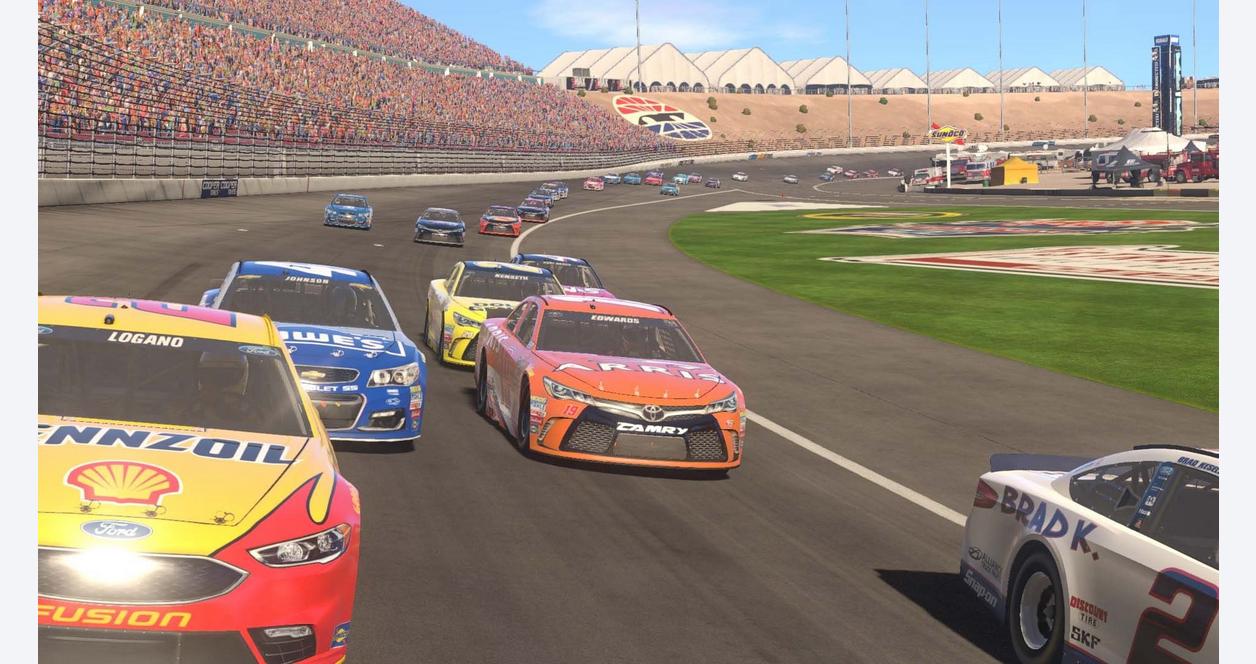 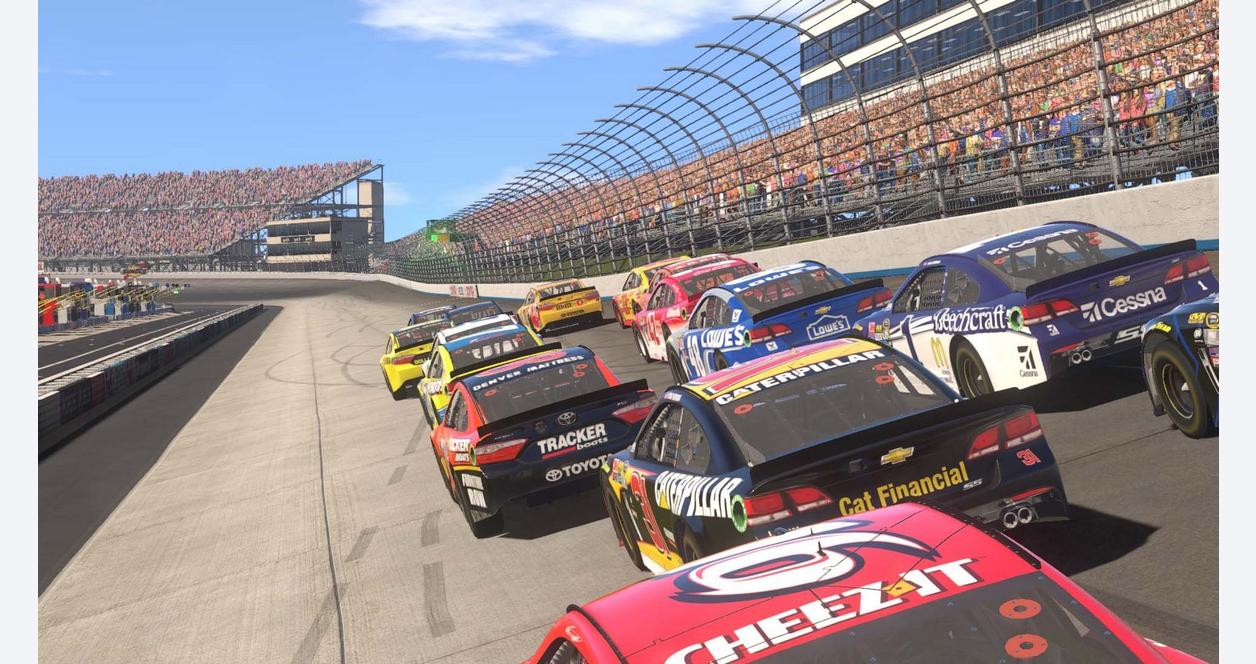 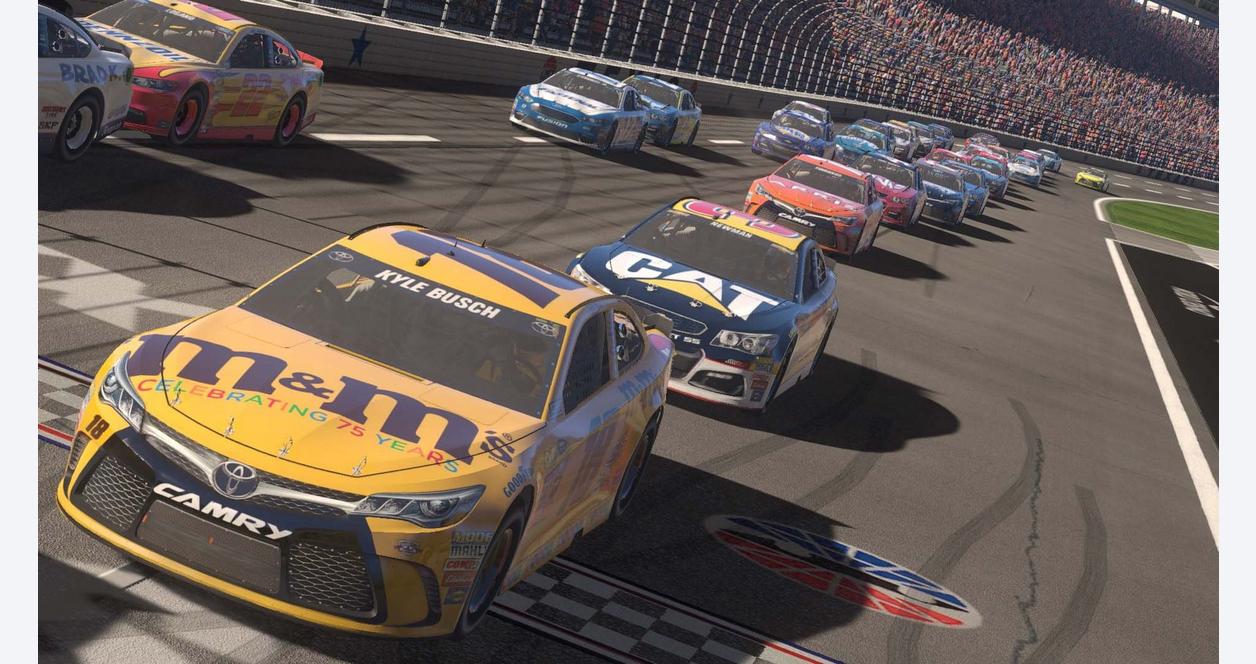 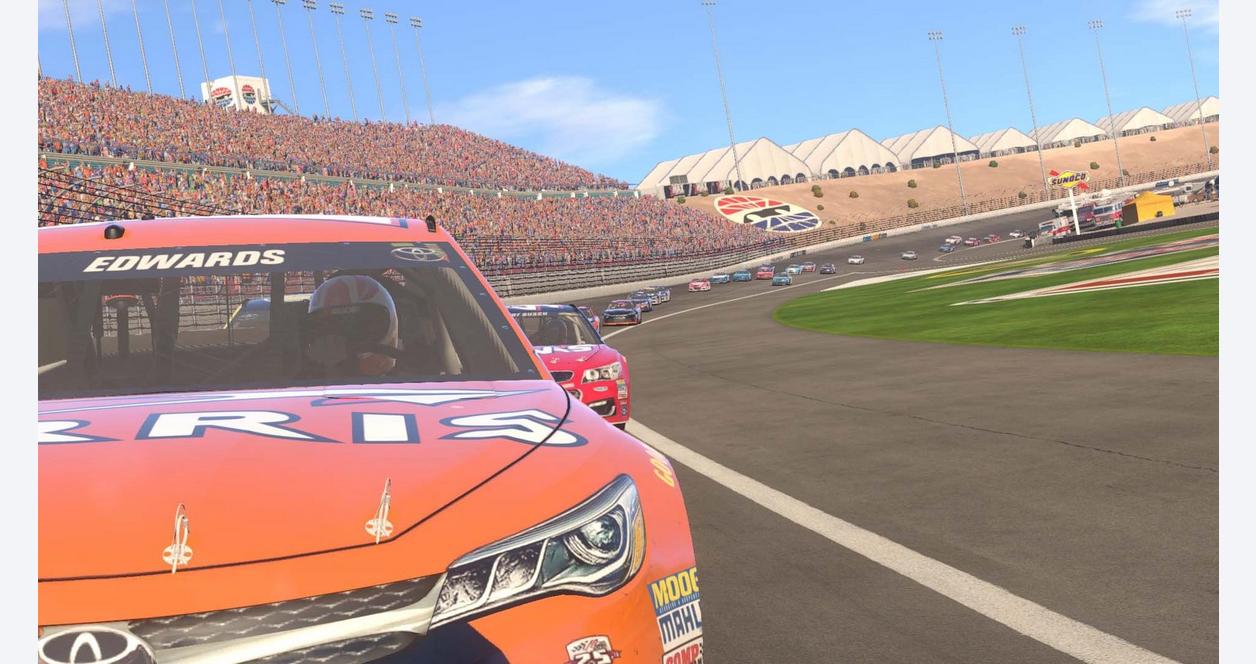 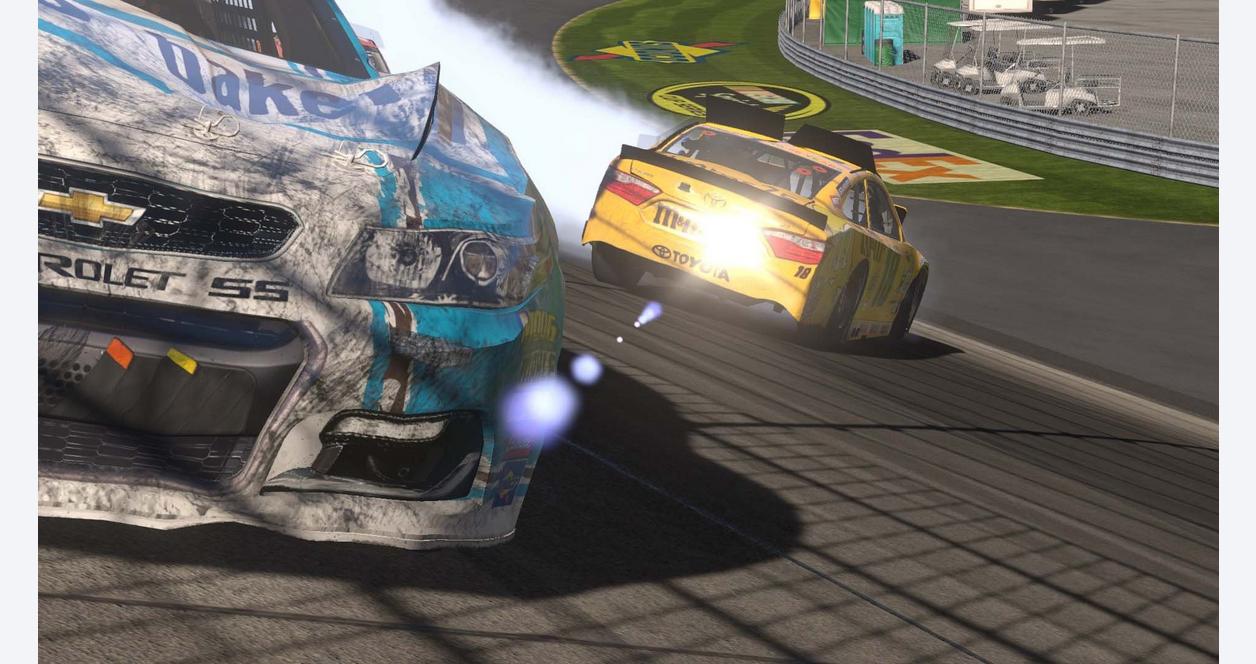 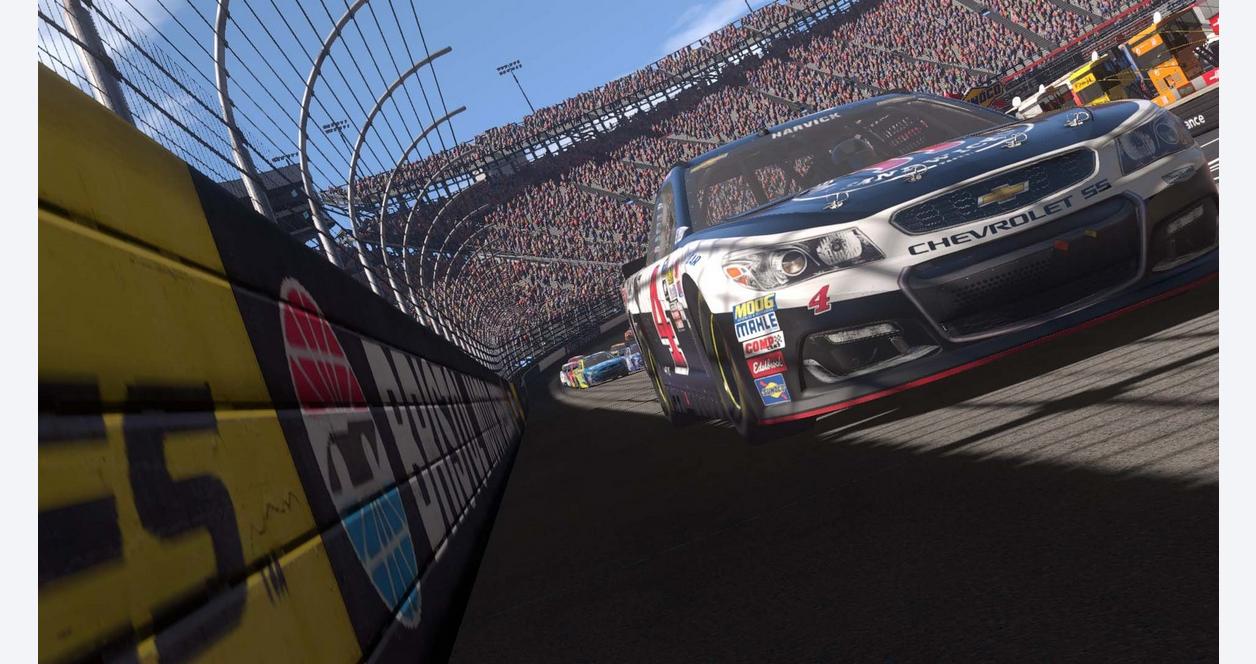 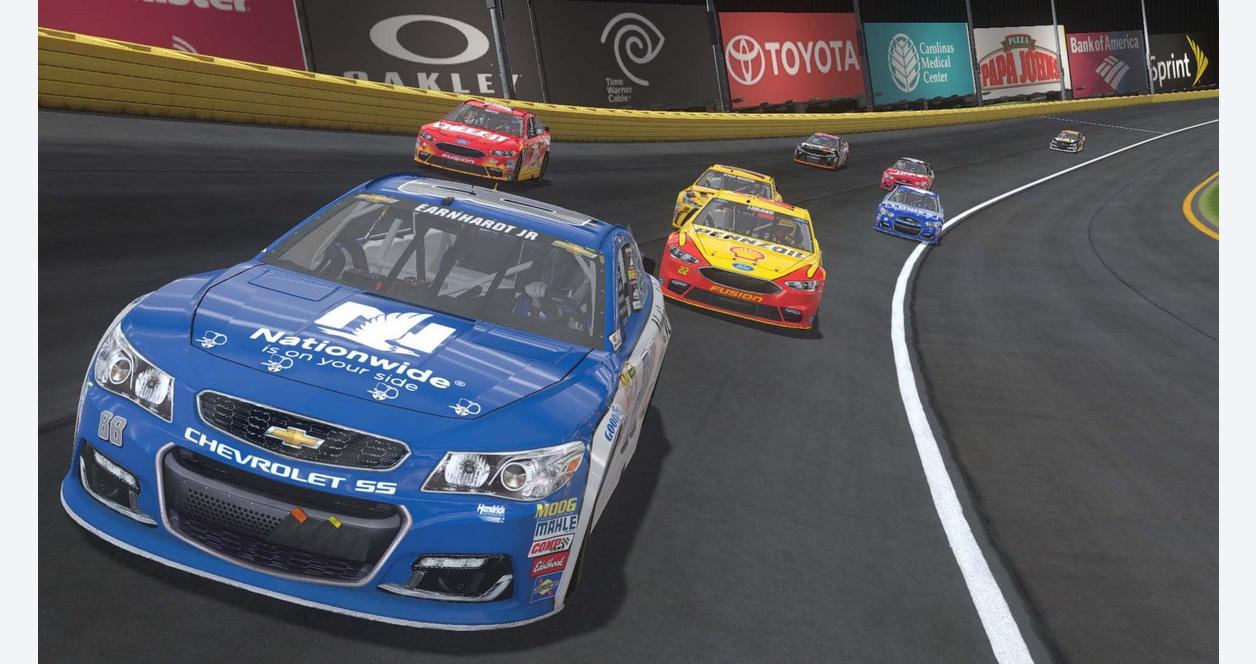 NASCAR Heat Evolution is rated 3.7 out of 5 by 93.
Rated 3 out of 5 by Jason young from Game play It's ok but the graphics are generic it's hard to get your car set up for the tracks
Rated 5 out of 5 by puppyboy97 from Pretty fun Its pretty fun i got the game for me and my mom to play she is a big NASCAR fan
Rated 1 out of 5 by Itz_Nugget_Gamer from Get the Newer Nascar Heats instead Little to no features, online is trash, frame rate can stay steady. Overall horrid experience. Nascar Heat 2, 3, and 4 all hail in comparison to this clunky game
Rated 5 out of 5 by NicksGarage14 from Great!!!! I've always loved NASCAR games and this one is no different! I've unfortunately purchased the newer NASCAR games out of order (Heat 3, 2, 4 then this one) I've enjoyed this one just as much as 2, 3 & 4!!!
Rated 3 out of 5 by KSW6 from Great game but it doesn't live up to what it neces I've owned this product for a week I like to play it for the fact that it is in NASCAR racing game. But on the cover of when it says they focused on the real experience I wish that the amount of laps per track were longer and that they were caution Flags because the cars do spin out of control with the littlest tap. Those will be a couple suggestions for them to live up to what they say on the back cover as far as the real experience is concerned also I know that NASCAR drivers race more than eight laps per race .
Rated 3 out of 5 by pjdanderand from good for one person I did not realize this game cannot be enjoyed by two people at the same time unless you are on the internet. Other than that it is great fun!
Rated 5 out of 5 by Dave2015 from Great fun I have enjoyed the realism and perspective when playing. It is fun, but I will eventually grow tired of it as there is only so much you can do. Still fun to play.
Rated 1 out of 5 by Prehistoricdog from Worst Nascar game ever This is the worst Nascar game I've played yet. There were Nascar games made ten years ago that were done better.

Is this game a two player game.

How many ppl can play this game at once?&nbsp;

Can you use steering wheel and pedals with this game? 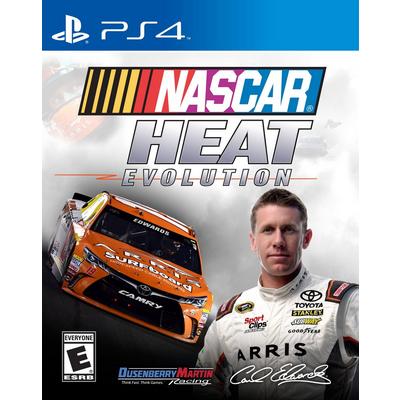 NASCAR Heat Evolution
PlayStation 4
Buy a New or Pre-Owned Xbox One, PlayStation 4, Xbox 360, or PlayStation 3 Console, get 5 compatible Pre-Owned Games (valued $19.99 or less) for $50! Cannot be combined with any other offer. Add items to cart for discount.