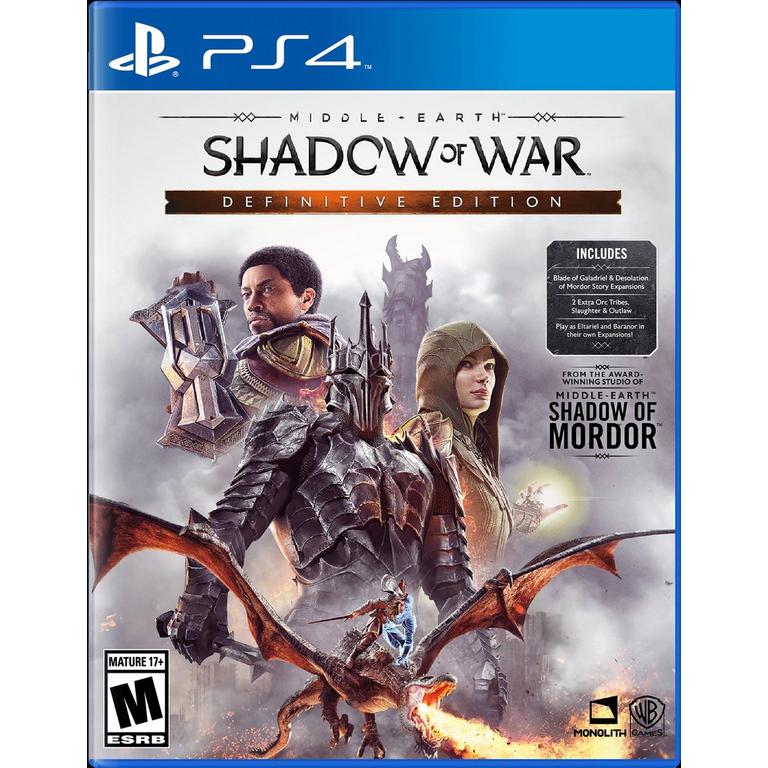 PLAY THE DEFINITIVE EDITION OF MIDDLE-EARTH™: SHADOW OF WAR™!

Immerse yourself in the epic war for Middle-earth as you confront the Dark Lord Sauron and his Ringwraiths. Forge a Ring of Power to dominate your enemies and command your followers as you experience a unique, personal story brought to life by the award-winning Nemesis System.

The Definitive Edition includes all DLC:

Experience an epic open-world brought to life by the award-winning Nemesis System. Forge a new Ring of Power, conquer Fortresses in massive battles and dominate Mordor with your personal orc army in Middle-earth™: Shadow of War™. 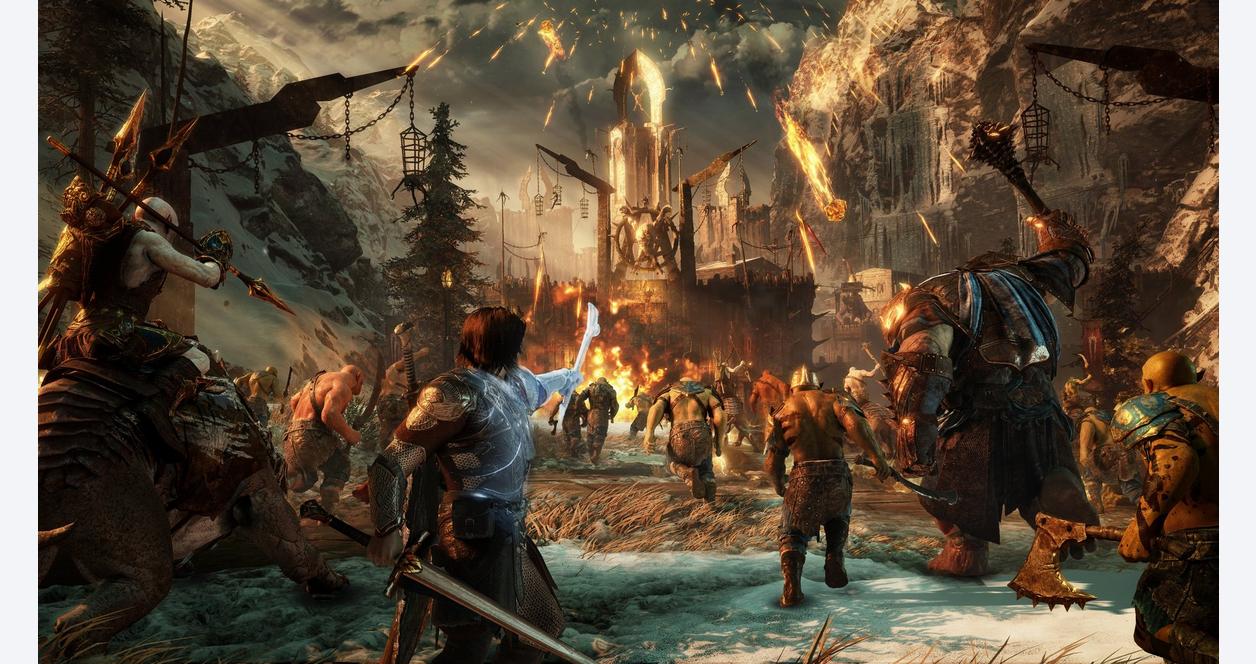 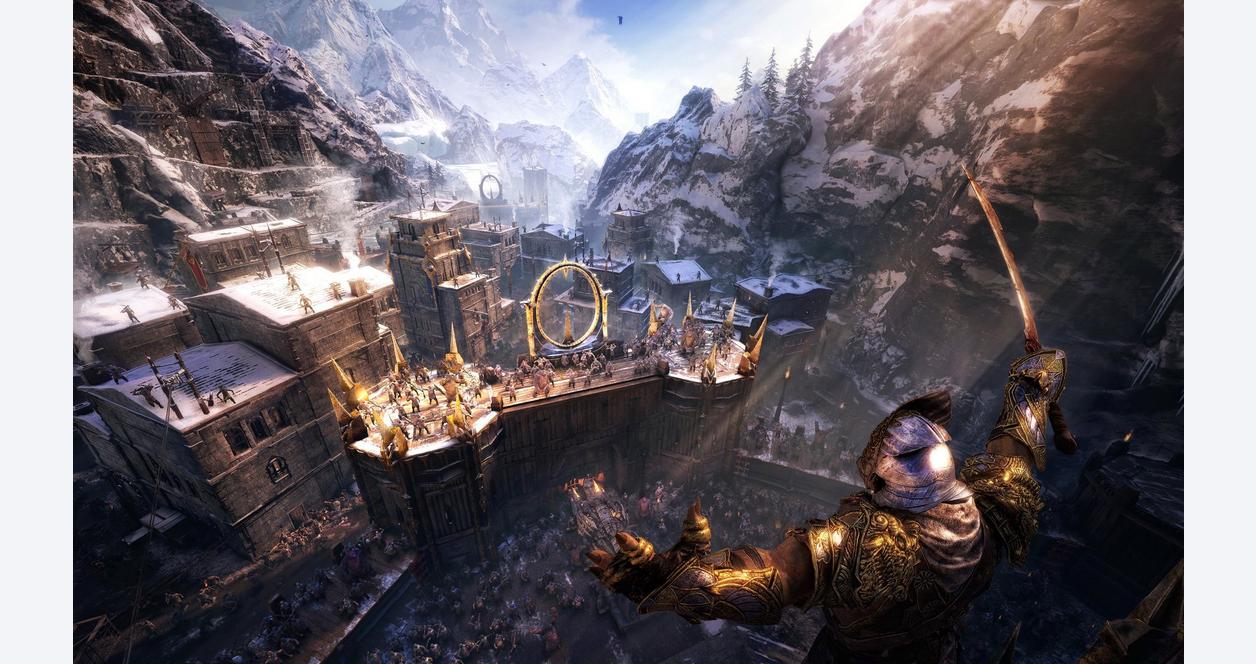 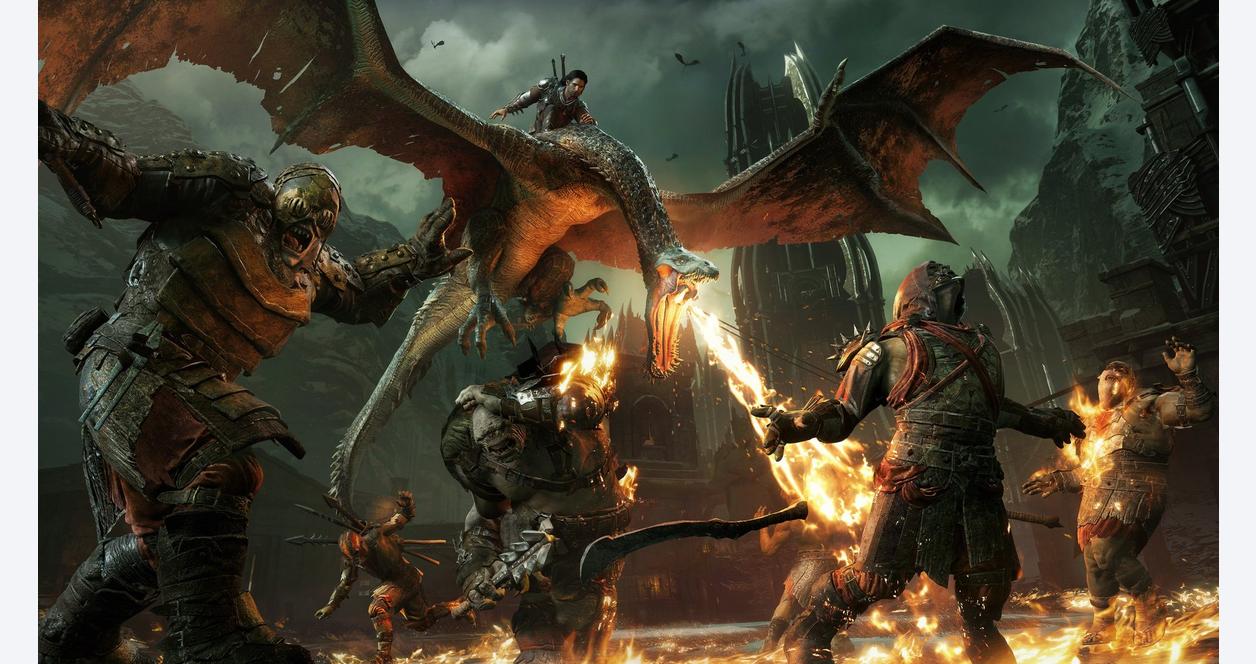 Middle-earth Shadow of War Definitive Edition is rated 4.5 out of 5 by 8.
Rated 5 out of 5 by DennDenn from Awesome fun time with great story & graphics The definitive edition is more fun. You can play another character who has different powers. The expansion dlc are recommended for fans of this game like myself.
Rated 5 out of 5 by morrit17 from Amazing sequal to a great game! I bought this as a gift, but I also own this for myself and it is an amazing game. The person I bought this for recieved a few newer games and they are playing this over the others.
Rated 3 out of 5 by NahYo from Moderate downgrade Compared to the fast and furious fun of the first one, this was quite an underwhelming follow-up.
Rated 5 out of 5 by Michael75 from Shadow of War It is much better now without the micros transactions are gone from this game! Very fun game for a single player!
Rated 3 out of 5 by Game On Chattanooga from A fair, sometimes fun Orc slaying simulator This action romp in Middle Earth feels very similar to the first installment. It's head smashing action never lets you down but lacks in the graphics department. Shadow of War doesn't depart from the first game which hobbles the potential for what could be an amazing experience. Voice acting is on point, the epic musical score is top notch but a few design choices hinder Shadow of War. Get this to continue the story if you want but really get it on the cheap because it's nothing you haven't played before. Also the Orcs are really chatty for some reason which isn't a good thing.

Is this the deceitful definitive &quot;gold edition&quot;? Or is this actually the game with all the content like &quot;GOTY edition&quot;?

Asked by: Mack Z
Its like tge game of the year, just need to use your download code
Answered by: ShortySquatch

Is this a physical copy and does it require WiFi to get all the content? Or is it all on the disc itself?

Asked by: Hiccup777
It does have a disc, but the extra content that was made for the game, the 2 tribes and 2 story dlcs, needs to be downloaded, new versions should include a voucher code. The disc does however include all updates that were made to the game.
Answered by: Rax66511

Asked by: DGThouse
No, it comes with a code to unlock the dlc
Answered by: Judgemental_Reign 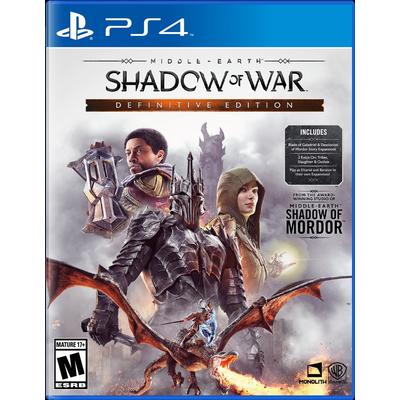