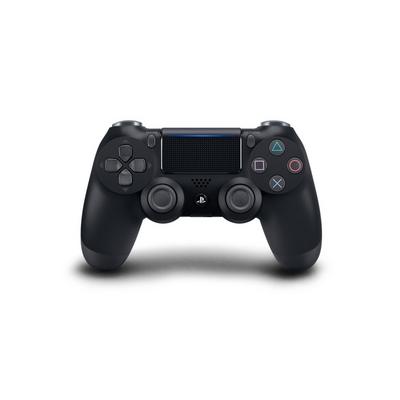 Go all out in The Yard, a brand-new backyard football-inspired mode in Madden NFL 21 where wild gameplay moments, house rules, and a fearless attitude are the name of the game.

Kick-off your experience on the all-new Madden NFL 21 Mobile app and enter The Yard: Underground. Here, you’ll create and customize your one-of-a-kind Avatar and swag out with the freshest gear you’ve ever seen in Madden. Play solo challenges to begin earning Cred, collecting Rep to grow your Madden Rank for bragging rights, and unlock fresh gear for your avatar so you can take your skills to The Yard in style. Connect and login to your EA account to seamlessly swap from your solo The Yard: Underground experience on mobile to The Yard on Madden NFL 21 online with friends. As long as you’re logged in, you’ll have access to your Avatar, earned rewards, progression, and Gear collection all season. So, whether you’re playing on mobile, console, or PC, you can play The Yard anywhere.

Access new field locations around the globe with unique vibes and varied rule sets, from Miami Port to Berlin, anywhere, anytime. Lookout for content updates all season including new locations, and new and exclusive gear drops along the way. The rising generation of NFL superstars has been dropping dimes and creating in space for years, way before they got to the league. Now, it’s your turn. Rally the squad, gear up, and create a legacy of your own in Madden NFL 21: The Yard.

Entitle for MADDEN NFL 21 on PlayStation 4 before the release of MADDEN NFL 22, and upgrade to MADDEN NFL 21 PlayStation 5 at no additional cost. Discless consoles require a digital entitlement to upgrade.* Visit easports.com/nextlevel for more information

Asked by: Caleb7925
Well according to the EA website it should transfer over like for like. &nbsp;I think that if you went disc less you&rsquo;ll have to go discless on ps5 also.&nbsp;
Answered by: Fraink

Is there something called a beta where you can play earlier and how much earlier if this is true?

Asked by: Chrissy767
Yeah when you pre-order the deluxe edition or the MVP edition you get 3 day early access but it says the code will be sent 2 days after the order ships on business days but I don't get how I am supposed to get the code for early access after the game is released?
Answered by: Nick375

When i go into the game and load up face of the franchise it says connection failed. First question why does it say that? And do I need PSN to play this game mide&nbsp;

Asked by: Bobby lashly
Madden NFL 21 MVP Edition is rated 3.3 out of 5 by 20.
Rated 1 out of 5 by Anonymous from Not for kids anymore There game should be about football period. I'm sick of the cussing music and political nonsense. Kids should not play this game.
Rated 3 out of 5 by Anonymous from Madden 21 Basically the same as last year just a little prettier, just wait for next gen
Rated 1 out of 5 by Anonymous from COPY PASTED 20 AND SLAPPED A 21 ON IT Please dont buy this game it is horrible and they wont change it in any way like they didn't make any changes to the most popular mode franchise mode and that drove most of the fan base away before the game even released. PLEASE REFRAIN FROM WASTING YOUR MONEY ON SOMETHING I COULD MAKE IN MY GARAGE WITH A LAPTOP!!!
Rated 1 out of 5 by Andrew4612 from EA SORTS took out money & let us down worse than e Don't buy this game!!!! Your just encouraging them (EA SPORTS) to jack up the price & take your money after giving you nothing. Two weeks into the release, they still haven't still haven't fixed Solo Battles. That also means there will be no Weekend League. Without Solo Battles, this game is useless. The things that are playable are like playing an antique version of Madden. Many of the challenges are impossible to play. Earning training points is wishful thing. Game coins are almost as bad. BUT, they'll sell ya card packs in a heartbeat but ya can't do anything with em. (upgrade em) No hoe in sight so far for a Solo battles repair. EA Sports has gone to far with fumbling the ball repeatedly this time. After playing Madden literally for decades, I' one forever.
Rated 5 out of 5 by Anonymous from Theres a storm coming Its madden and if you liked the last youll like this one
Rated 1 out of 5 by JoJo Beanz from Don’t waste your money. Some graphics and very minor player movement changes. Essentially the same game as last year.
Rated 5 out of 5 by Dangles12345 from Love it I’m glad I preordered it because of the bonuses and I like the new cosmetic look of it