Mild Lyrics
Madden NFL 21 Deluxe Edition is rated 3.5 out of 5 by 15.
A new generation of players are leaving their mark on the NFL. Will you rise to the occasion Read More
$79.99

Go all out in The Yard, a brand-new backyard football-inspired mode in Madden NFL 21 where wild gameplay moments, house rules, and a fearless attitude are the name of the game.

Kick-off your experience on the all-new Madden NFL 21 Mobile app and enter The Yard: Underground. Here, you’ll create and customize your one-of-a-kind Avatar and swag out with the freshest gear you’ve ever seen in Madden. Play solo challenges to begin earning Cred, collecting Rep to grow your Madden Rank for bragging rights, and unlock fresh gear for your avatar so you can take your skills to The Yard in style. Connect and login to your EA account to seamlessly swap from your solo The Yard: Underground experience on mobile to The Yard on Madden NFL 21 online with friends. As long as you’re logged in, you’ll have access to your Avatar, earned rewards, progression, and Gear collection all season. So, whether you’re playing on mobile, console, or PC, you can play The Yard anywhere.

Access new field locations around the globe with unique vibes and varied rule sets, from Miami Port to Berlin, anywhere, anytime. Lookout for content updates all season including new locations, and new and exclusive gear drops along the way. The rising generation of NFL superstars has been dropping dimes and creating in space for years, way before they got to the league. Now, it’s your turn. Rally the squad, gear up, and create a legacy of your own in Madden NFL 21: The Yard.

Entitle for MADDEN NFL 21 on PlayStation 4 before the release of MADDEN NFL 22, and upgrade to MADDEN NFL 21 PlayStation 5 at no additional cost. Discless consoles require a digital entitlement to upgrade.* Visit easports.com/nextlevel for more information

What is the difference between standard and deluxe

Asked by: TriggaAnt
You recieved Tony Romo in ultimate team. An more cards for ultimate team
Answered by: saintbozack

Has anybody else got the game yet!? Its 2 days past release&nbsp;

Asked by: Better be good
yes this game is fun
Answered by: sneaker boss

If I buy this will I be able to use it for ps5?

Asked by: Julio10283838
Yes, the PS5 is backwards compatible unless you get the digital version of the PS5. EA typically provides an update to the next gen game as well.&nbsp;
Answered by: BigDaddyBoz

does it come with madden the yard

Asked by: dpayne48
yes, the yard is one of the diff types of modes u can play in madden
Answered by: joshua kuy

if i preorder this for ps4 do i get it transferred to ps5 or will i have to buy the entire game again?

Asked by: Anonymous
It will transfer to PS5 for free
Answered by: Zeppelin013
Madden NFL 21 Deluxe Edition is rated 3.5 out of 5 by 15.
Rated 5 out of 5 by Anonymous from Lots of fun! I haven’t played Madden in a few years and this game is a lot of fun. Full disclosure, I’m a Bengals fan so Just playing with Joe Burrow was worth getting the game. But there are a lot of fun game modes here. I’m not a fan of MUT, but The Yard and Superstar KO are both a lot of fun. There are some odd things that happen with the commentary and the graphics now and then, but hopefully they’ll clean that up with patches later on. Overall it’s a great game.
Rated 1 out of 5 by Brando813 from Read the description. It’s only the worst football game ever created. I wish I was exaggerating.
Rated 1 out of 5 by Mattg123451 from Trash This is the worst game I have ever seen. Same game for the past 8 years. Definitely don’t recommend. #FixMaddenFranchise
Rated 5 out of 5 by Anonymous from This game is balls!!! I thought this was a good game but then I realized it was like lonzo ball’s free throw shot aka TRASH!!!!!!! 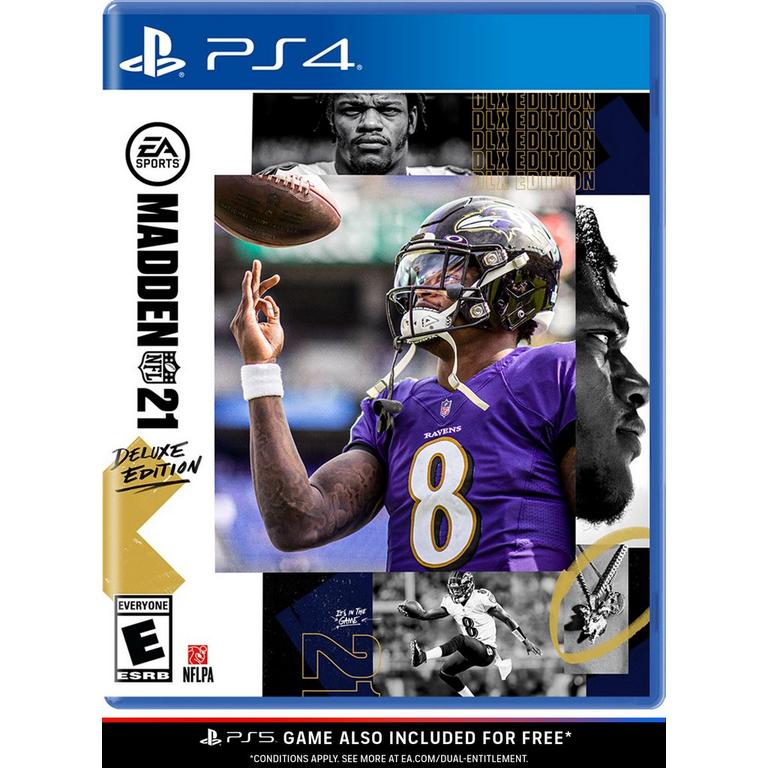