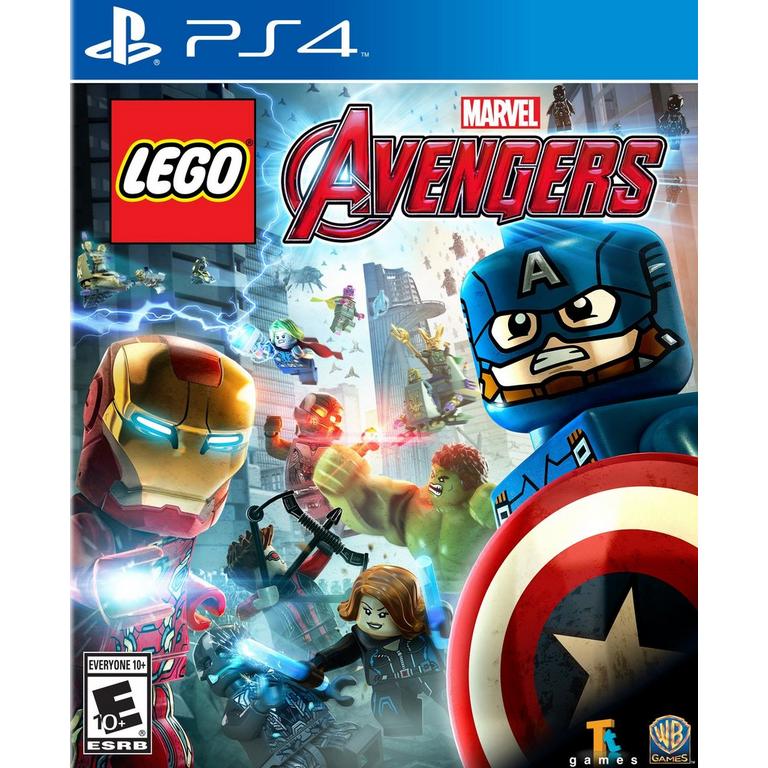 When Lego Marvel's Avengers was first announced, it felt a bit like a step back for that segment of the multifacited Legoverse. Lego Marvel Superheroes was an original tale with a huge cast of characters from throughout Marvel's history. While Marvel Avengers certainly has the trappings of a rote Lego movie-based game (dialogue ripped from the films and familiar story beats), it is already shaping up to be much more. In addition to the plots of both Avengers and Age of Ultron, the recently delayed Lego title includes other cinematic moments (Agent Carter and Agents of S.H.I.E.L.D., please) as well as segments from the comics.

We got a look at characters who haven't been on screen yet, including the updated Squirrel Girl, Kamala Khan as Ms. Marvel, and over 100 new characters. That's in addition to returning heroes and villains from the last Lego Marvel outing.

The game also has new hub areas, including the Barton farm from Age of Ultron. My hands-on time took us back to the climactic Battle for New York, which rippled across the Marvel Cinematic Universe. Hulk can now charge up his jump Ultimate Destruction style, and while he didn't play much of a role in what we played, we got to see him in action before. With Black Widow, Hawkeye (now with more trick arrows), Thor, and Captain America on the team, I fought off Chitauri, solved puzzles, and took advantage of new finishing moves and team-ups.

Each character portrait now includes a meter on the rim. Executing a finishing move on an enemy takes up about one-third of your power. Once it's filled though, you can trigger a team-up move that wipes out many of the enemies in the vicinity. Each duo has two different moves, depending on who triggered. Despite the constraints of using the pre-existing dialogue, the writing is still sharp and well aligned with the on-screen action.

Unfortunately, we didn't get time to take Iron Man out for a spin. Tony has been hard at work since Lego Marvel Super Heroes. Instead of swapping among the different Iron Man suits using the character grid, switching up suits pulls players into the suit. Each armor set has a different animation, with the Mark I calling in Stan Lee to weld it on and the Mark V entombing Tony from its portable briefcase storage. The Hulkbuster is on hand (and, yes, you will get to fight the Hulk). Stan Lee isn't left out, as he has his own mustachioed Iron Stan armor and even a Stanbuster suit. It comes with a typewriter, lamp, and pencil cannon.

I understand why we're waiting to play Lego Marvel's Avengers considering Lego Dimensions is likely to get the spotlight this fall. However, the wait to January 26 just got longer for me now that I've had hands-on time.

LEGO Marvels Avengers is rated 4.3 out of 5 by 250.
Rated 4 out of 5 by Jeffreya from Review Enjoyable, though some of the movie scenes are a bit long.
Rated 5 out of 5 by DaAL from LEGO Marvels Avengers Nice image great game love playing it. Just wish it was a single player game
Rated 2 out of 5 by Jonnygotham86 from Not my favorite LEGO game, but worth trying out. I bought this as a used copy, just for the sake of having something linked to Marvel. But the controls are little difficult, and there’s a few glitches that make it unbearable.
Rated 1 out of 5 by Linda Spencer from Lego marvel avengers We bought the game but it doesn't play so that's why I gave it 1 star
Rated 1 out of 5 by Luis Hdz Jr from damaged disk The game was damaged, it was not scratched, it only marked a damaged disk.
Rated 3 out of 5 by Yolanda77 from It was a good game with good graphics. It was nice to play but the game got me nausea after playing it for five minutes.
Rated 5 out of 5 by Konchence from LEGO Marvel’s Avengers Great LEGO game! If you’re a fan of LEGO games and Marvel then this one is a must to plan. It’s a lot of fun.
Rated 4 out of 5 by ebfg81 from Great addition to our collection! My 7 year old loves it. They really did a good job with including multiple storylines from the cinematic universe. It feels a little aged compared to some of the newer Lego games but still worth owning. 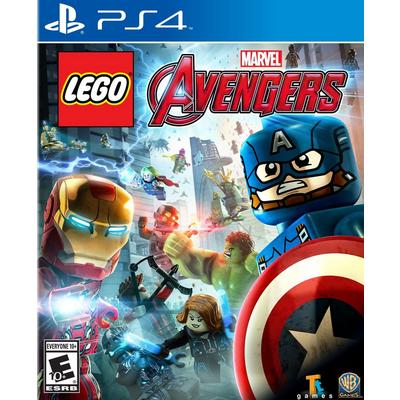 LEGO Marvel's Avengers
PlayStation 4
Buy a New or Pre-Owned Xbox One, PlayStation 4, Xbox 360, or PlayStation 3 Console, get 5 compatible Pre-Owned Games (valued $19.99 or less) for $50! Cannot be combined with any other offer. Add items to cart for discount.