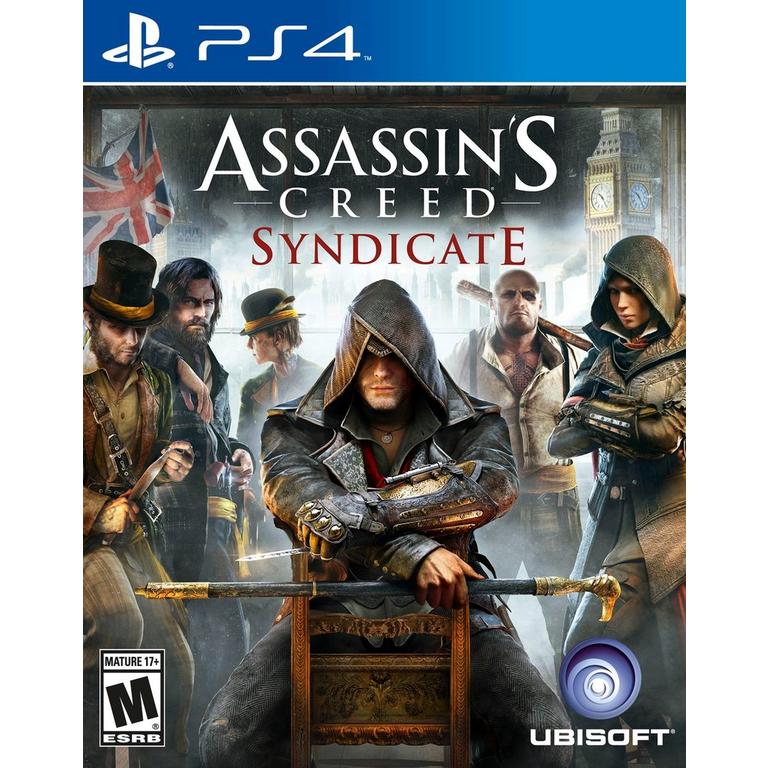 WELCOME TO THE FAMILY - London, 1868. The Industrial Revolution fattens the purses of the privileged while the working class struggles to survive – until an Assassin emerges from the underworld to rally to their defense. Rise to lead the world's first organized crime family. Conquer the streets of London. Bring the ruling class to their knees. Make history in a visceral adventure unlike any game you've played before.

TAKE OVER THE LONDON UNDERWORLD

With Jacob as the leader, gamers can establish Great Britain's fiercest gang, the only force that can challenge the elite and defeat rival gangs to bring freedom to the oppressed masses. Enemy strongholds can be infiltrated by using an arsenal of weapons to dominate London's underworld. From robbing trains to rescuing child laborers, players will stop at nothing to bring justice to London's lawless streets.

THE FIRST ASSASSIN AT THE BIRTH OF THE MODERN AGE

As the brash, rebellious Jacob Frye, put up your dukes and take on your enemies. Use improved stealth tactics to elude your enemies and unleash your arsenal of weapons, including the kukri knife, brass knuckles, and sword cane. Utilize new technology like the rope launcher to scale buildings in seconds and take your enemies by surprise.

From Buckingham Palace to Big Ben, fight and triumph across the massive open world of Victorian London. Parkour across moving vehicles to track down enemies or escape after a daring raid, hijack carriages to engage in a no-holds-barred street race, or blaze a trail of destruction aboard steamboats along the River Thames.

Hold nothing back as you unleash lightening-fast multi-kills and counter-moves, with an offense-heavy combat system. Approach each fight the way you want, whether it's with new weapons or using the environments around you to execute unique, creative takedowns.

MASTER THE ART OF STEALTH AS EVIE FRYE

Play as Jacob's twin sister Evie, a relentless Assassin who has perfected the silent, swift, invisible strike. Parkour across London's immense open world using your status in London's leading crime syndicate to change the city for the better. 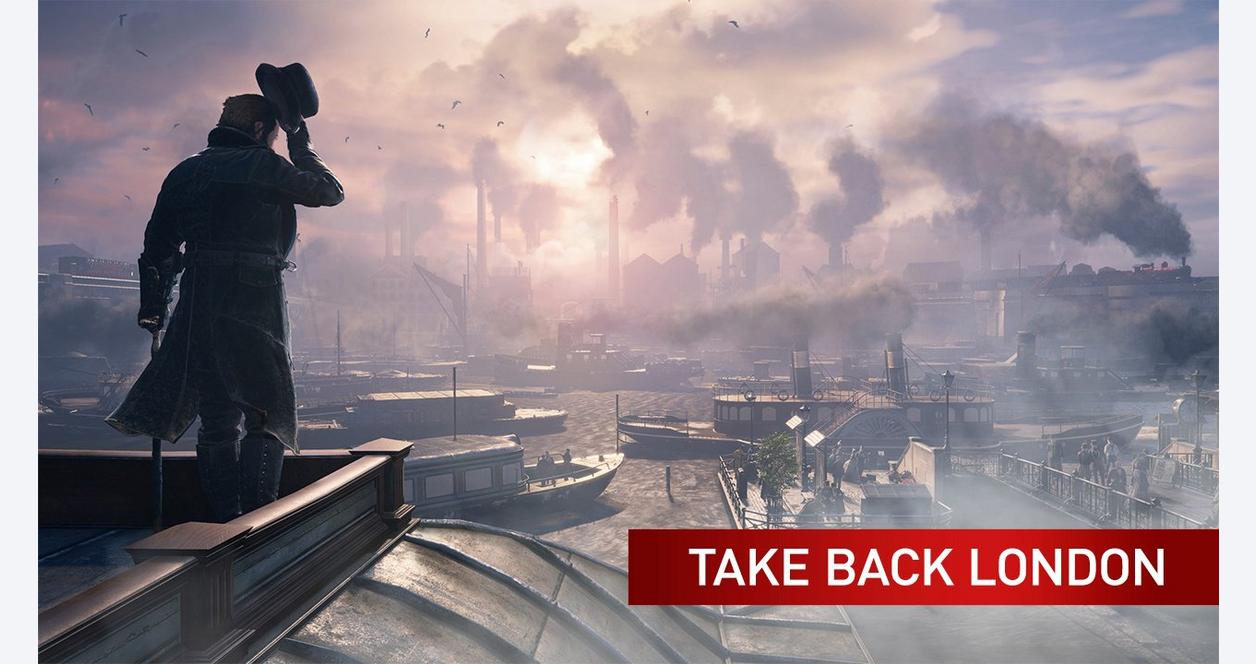 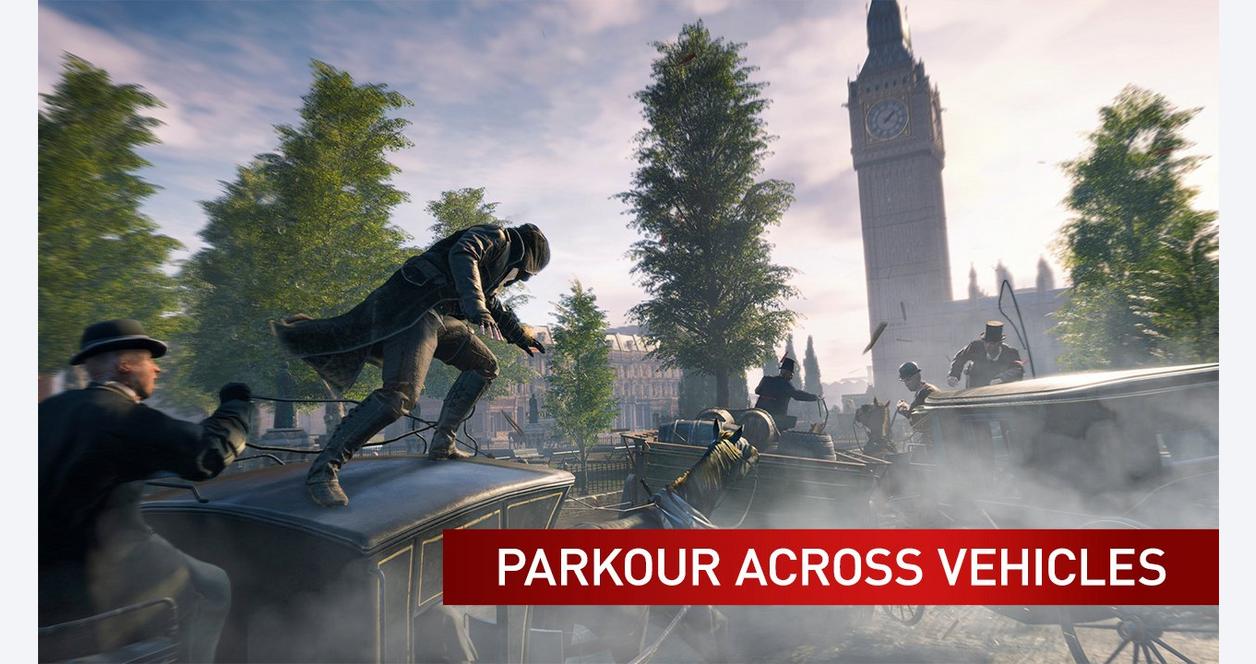 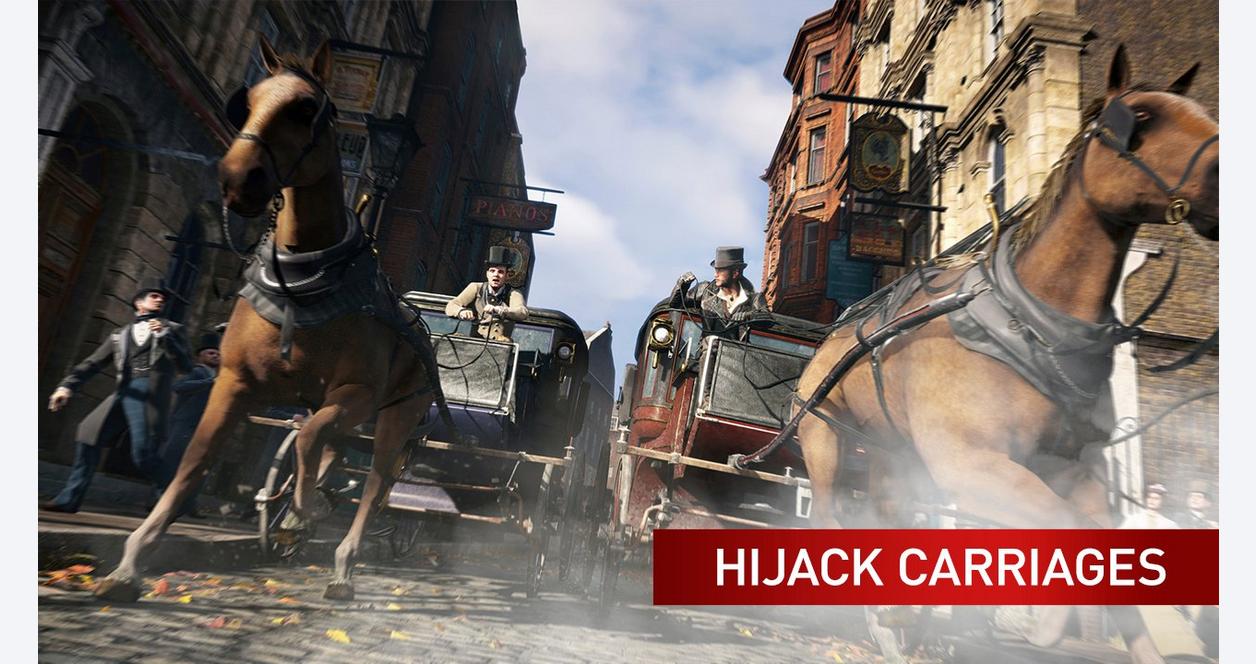 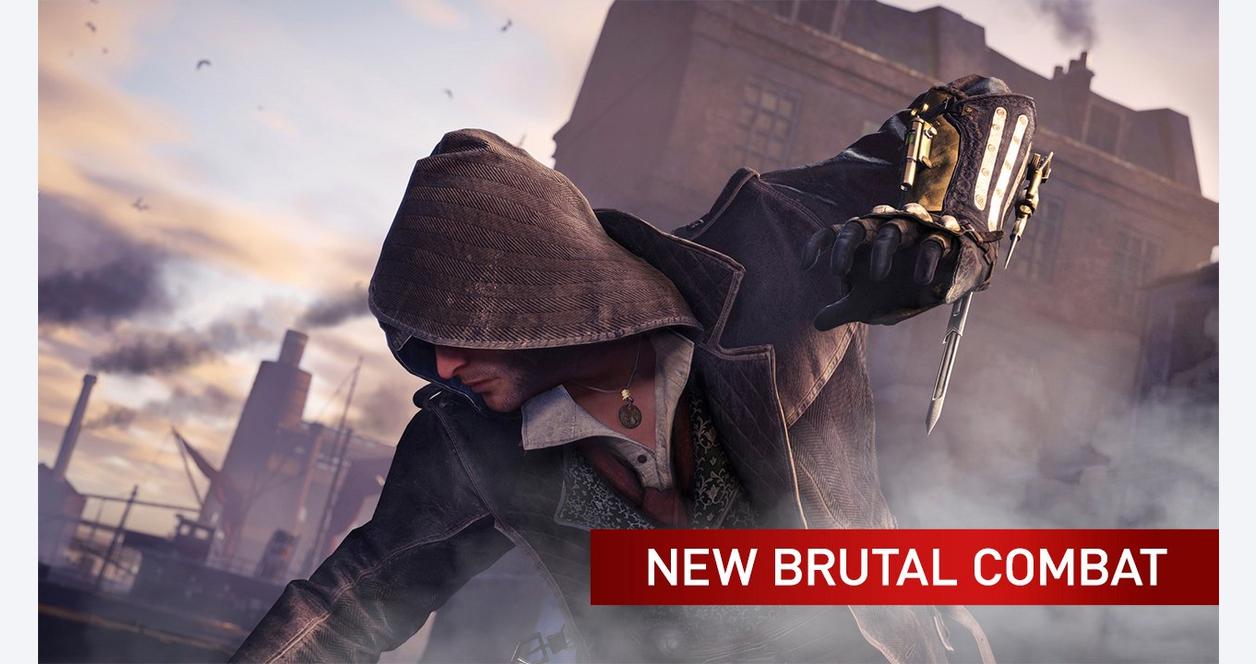 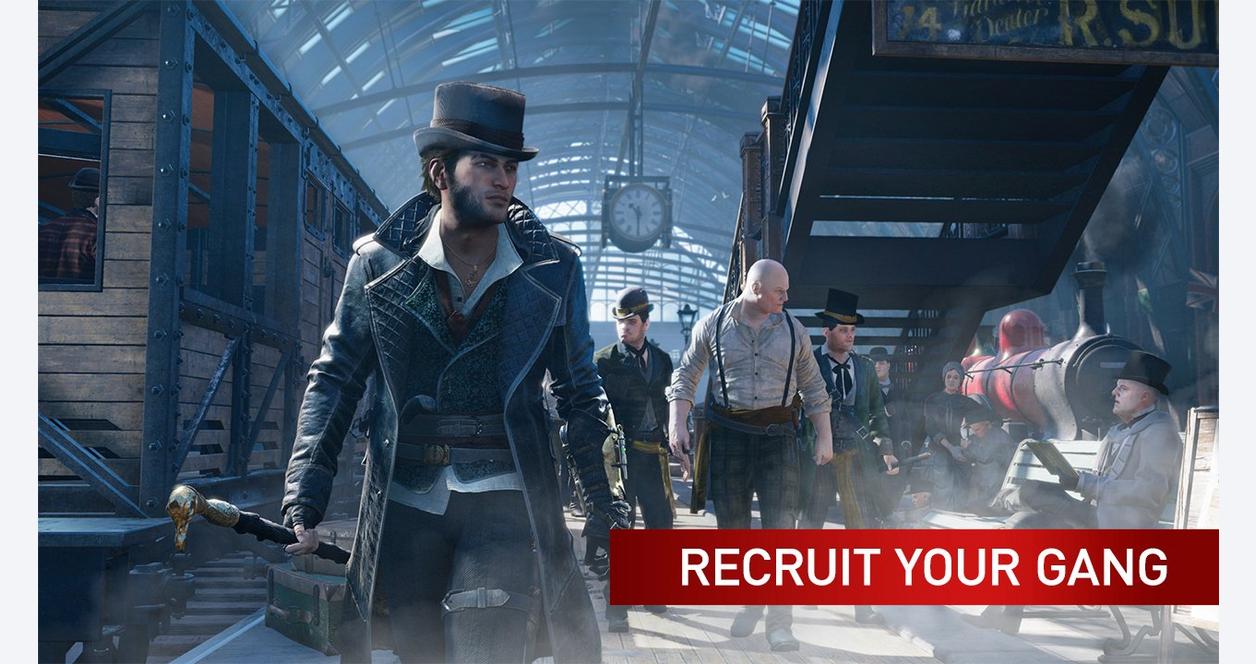 Assassins Creed Syndicate is rated 4.3 out of 5 by 441.
Rated 3 out of 5 by Sheek Louch from I like it. It's okay I just wish I didn't have to wait till I get to a certain level to fight different guards.
Rated 4 out of 5 by Unknowns from Cheap and fun. Fun for a older title, worth the small price for such a large game.
Rated 4 out of 5 by 7hearts from Different feel to it It doesn’t feel much like an assassins creed game but that isn’t necessarily a bad thing. It feels like it’s a stand alone game. The parkour is slowed down compared to other games, and most of your time spent is dealing with gangs rather than individuals with back story, although there are a few main people to take down. The appeal in this game for me, as always, is the people from history. Charles Darwin, Dickens, Alexander Graham Belle, Karl Marx, Queen Victoria, Winston Churchill, Jack the Ripper... and a glitch that allows you to briefly fight in WW1. There’s very little reliance on the hidden blade, but the cane sword does not disappoint.
Rated 4 out of 5 by GameGoat01 from How amazing Assassin’s Creed is It is not a super known assassin’s creed game but the amazing animations and textures make it a perfect game.
Rated 5 out of 5 by Lizars from Diablo has been played assassin hasn't yet Haven't played assassin yet but diablo is awesome in my mind..
Rated 5 out of 5 by ViciousReality from Good game Just got back into the franchise, new combat system is great, put 70hrs into black flag immediately before starting syndicate so it was a noticeable improvement.
Rated 4 out of 5 by Karuccci from Good game overall Good game overall. If you like the 1900s industrial era this game is for you
Rated 4 out of 5 by Dagh83 from Fun but expensive Great game fun but downloads are way more expensive then it should be.

Does the gold version of this game contain all of the DLC on the disc itself or is there a code that you use at the PSN store to get the season pass/all the extras etc, similar to destiny?

Asked by: Floormat77
The Gold Edition comes with all DLC ( season pass) but does NOT include dreadful crimes.
Answered by: J Ward 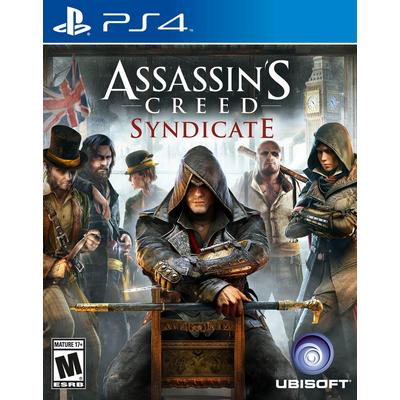