Blood
Intense Violence
Nudity
Strong Language
Strong Sexual Content
Use of Drugs and Alcohol
Watch Dogs is rated 4.0 out of 5 by 143.
Please Choose An Option

Blood
Intense Violence
Nudity
Strong Language
Strong Sexual Content
Use of Drugs and Alcohol
Watch Dogs is rated 4.0 out of 5 by 143.
Please Choose An Option

Universal
Buy Now
In today's hyper-connected world, Chicago has the country's most advanced computer system – one which controls almost every piece of city technology and holds key information on all of the city's residents. You play as Aiden Pearce, a brilliant hacker, whose criminal past lead to a violent family tragedy. Now on the hunt for those who hurt your family, you'll be able to monitor and hack all who surround you while manipulating the city's systems to stop traffic lights, turn off the electrical grid and more. Use the city of Chicago as your ultimate weapon and exact your own style of revenge.

Set in Chicago, where a central network of computers connects everyone and everything, Watch_Dogs explores the impact of technology within our society. Using the city as your weapon, you will embark on a personal mission to inflict your own brand of justice.

You play as Aiden Pearce, a brilliant hacker and former thug, whose criminal past led to a violent family tragedy. While seeking justice for those events, you'll monitor and hack those around you by manipulating the ctOS from the palm of your hand. You'll access omnipresent security cameras, download personal information to locate a target, control traffic lights and public transportation to stop the enemy... and more.

The City is Our Weapon

Watch_Dogs takes place in a fully simulated living city. Using Aiden's smartphone, you have real-time control over the city's infrastructure. Trap your enemy in a 30-car pileup by manipulating the traffic lights. Stop a train, and then board it to evade the authorities. Narrowly escape capture by quickly raising a drawbridge. Anything connected to the ctOS can become your weapon.

Living in inner city Chicago, where violence is often answered by violence, Aiden has learned how to take the fight to the streets. Deliver devastating blows with your baton, or experience electrifying shoot-outs with physics simulation that rivals anything in the shooter category. Throughout his journey, Aiden will take on his foes with more than 30 traditional weapons.

Luckily, Aiden won't always need to traverse Chicago's streets on foot. Ubisoft Montreal has partnered with studios such as Ubisoft Reflections, the acclaimed team behind the award-winning Driver series, to provide a suite of vehicles bursting with horsepower. You'll get behind the wheel of more than 65 cars – each with state-of-the-art physics and handling – to explore Chicago's vast and intricate roadways.

Everything is Under Control

Not only does Watch_Dogs give you the ability to take advantage of the ctOS, it also allows you to explore the many layers of Chicago itself. Cut through buildings, scale rooftops, and explore the city's dangerous underground to catch your target.

You are Aiden Pearce, a man shaped by violence and obsessed with surveillance, who monitors his family 24/7 in secret to protect them from something that happened in the past. Unfortunately, his family will get endangered once again.

Pushed to his limits, he will take justice into his own hands and confront a corrupt system using every weapon available to him. Aiden will become a modern Vigilante Hero – not a hero from the 70's with a cape, but a real human being that will deal with all the repercussions of his actions.

Clara is seductive. She's dangerous. She's the trapdoor spider you never saw living right under you. She can weave her way through any system and she can expose every secret you hide.

When you're screwed beyond belief, you call in a fixer. And that's Jordi. He gets things done and gets paid good money for his services. You need a body to disappear? You gotta find a missing adversary? Someone pissed you off? You call Jordi.

The ctOS is an efficient system linking all the city's infrastructure and public security installations to one centralized hub. This system focuses on traffic efficiency, eco-development, tele-communications, and crime control throughout Chicago. It has brought notable benefits to citizens, including shorter commutes, lowered crime rates, a cleaner city, and much more.

Watch_Dogs takes place in a contemporary Chicago that's been enhanced and transformed by the ctOS. In this version of Chicago, everything is connected. Banks, security systems, communication hubs, and even the city's basic infrastructure operate via the this connected network. The ctOS provides a new take on one of the world's great cities, and it's this omniscient setting that serves as the backdrop for Aiden's story.

Learn about Watch Dogs Legion, the newest entry to the Watch Dogs franchise.

Asked by: messi jr
Hey there, sorry to hear that! Can you reach out to support.ubi.com about this issue? We'll be happy to help.
Answered by: UbisoftProductExpert

Asked by: messi jr
No
Answered by: Juan treviño 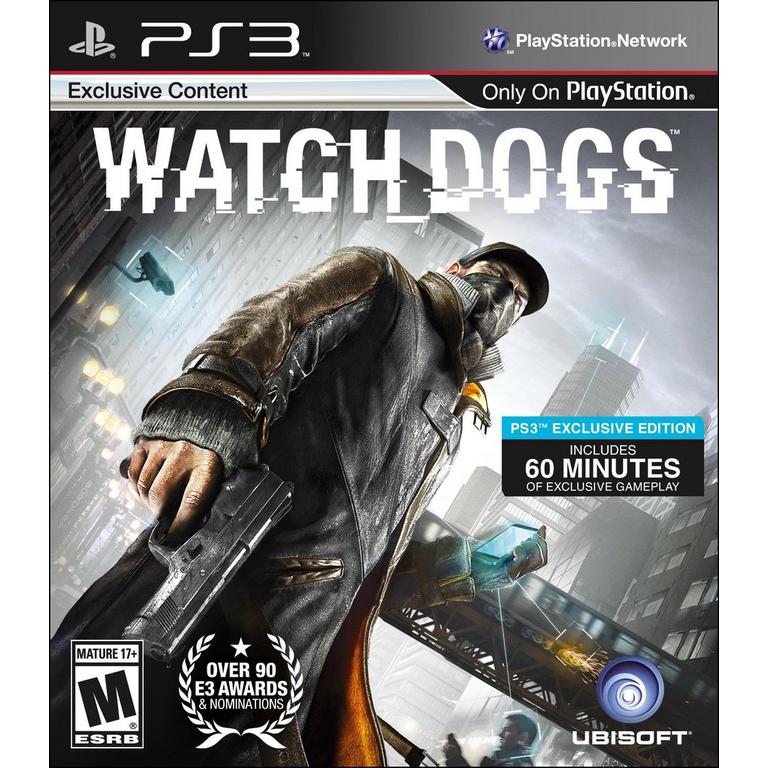