Blood and Gore
Language
Sexual Themes
Use of Alcohol
Violence
The Elder Scrolls IV Oblivion Game Of The Year Edition is rated 4.4 out of 5 by 181.

Blood and Gore
Language
Sexual Themes
Use of Alcohol
Violence
The Elder Scrolls IV Oblivion Game Of The Year Edition is rated 4.4 out of 5 by 181.
The Game of the Year edition of The Elder Scrolls IV - Oblivion also contains the expansion Read More
Please Choose An Option

Get it this way:
Free pick up at store with delivery@door
at
No availability within 15 miles. .
Change Store
Free Standard Shipping $35+
DELIVER TODAY
(FREE on orders > $75!)
Learn more
Deliver to
Verify Address Change
Please provide your address to verify you are within our delivery area.
Select Condition For Availability
Buy Together
The Game of the Year edition of The Elder Scrolls IV - Oblivion also contains the expansion packs Knights of the Nine and Shivering Isles. Oblivion is the quintessential role-playing game for the next generation and another leap forward in gaming. Step inside the most richly detailed and vibrant game-world ever created. Oblivion is the latest chapter in the epic and highly successful Elder Scrolls saga and utilizes the latest PC and next-generation video game hardware to fully immerse you into the experience. With a powerful combination of freeform gameplay and unprecedented graphics, you can unravel the main quest at your own pace or explore the vast world and find your own challenges.
After the mysterious and untimely death of the Emperor, the throne of Tamriel
lies empty. With the Empire ready to crumble, the gates of Oblivion open and
demons march upon the land-laying waste to everything in their path. To turn
the tide of darkness, you must find the lost heir to the throne and unravel
the sinister plot that threatens to destroy all of Tamriel.

In keeping with the Elder Scrolls tradition, players will have the option to experience the main quest at their own pace, and there will be plenty of opportunities to explore the vast world and make your own way. Numerous factions can be joined, such as the thieves or mages guilds, and each contains its own complete storyline and the chance to rise to the head of the faction and reap further rewards.

Oblivion is a single-player game that takes place in Tamriel's capital province, Cyrodiil. You are given the task of finding the hidden heir to a throne that sits empty, the previous emperor having been killed byan unknown assassin. With no true Emperor, the gates to Oblivion (the equivalent of hell in the world of Tamriel) open, and demons begin to invade Cyrodiil and attack its people and towns. It's up to you to find the lost heir to the throne and unravel the sinister plot that threatens to destroy all of Tamriel.

The Elder Scrolls IV Oblivion Game Of The Year Edition is rated 4.4 out of 5 by 181.
Rated 5 out of 5 by Kevin Harrison from Its Okay!! Its not as good as I expected, but its still a good game.
Rated 4 out of 5 by jetman2010 from Rainy Day Special Good story and all. Just lots to do. Can get boring at times. Still great game.
Rated 4 out of 5 by J Griff Griffin from Graphics Elder Scrolls IV: Oblivion is a solid game, with it being 8 years old. The landscape is beautiful, but my only complaint is the character graphics.
Rated 5 out of 5 by Daschweitz from A must buy Previously owned the game. Ive been a huge fan of the Elder Scrolls Series since i was a kid. Oblivion has the mystic elegance and expnasive roleplay elements that were absent in its successor, while not lagging far behind in gameplay mechanics, relative to its age. A must buy for any RPG lover.
Rated 4 out of 5 by And1losangeles from IV Pretty good overall. Graphics are good. The customization is quite good, love the choices and ability to create your own player. Gameplay is mediocre. Controls are good but the actual actions is sub par. For being on ps3 it feels like 80’s video game play. Gravity isn’t too accurate. I don’t like having to kill wolves. Story is good but it feels like the developers paid too much attention to story and not enough on the action.
Rated 5 out of 5 by DUKEofDberg from Nostalgic If you don’t know about this game just shut up and buy it. It’s as good as I remember lol
Rated 5 out of 5 by Reasonilive from Great Game In my opinion, one of the greatest games ever made
Rated 4 out of 5 by Ecodragon from Pre-Skyrim fun It’s old school graphics but a fun reminder of my first open world game. Loads of play type options from Magicka to sword & board, or my fav...archery. Lots of areas to explore. 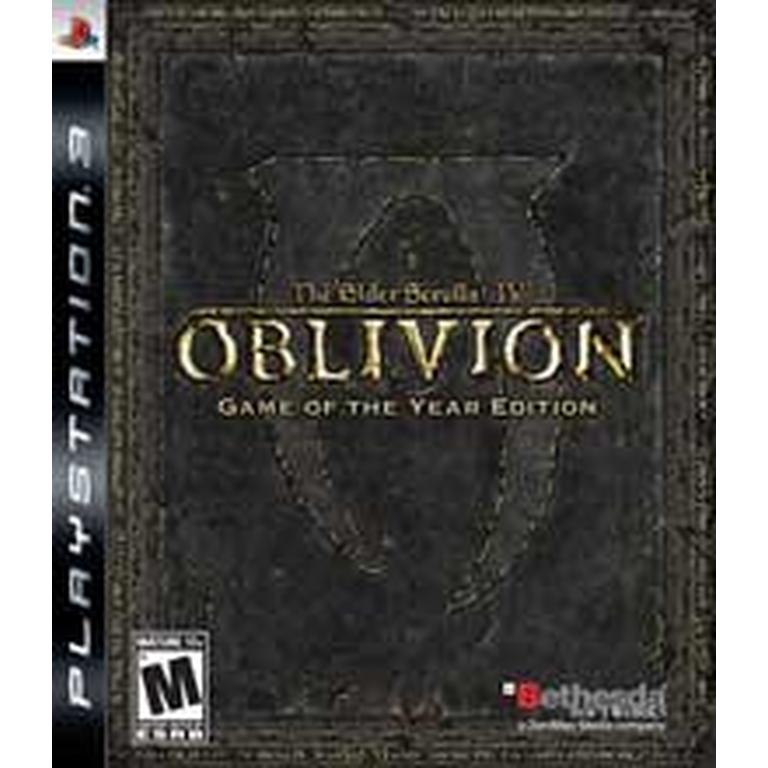