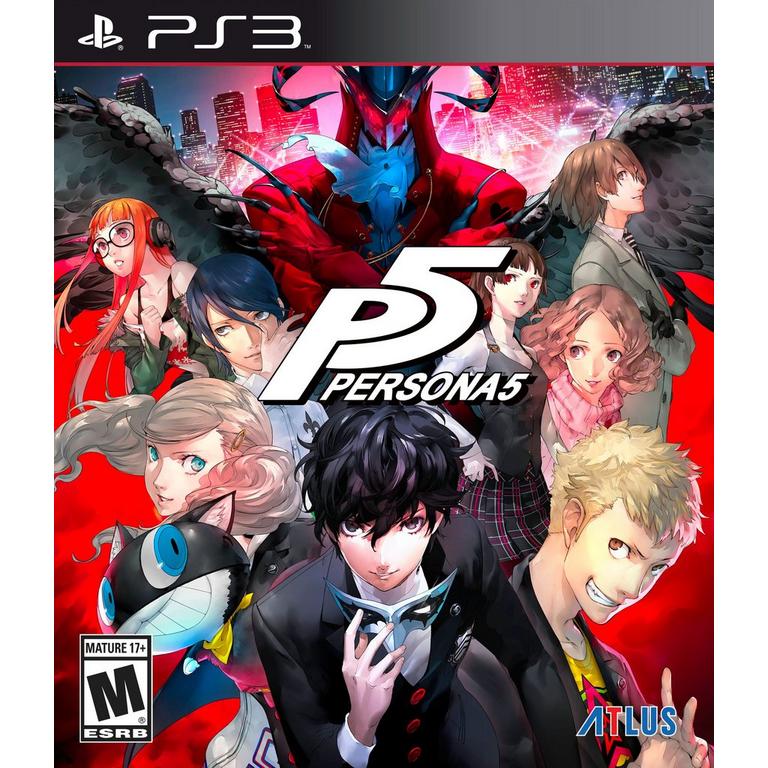 Persona 5 marks the return of the award-winning franchise on home consoles since the PS2 generation, and is the first numbered Persona game in over eight years! With fast-paced Japanese role-playing game mechanics, exciting action sequences, vibrantly stylized characters, enemies, and environments, and elegant anime-style cut-scenes, Persona 5 is unlike any of its predecessors!
More Details Less Details

The Triumph Of Thievery

Reform society by fighting demons and making evil people confess their crimes. But don't forget to keep your grades up and make friends

They may not be detailed, but the visuals are incredibly stylish and attractive. Even the victory screens and shop menus look amazing

Exploration and combat controls are straightforward and smooth. I especially like how each battle command has its own button, so you aren't scrolling through too many menu options

Persona 5's well-crafted story, exciting combat, and deep systems make it my favorite entry in the series – and the best Japanese RPG in years

The first few hours of Persona 5 feel like settling in with the opening chapters of a massive novel. Even though you don't know the characters well or understand where the plot is going, you can feel the weight behind the narrative like hundreds of pages waiting to be read. As new threads and mechanics are introduced, that depth and sense of intent persist, and Persona 5 takes the requisite time to do its many ambitions justice. The result is an uncommonly complex and satisfying RPG in terms of both story and gameplay, and when you factor in its impeccable stylishness, Persona 5 is hard to put down.

Players step into the daily life of a taciturn (but not totally silent) high-school student and divide their time between self-improvement, building friendships, and fighting evil in otherworldly dungeons. The basic structure may be familiar to fans, but Persona 5 builds on it with an intriguing premise and fantastic cast.

You lead a group called the Phantom Thieves, supernatural tricksters who enter an alternate world to steal hearts – a phrase that boils down to making high-profile villains see the error of their ways and confess their crimes. It's a great hook, and because Persona 5 doesn't rush things, you get the satisfaction of seeing your ragtag group gradually emerge from the shadows and get more notorious as you recruit more members and pull off bigger heists. This involves infiltrating “palaces,” dungeons that represent a person's perceptions – like a gym teacher who sees the school as his castle where he is free to treat students like slaves. Selecting your targets, uncovering their perceptions, and dealing with the fallout from your thefts are major aspects of the story I won't ruin. I will say that the scenarios are clever and surprising, and artfully deal with complicated themes like freedom, identity, and pride. I especially like how these smaller arcs steadily rise and fall to provide bursts of narrative payoff that propel you through the larger tale.

All players experience the core exploits of the Phantom Thieves, but Persona 5 has a layer of self-directed story that is even better. When you aren't taking down corrupt villains, you are managing your days in a simulation of student life in modern-day Tokyo. I love the process of optimizing my time and seeing the progress in my stats and relationships; you can fill your day with things like part-time jobs, video games, fishing, or deepening your bonds with your friends. That last one is the most important and rewarding, since the resulting scenes answer questions about the backstories and motivations of the people around you. Why is one of your teachers working a second job? Why is the Phantom Thieves' biggest fan so obsessed? The cast of characters is wonderful, easily meeting the bar set by previous installments. I even found the animal mascot tolerable, which was a pleasant surprise. I was slightly less attached to the main party characters here compared to Persona 4, but the supporting cast is better, evening out the experience as a whole.

Persona 5 is a game about the internal and external conflicts of a group of troubled high school students – the protagonist and a collection of compatriots he meets in the game's story – who live dual lives as Phantom Thieves. They have the typically ordinary day-to-day of a Tokyo high schooler – attending class, after school activities and part-time jobs. But they also undertake fantastical adventures by using otherworldly powers to enter the hearts of people. Their power comes from the Persona, the Jungian concept of the “self;” the game's heroes realize that society forces people to wear masks to protect their inner vulnerabilities, and by literally ripping off their protective mask and confronting their inner selves do the heroes awaken their inner power, and use it to strive to help those in need. Ultimately, the group of Phantom Thieves seeks to change their day-to-day world to match their perception and see through the masks modern-day society wears.

The 5th Numbered Game in the Series, Created by Renowned Developers - The core development team of the recent Persona titles unites again for this upcoming game. Long-time Persona series director Katsura Hashino is overseeing the project, while legendary character designer Shigenori Soejima is working closely to create character designs that ooze rebellious style and attitude. The game will also be backed with a soundtrack featuring the fresh sounds of acid jazz composed by the gifted Shoji Meguro. This dream team will bring both depth and style into the mix.

A Deep and Engaging Storyline - The thrilling story of a team of defiant teenagers, growing through every trial they face, begins now. Each case will take you one step closer to the truth veiled in darkness...What awaits our heroes: glory or ruin?

Unique and Interesting Dungeons with Various Tricks and Traps Await - Overcome various obstacles with graceful Phantom Thief action. The simple-to-learn, but hard-to-master controls will be enjoyed by newcomers and veteran Persona players alike.

Language - A stable of talented voice actors have provided English voice-overs while ATLUS' celebrated localization team offers an English script that provides a faithful and engaging play experience. The original Japanese voices will be available as FREE DLC.

Persona 5 is rated 4.8 out of 5 by 77.
Rated 5 out of 5 by Blaine22 from Super Good An amazing persona game that I think everyone should play at least once!
Rated 5 out of 5 by Progameref317 from Persona 5 It’s a great rpg game I really recommend it to people who played the Persona games
Rated 5 out of 5 by Logan Steffen from Well worth the cost! An amazing game and only $20! I've enjoyed my entire time playing so far.
Rated 5 out of 5 by fliptose from Persona 5 Love the game! Very entertaining! Graphics are great.
Rated 5 out of 5 by kaeleigh from best birthdy gift its really amzing graphics, plot, art style, and its really fun to play. i cant wait to play all the moods.
Rated 5 out of 5 by invisiblepug from Best JRPG I have ever played Persona 5 is one of the best games I have ever played, and is my favorite JRPG. The music is amazing, the gameplay is great, and while it might not have the best graphics ever, it's so stylish that you don't really care. Because I loved it so much, I basically bought a Vita just to play Persona 4 Golden (and Persona 3 Portable) and I must say, so far, every entry in the series is great. Overall, buy this game. You won't regret it.
Rated 3 out of 5 by MtDave from If I had beaten it probably would of given it more When I was asked to Write this I have not made much progress but I like the game so far and the ost is great and I would probably give it more if I have finished it
Rated 5 out of 5 by Anier15 from Must buy Jrpg Over a hundred hours of gameplay. What’s not to like? The battles and music is great

How hard is this game?

Asked by: marinahahee
It gets progressively more difficult the further you get and the more your team grows. Almost all the monsters are optional but grinding is a smart thing to do imo.
Answered by: PainterMP 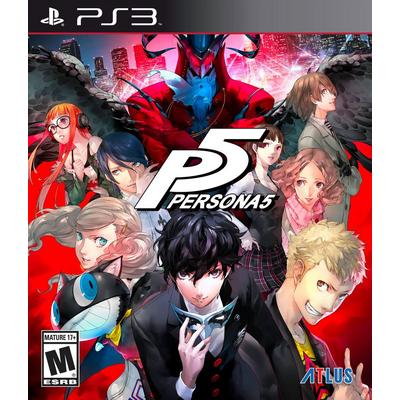 Persona 5
PlayStation 3
Buy 2 Pre-Owned Games, get 1 free! Cannot be combined with any other offer. Add items to cart for discount.