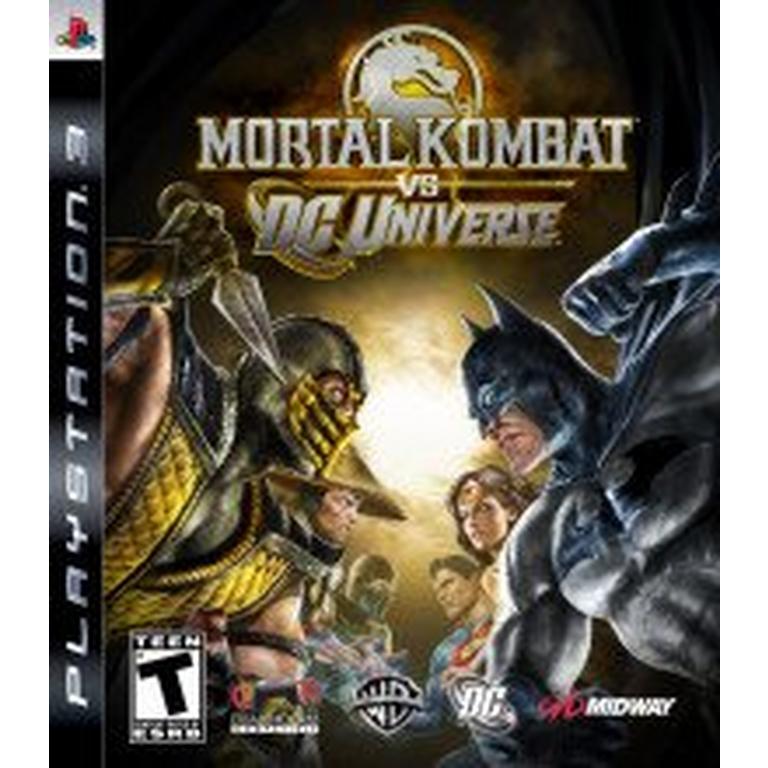 For the first time ever Scorpion, Sub-Zero and the Mortal Kombat warriors battle with Batman, Superman and other popular DC Universe Super Heroes. Choose your side and challenge your opponents with a new fighting system including Freefall Kombat and Klose Kombat along with dynamic multi-tiered environments. Plus, pick your favorite character from MK or DCU and pursue a fighting adventure in the new single player mode with an intertwined storyline and two unique perspectives.
More Details Less Details

Midway Games Inc. (NYSE: MWY), a leading interactive entertainment software publisher and developer, today announced Mortal Kombat® vs. DC Universe, licensed by Warner Bros. Interactive Entertainment. When a cataclysmic force merges conquerors from two universes, conflict is inevitable. Kombat forces friends to fight, worlds to collide, and unlikely alliances to be forged. In order to save all they know, the heroes and villains of Mortal Kombat must wage war against the combined might of the DC Universe (DCU). How can either side prevail when rage blinds them to the dark threat poised to destroy them all?

For the first time ever Scorpion, Sub Zero and the warriors from Midway's billion-dollar fighting franchise face off against Batman, Superman and other iconic and powerful DC Super Heroes, featuring signature attacks for both sides and a unique and intertwining storyline, written as a collaboration between the Mortal Kombat creative team and top comic scribes Jimmy Palmiotti (Painkiller Jane, Marvel Nights, Jonah Hex, 21 Down) and Justin Gray (Batman: Legends of the Dark Knight, JLA Classified, Punisher Red X-Mas, The Resistance) MK vs. DCU is slated to ship for the PLAYSTATION®3 computer entertainment system and Xbox 360® video game and entertainment system from Microsoft in Fall 2008.

“It is a truly unique and extremely exciting effort to be teaming up with Warner Bros. Interactive Entertainment and DC Comics for the first Mortal Kombat game on next generation platforms,” said Ed Boon, co-creator and executive producer for Mortal Kombat at Midway Amusement Games. “The DC Universe characters are some of the most popular and enduring characters in the world. By combining them with the Mortal Kombat mythology, all new gameplay modes and features, plus a completely unique storyline crafted by top comic writers, players will now be able to answer the question: what would happen if Batman fought Sub Zero?”

“For the first time, players will be able to go toe to toe with DC and MK characters in both arena and story mode,” said John Nee, Senior Vice President, Business Development for DC Comics. “We've worked very closely with Midway to bring an authentic DCU flavor to their Kombat and the result features our characters like they've never been seen before.”

Mortal Kombat vs DC Universe is rated 4.1 out of 5 by 201.
Rated 5 out of 5 by GamerDad9000 from The ultimate fighting experience This is a really fun fighting game to pit two of the greatest sets of characters of any game. Lots of fun and cool finishing moves.
Rated 4 out of 5 by Wolf1994 from Decent Game It's a good game, but the controls for this game cam sometimes not be great
Rated 5 out of 5 by Leon Mckay from Are you ready for kombat Great game loved it back in the day and even more now good nostalgia feel
Rated 5 out of 5 by Eder from Good game as well. This is not a the best Mk ever,but is a good game.
Rated 4 out of 5 by ACoop from Rare Destruction Great Fighting Concept. Very rare to have Batman Fight Scorpion!!
Rated 2 out of 5 by Keith P from Decent one player game 10 years ago The gameplay is traditional Mortal Kombat, and the cutscenes and story are entertaining. Graphics were great in 2009 but appear very dated in 2019. Unfortunately, the online servers were only supported until about 2014, so if you find the game today (2019) you won't be able to play online. Also, we have bought two copies of the disc and both of them froze at point in story mode, so there may be some latent problems with the disc in build quality, like cheaper materials that make the disc wear out or more susceptible to minor scratches or dust.
Rated 4 out of 5 by Anonymous from A great game It's a great game great controls graphics are great as well.
Rated 5 out of 5 by Leothelion from Cool game Easy game play for kids and adults! Classic battles!

Will this game play on my PS4?

Asked by: Cajun cowboy
No. PS3 games will NOT play in PS4
Answered by: Fromny2nc 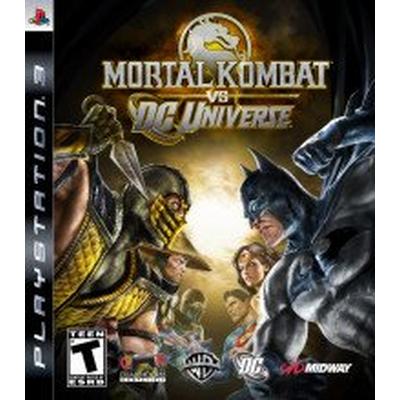