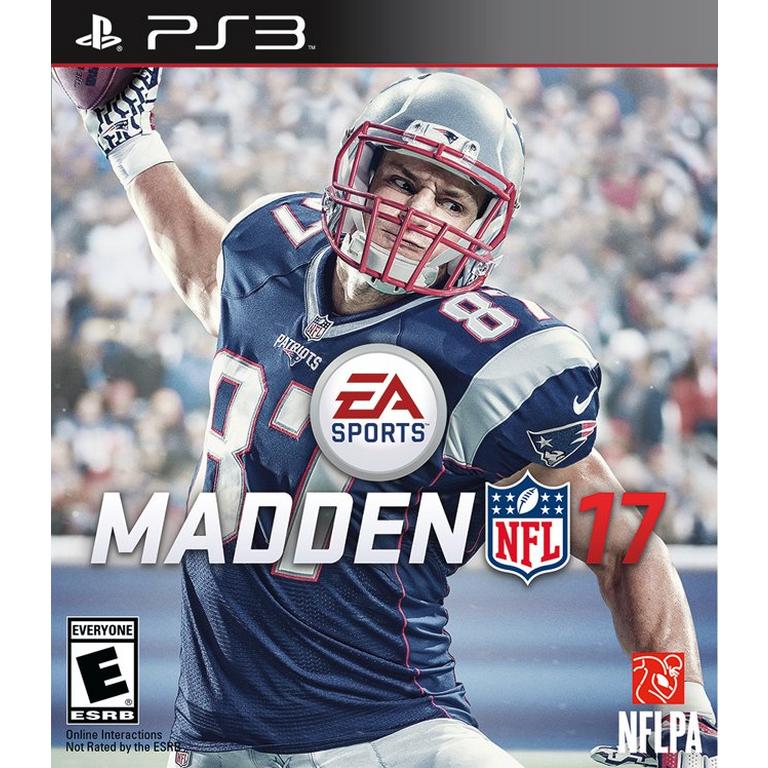 Take your team all the way in Madden NFL 17 and put yourself at the center of your team's Championship run. The all-new Turning Points challenge in Madden NFL 17 Ultimate Team drops you into hundreds of different scenarios from last year's NFL season and rewards you based on how difficult your probability of success is. New Gameplay strategy features allow you to lure the defense into a trap by calling a series of plays that will misdirect the D away from your true game plan. Change the offensive and defensive strategies on the fly to go aggressive or play it safe. Madden NFL 17 brings together the most popular modes and award-winning gameplay features from this console generation.
More Details Less Details 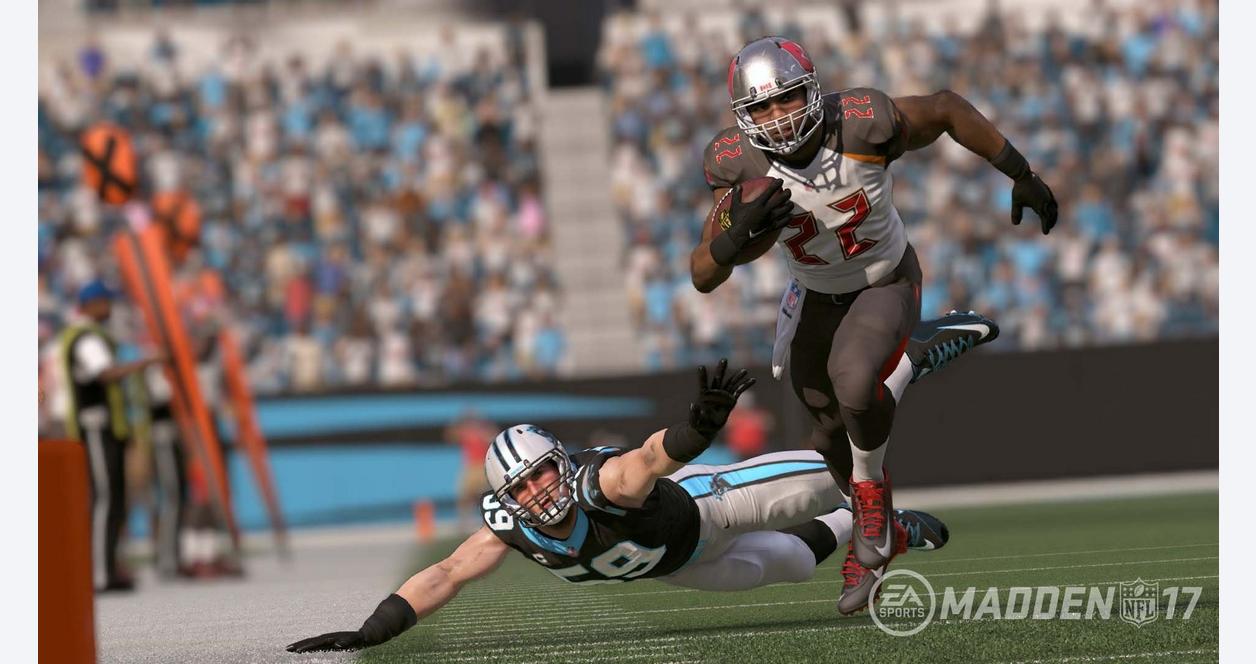 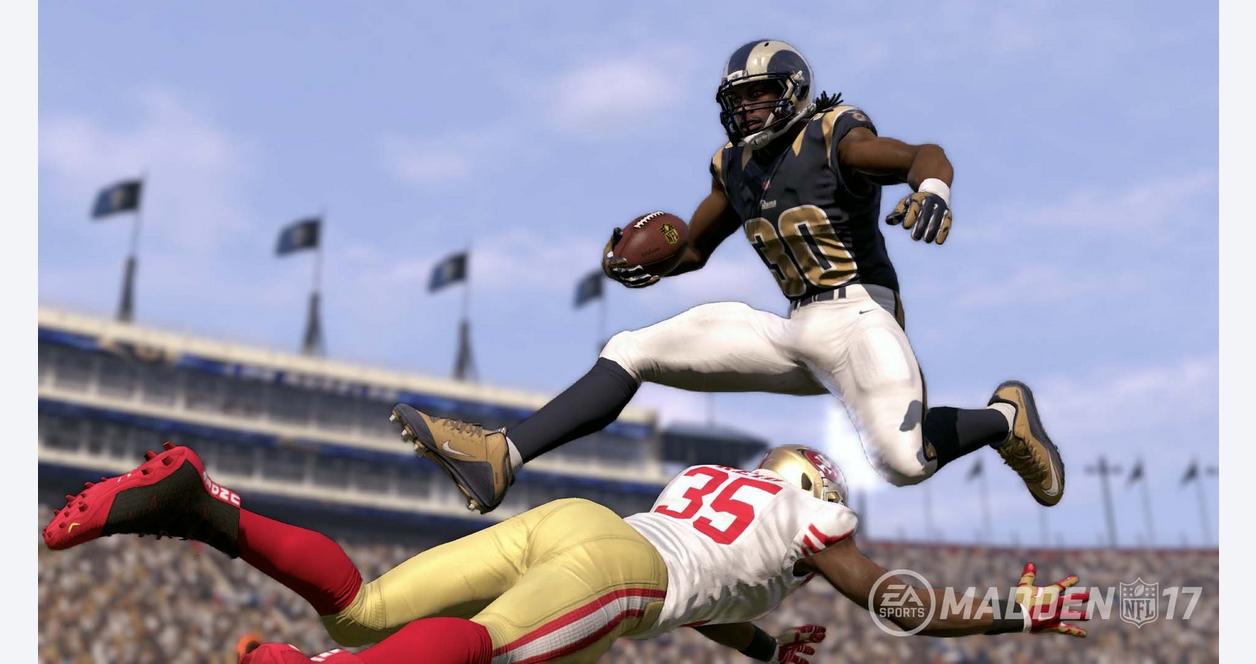 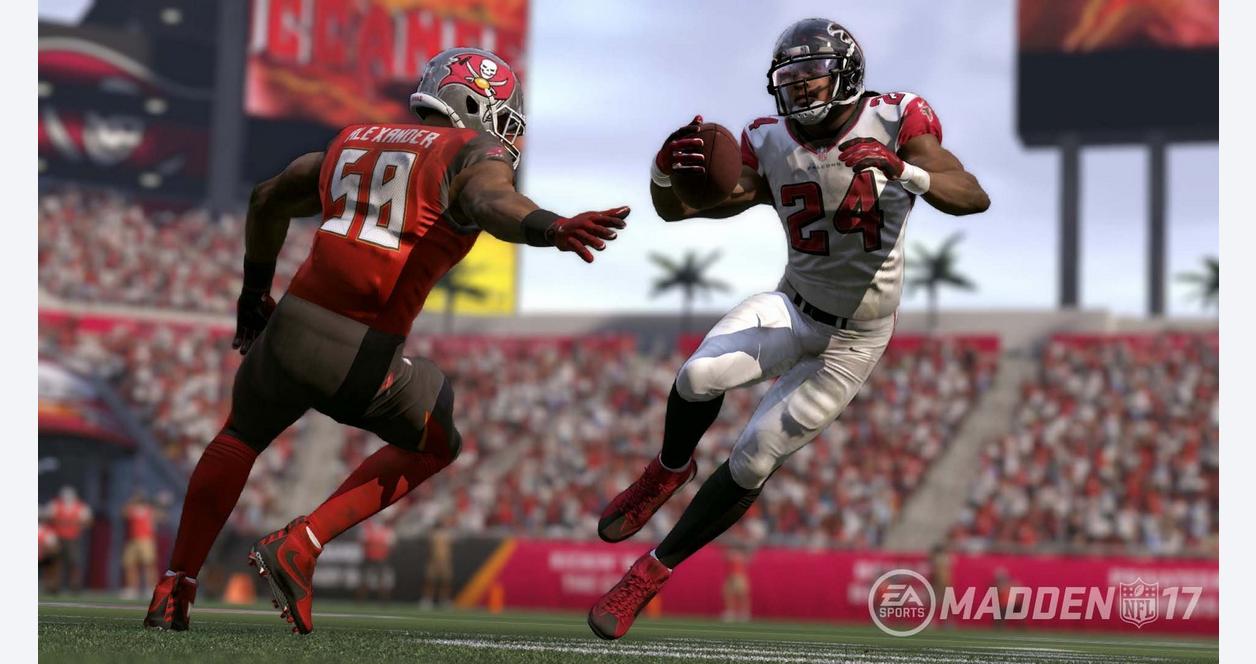 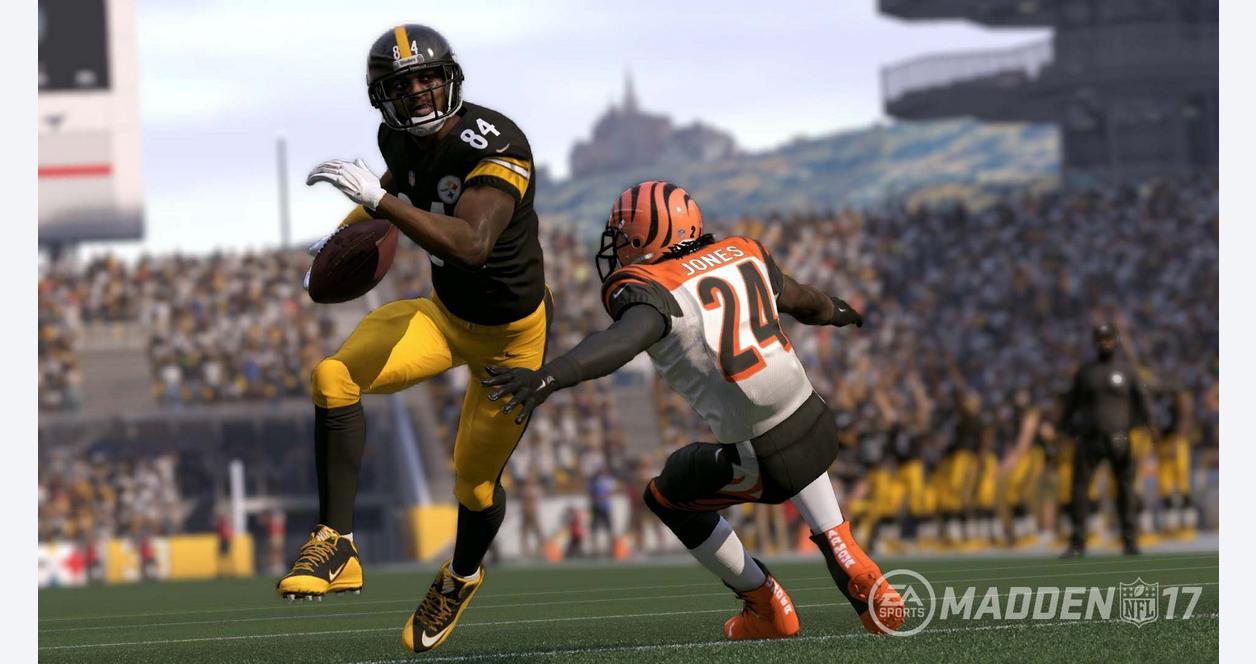 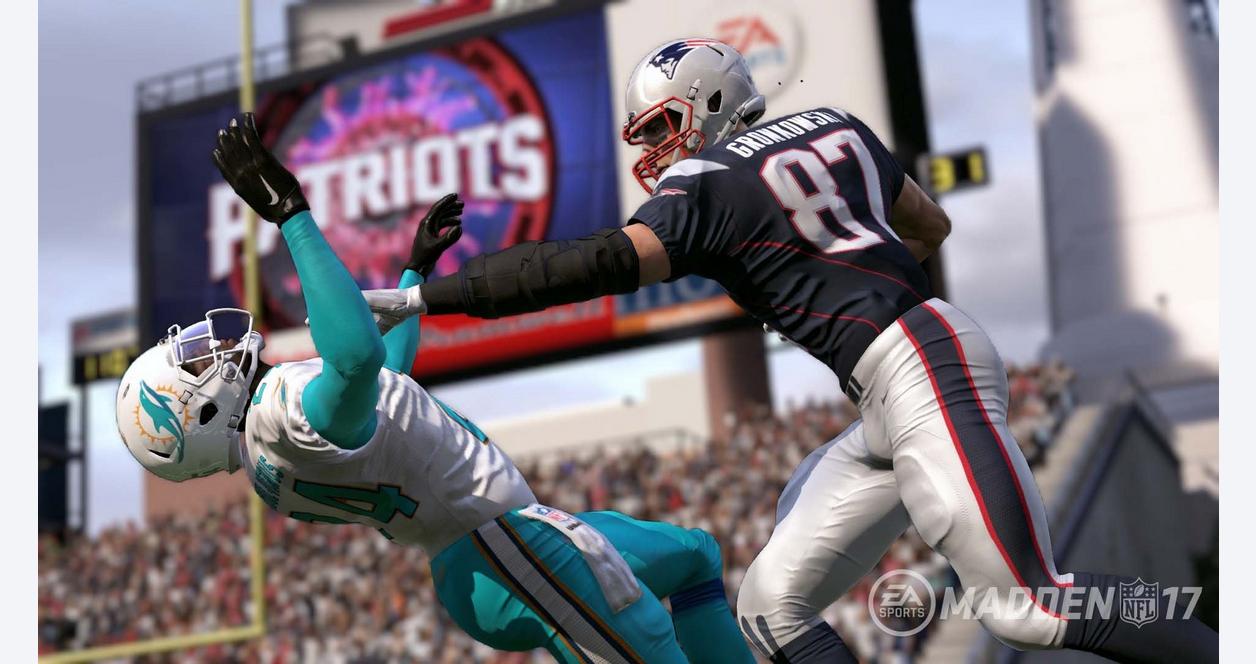 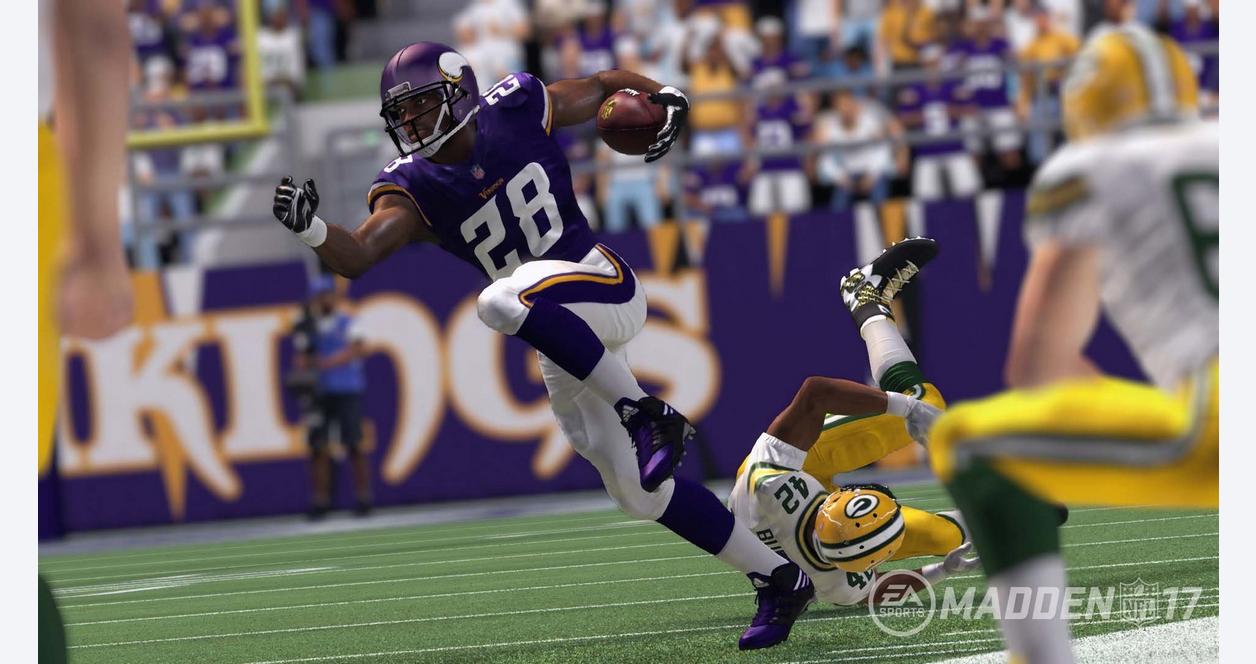 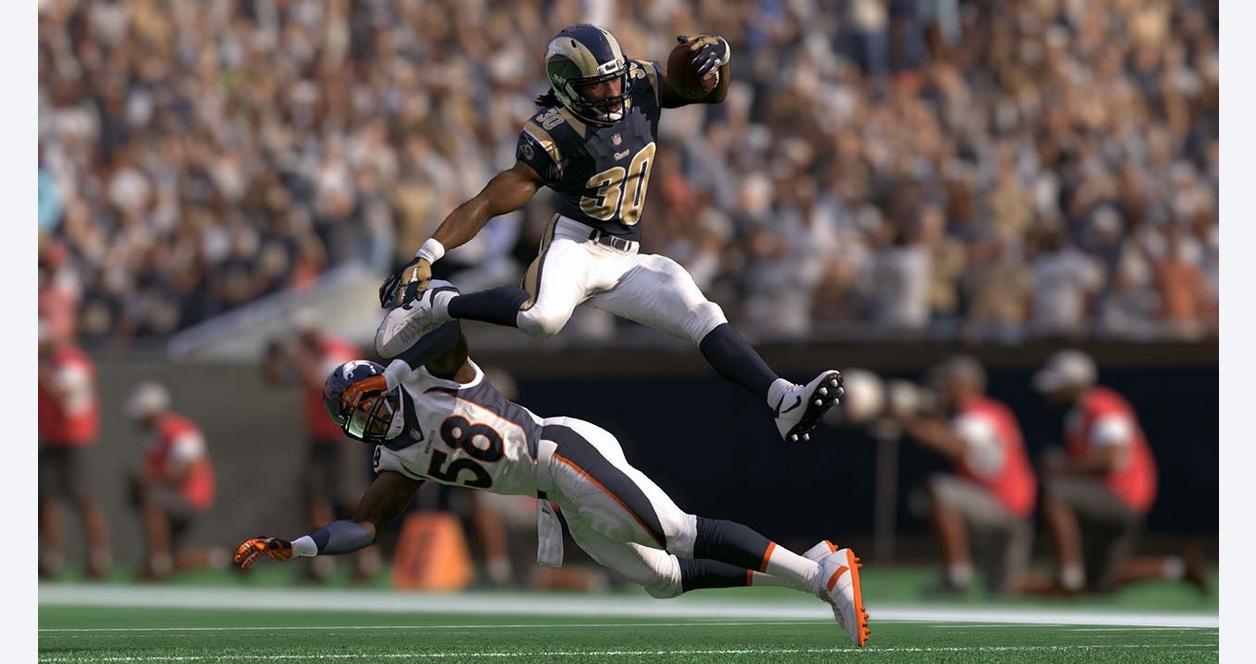 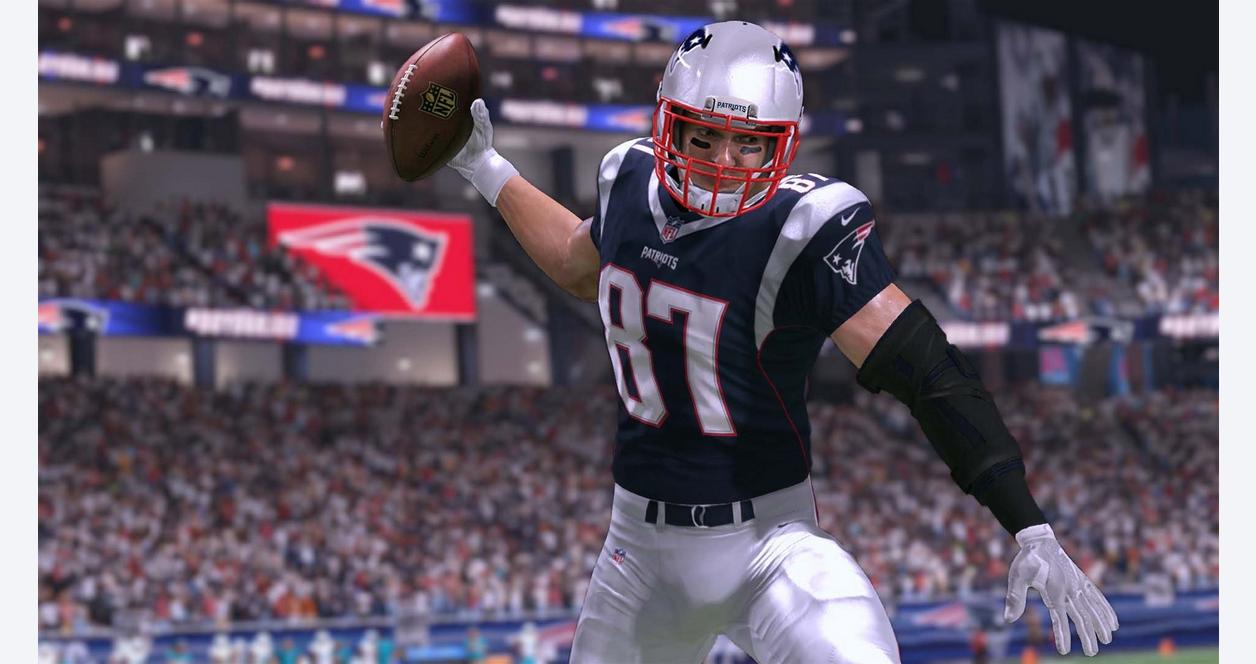 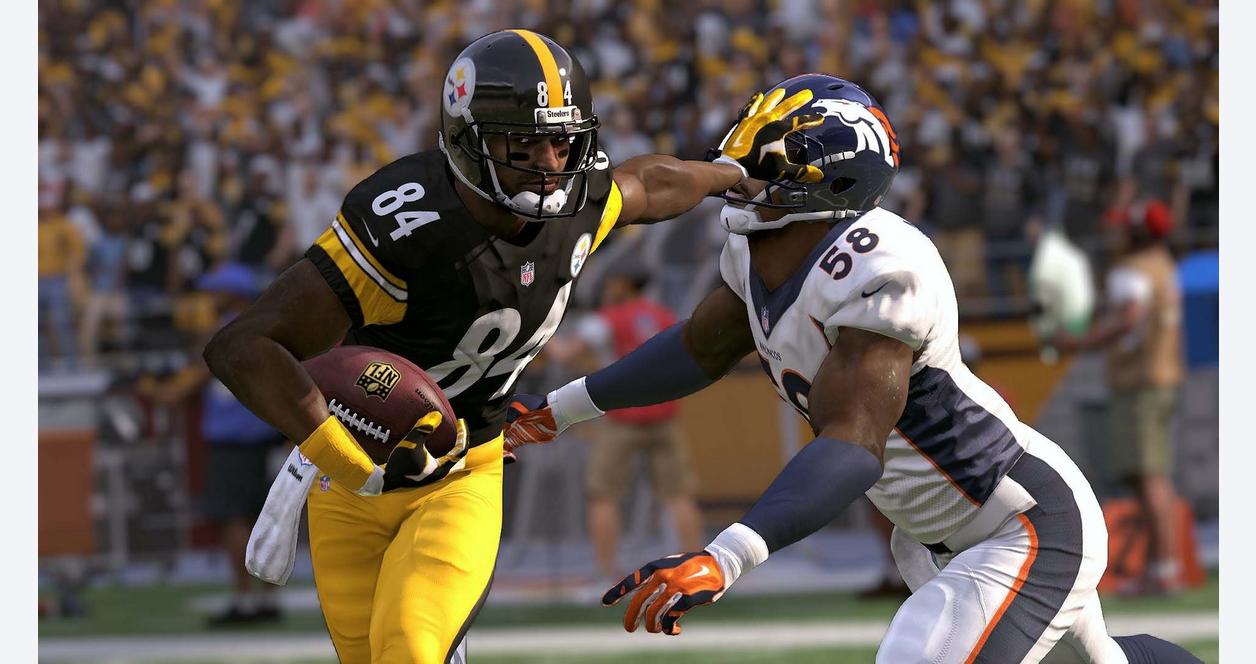 Perfect Shouldn't Be The Enemy Of Good

Last year the air attack was addressed, and this time it's the ground game – mainly in the trenches

The new commentary is a revelation compared to years past due to its fluidity, sheer amount of content, and better contextual awareness. I also noticed a lot of little touches on the field such as grunts and equipment sounds

The experience isn't perfect on or off the field, but it still has plenty to like

In Madden 17, a specific line stands out from the excellent new commentary team of Charles Davis and Brandon Gaudin. Davis, the ex-player providing the color commentary, talks about how coaches are always looking for that perfect game. The perfect game doesn't exist in the NFL or in any given rendition of Madden. Even so, Madden 17 has a lot to enjoy. As they do every year, developers EA Tiburon concentrate on a set of new features, fixes, and points of emphasis to varying degrees of success. Not all the bases are covered, but this is still a team win that Madden gamers can appreciate on some level.

If last year's gameplay was all about the air attack, this year is about what happens on the ground. Instead of just picking your hole and turboing through it, the revamped blocking schemes give players more to consider. Even though the holes are a little bigger, I wouldn't say running is easier. In fact, an in-your-face danger surrounds the defensive players as they crash in to disrupt the play or hold off an offensive linemen with one arm and come sliding down the line to gobble you up in the backfield with the other. The interplay between the offensive and defensive lines at the line of scrimmage is dynamic, exemplifying football's human chess match.

As fluid as some of the line play is (I saw an offensive linemen shuffle down the line of scrimmage, make a block, and then slide off and make a second block further down the line), you still see awkward steps by isolated players. Lead blockers occasionally prioritize the wrong target, players slide into catches or blocks (something I thought was solved last year), and others take baffling steps in the wrong direction.

Whether playing solo or online with friends, your quest to build an NFL dynasty begins in Franchise Mode. Interact and build your team with more control using Game Prep. Want to develop your backup QB? Between matchups, spend extra time on him each week to earn training points without having to force him into the real games before he is ready. Build your teams' confidence through performance and front office transactions. Balance keeping player's confidence up, to increase abilities and build player XP.

Madden NFL 17 delivers our most authentic commentary in Madden NFL history with the addition of an all-new, in-studio team featuring Brandon Gaudin and Charles Davis. With full access to the team, commentary has been completely rebuilt from the ground up, providing players with unprecedented depth and analysis.

Skills Trainer will teach you not only gameplay skills, but strategy and football concepts as well. Learn how to read zone defenses, when to hot route a receiver, and more with nearly 50 tutorials and drills. Once you've mastered the basics, enter The Gauntlet where your skills will be put to the ultimate test through intense challenges and boss battles.

Master your team with the Madden NFL 17 Official Strategy Guide!

Pro Tips from the Game Changers: Get expert advice and in-depth strategy from highly skilled Game Changers, Zan and Litzout. Always know what to do and when.

Madden Ultimate Team: Understand the new features of this game mode and build a team with the best players in each position to dominate the competition.

Game Winning Plays: We give you the top 17 plays in Madden NFL 17. Easily find which playbooks have them and the strategy behind what makes them the best.

Why doesnt my madden 17 have the new gear

Asked by: Woeiifjejwjsjkw
Is it ps3 or ps4 madden the next version will have updated info just like the NFL does.. Thats why in relation to the NFL..
Answered by: Odbeckham

How to go online with Madden nfl games

Asked by: Kazzy
Set your PS3 or ps4 or Xbox &nbsp;to your wireless internet, then you go to head to head competition and select a team then you of fence and defense you want and save then start playing
Answered by: Battleaxe37

how do yo get a game delivered to me

Asked by: redragon
Call the pepole and tell them to deliver the game to you
Answered by: Thegamingporcho 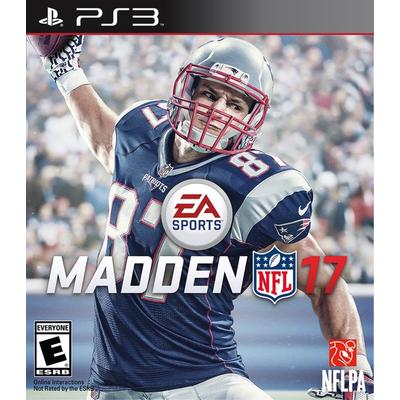