Cartoon Violence
Comic Mischief
LEGO Marvels Avengers is rated 4.1 out of 5 by 61.

Get it this way:
Free pick up at store with delivery@door
at
No availability within 15 miles. .
Change Store
Free Standard Shipping $35+
DELIVER TODAY
(FREE on orders > $75!)
Learn more
Deliver to
Verify Address Change
Please provide your address to verify you are within our delivery area.
Select Condition For Availability
Buy Together
Avengers Assemble! The best-selling LEGO Marvel videogame franchise returns with a brand new action-packed, Super Hero adventure. LEGO Marvel's Avengers features characters and storylines from the critically-acclaimed film Marvel's The Avengers and the smash hit sequel Marvel's Avengers: Age of Ultron, as well as playable content based on additional Marvel Studios blockbusters, including Marvel's Captain America: The First Avenger, Iron Man 3, Thor: The Dark World and Captain America: The Winter Soldier. Play as Earth's Mightiest Heroes in their quest to save the world.

When Lego Marvel's Avengers was first announced, it felt a bit like a step back for that segment of the multifacited Legoverse. Lego Marvel Superheroes was an original tale with a huge cast of characters from throughout Marvel's history. While Marvel Avengers certainly has the trappings of a rote Lego movie-based game (dialogue ripped from the films and familiar story beats), it is already shaping up to be much more. In addition to the plots of both Avengers and Age of Ultron, the recently delayed Lego title includes other cinematic moments (Agent Carter and Agents of S.H.I.E.L.D., please) as well as segments from the comics.

We got a look at characters who haven't been on screen yet, including the updated Squirrel Girl, Kamala Khan as Ms. Marvel, and over 100 new characters. That's in addition to returning heroes and villains from the last Lego Marvel outing.

The game also has new hub areas, including the Barton farm from Age of Ultron. My hands-on time took us back to the climactic Battle for New York, which rippled across the Marvel Cinematic Universe. Hulk can now charge up his jump Ultimate Destruction style, and while he didn't play much of a role in what we played, we got to see him in action before. With Black Widow, Hawkeye (now with more trick arrows), Thor, and Captain America on the team, I fought off Chitauri, solved puzzles, and took advantage of new finishing moves and team-ups.

Each character portrait now includes a meter on the rim. Executing a finishing move on an enemy takes up about one-third of your power. Once it's filled though, you can trigger a team-up move that wipes out many of the enemies in the vicinity. Each duo has two different moves, depending on who triggered. Despite the constraints of using the pre-existing dialogue, the writing is still sharp and well aligned with the on-screen action.

Unfortunately, we didn't get time to take Iron Man out for a spin. Tony has been hard at work since Lego Marvel Super Heroes. Instead of swapping among the different Iron Man suits using the character grid, switching up suits pulls players into the suit. Each armor set has a different animation, with the Mark I calling in Stan Lee to weld it on and the Mark V entombing Tony from its portable briefcase storage. The Hulkbuster is on hand (and, yes, you will get to fight the Hulk). Stan Lee isn't left out, as he has his own mustachioed Iron Stan armor and even a Stanbuster suit. It comes with a typewriter, lamp, and pencil cannon.

I understand why we're waiting to play Lego Marvel's Avengers considering Lego Dimensions is likely to get the spotlight this fall. However, the wait to January 26 just got longer for me now that I've had hands-on time.

Asked by: sum1_worsethan_u
LEGO Marvels Avengers is rated 4.1 out of 5 by 61.
Rated 1 out of 5 by Anonymous from PS3 Lego Marvel Avengers Game was scratched and since I did not tested it within 30 days GameStop would not exchange it. Terrible customer service!
Rated 1 out of 5 by PatrickBonv from Game malfunction We never got a chance to play the game. Whenever we put it in our system, it told us we needed an update then turned the system off before we could.
Rated 4 out of 5 by MaybAshley from Great Game - Needs more options Kids love it. They’ve been playing it daily. I just wish there was an option for more than 2 players.
Rated 4 out of 5 by Lamont 5249 from Video game bonding time. Great game it really follows along with the movie story line. My son and I both enjoy playing this game.
Rated 4 out of 5 by Victoria Lopez from Watch and enjoy Such an amazing game. My little brother enjoyed playing and reliving all his favorite moments from The Avenger movies.
Rated 5 out of 5 by Ghostgames from Awesome gameplay with perfect comedic timing I bought this almost two weeks ago, and this has been one of the most elaborate and comedic games in the LEGO universe.
Rated 5 out of 5 by Desirable 79 from Great game This game is nice. You can't just beat it in one day. It will take a while. Easy to do the controller
Rated 4 out of 5 by Imperial5 from Fun game I like the graphics and the dialogue. Gameplay is good typical of Lego game 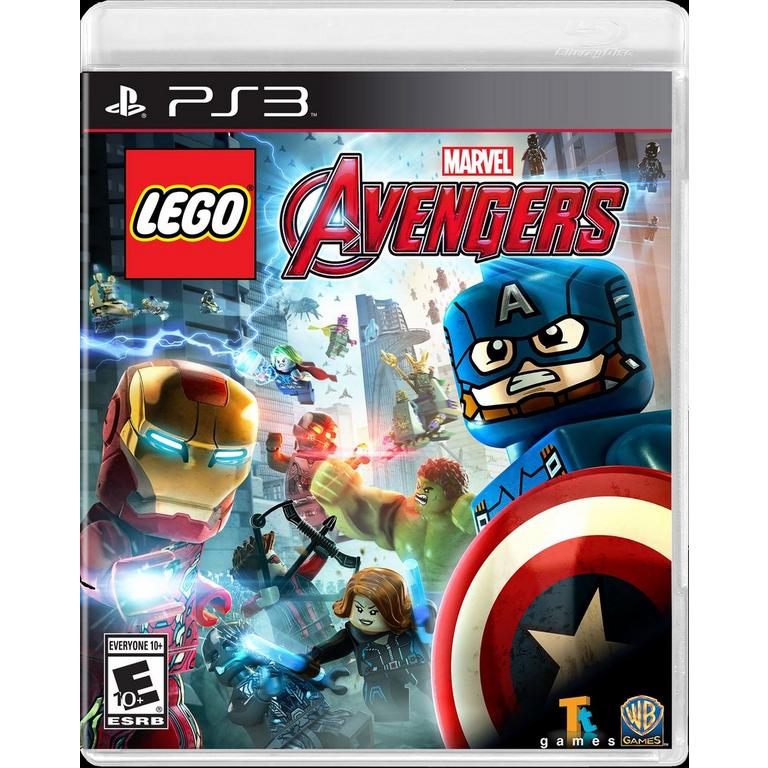