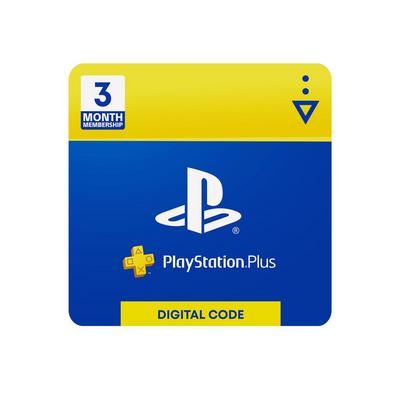 The Destiny Islands are a beautiful paradise where children's laughter abounds. Day after day, Sora, Riku, and Kairi talk and dream of new places, new worlds beyond their islands. They ponder the usual questions that adolescents do—about the world outside, about their own existence. Little do they know a great destiny awaits them. One stormy night, a terrible darkness invades the Destiny Islands. Thus does their journey begin… Sora awakens in another world, in a place called Traverse Town. His hopes of seeing new worlds are realized, but his friends Riku and Kairi are nowhere in sight. Meanwhile, Donald and Goofy have also arrived in Traverse Town. They have come from Disney Castle in search of a “key” and its owner. Now, there's somebody with a ‘key'—the key to our survival... We need that key. What is happening to this world? The somebody mentioned by the missing king turns out to be Sora. To find Kairi and Riku, Sora joins Donald and Goofy and embarks on an epic journey.

Not only does KINGDOM HEARTS HD 1.5 ReMIX have higher quality graphics, but the character models and facial features have been updated as well. The story comes to life with more expressive and emotionally moving imagery.

In addition to the above, the background textures have been completely overhauled.

You will receive a FREE KINGDOM HEARTS PS3 wallpaper when you finish the game!

Camera controls and commands have been revamped to create a more seamless gameplay experience!

Camera controls previously on L2/R2 have been assigned to the right analog stick.

Until now, special commands like “Talk” would appear at the very bottom of the menu and players would have to scroll down. But now, the player can activate these special commands by just pressing the triangle button.

As a teenager He has his share of concerns, but he manages to keep an upbeat attitude.

He may seem simple-minded at times, but he has a strong sense of justice.

Age 15. He may seem cool and collected for his age, but he is far from the quiet type.

Always curious about the unknown, he begins to question the small, closed world in which he lives.

Age 14. She moved to Sora and Riku's island a few years ago. Though she may appear delicate, she possesses a strong, unyielding will.

Court wizard and loyal servant to the king.

He embarks on a journey to carry out the missing king's orders: to find a mysterious “key” and its owner. A feisty, impatient magician.

Captain of the royal knights, a soldier who despises weapons.

Under the king's orders, he accompanies Donald on the quest to find the key. An easygoing, clumsy knight.

The Destiny Islands, a beautiful paradise where children's laughter abounds. Day after day, Sora, Riku, and Kairi would talk and dream of new places and new worlds beyond their islands.

A hub for travellers and traders, this bustling town has a variety of shops, including an item shop and accessory shop. Wander the streets of Traverse Town, where you will never know who you will run into next.

After falling down a deep hole, you arrive at this strange place when suddenly a white rabbit scurries past you. At the end of the hall stands a tiny door where the white rabbit runs through. You realise something has happened and you find yourself in Wonderland...

Enter the great coliseum where colossal statues of heroes past tower over you. Test your skills where mighty warriors gathered and get ready for a new legend to be born.

Disney Castle, home of the renowned king and his court. Dark clouds hand over the once peaceful land. The king, secret protector of the worlds, has disappeared. He left a message behind for Court Wizard Donald and Captain Goofy of the Royal Knights to find the one who bearts the key.

Inside of a strange book, Sora befriends Winnie the Pooh and his friends in the Hundred Acre Wood, where mini-games and adventures never end.

Join Aladdin as you enter a whole new world of magic and mystery. Fly across the desert on a magic carpet, befriend a powerful genie, and discover great treasures in this wondrous adventure.

Journey to the kingdom under the sea, where King Triton rules and danger lurks in the darker depths.

This castle pulses with darkness and now belongs to the evil fairy Maleficent. Sora will need Donald and Goofy's help to advance through its trap-filled passages.

Filled with pumpkins and ghosts, frights abound in this dark world. Deep within a laboratory, and experiment is being conducted that may affect the citizens of Halloween Town forever.

Along your travels, your party catches a glimpse of the giant whale Monstro. All of a sudden, the area around you gets dark. When you awaken, you find yourselves in a strange, murky place…

Sprinkle on some pixie dust and fly alongside Peter Pan as you visit his only home, Never Land, a place where kids never grow up.

On the night his island is besieged by a mysterious storm, Sora is whisked away to an unfamiliar burg known as Traverse Town.

There he meets Donald and Goofy and learns of the world's strange happenings. Donald and Goofy set off to look for their missing king and Sora joins them to search for his lost friends Riku and Kairi.

Believing the King's parting words - that there will always be a door to the light, Sora locks the door and he along with Donald and Goofy set out on a new journey.

A fourteen-year-old boy and the hero of this tale. In his last adventure, Sora was chosen as the Keyblade master and saved the world but only at the cost of being separated from his closest friends. He now journeys to find those friends and return home with them.

A fifteen-year-old boy who is best friends with Sora and Kairi. Mature for his age, riku is cool and collected. To save the world he chose to remain in the realm of darkness.

A fourteen-year-old friend of Sora and Riku. She awaits their return to Destiny Islands.

The court wizard who serves the king of Disney Castle. He is journeying with Sora and Goofy to find the king. Donald is talkative, moody, and a bit short-tempered.

The clumsy by easygoing captain of the Disney castle Royal Knights. Despite his position, Goofy dislikes weapons.

The King of Disney Castle who realized what was happening in the world and went on a journey to investigate. He stayed behind in the world of darkness together with Riku and continues his journey apart from Sora and friends.

In KINGDOM HEARTS, Sora turned the Keyblade on himself in order to release Kairi's heart, but his heart was also released in the process. This brought about the creation of Roxas, Sora's Nobody. Unlike most Nobodies, Roxas has no memories of his past. He joins Organization XIII and slowly begins to discover the truth behind his existence and the Organization itself. he meets and befriends the fourteenth member of the Organization, who also has no recollection of her past. what will Roxas see during his time in the Organization? What is the connection between him, Sora, and the fourteenth member? And what becomes of them? Dive into the heart of the KINGDOM HEARTS storyline's biggest secrets.

The leader of Organization XIII. Though his presence is overwhelming, his power stems from control over nothingness itself.

A man of many secrets, he uses banter to evade questions just as he manipulates space to elude foes. A patch covers his right eye.

This warrior uses the wind to wield six lances in a deadly dance. He bears himself like a martial artist, but his silver tongue is the weapon to fear.

Everything and everyone are but subjects in the mind of this vain and brilliant scientist who uses the power of ice to bind his foes.

A master of earth and physically the Organization's strongest. He is a man of few words, opting instead of express himself through actions.

An exceptional tactician, he uses his keen intellect and ability to weave illusions to manipulate those around him.

Xemnas' right-hand man and day-to-day overseer of the Organization. His usual calm is broken only by the moon, which turns him berserk.

Roxas' mentor within the Organization, a wielder of fire. Though he, like all Nobodies lacks a heart, he appears to enjoy the time he spends with his protégé.

Best known for his lack of motivation and easygoing attitude. When left with no choice, he puts his sitar and mastery over water to use in combat.

This consummate gambler and gentleman stakes his life on the cards. Lucky for him, he uses them to deadly effect. He can also manipulate time.

Armed with control over flowers and unrivaled ambition, he assumes leadership at Castle Oblivion to bring his own hidden agenda to fruition.

Cold and brutal, she constitutes the lone woman in Organization XIII's ranks. Lightning obeys her call and she strikes with all its swiftness.

A being created from Sora. As one of the Organization XIII's recruitment he uses the Keyblade to perform a broad variety of missions and further their shadowy agenda.

The fourteenth member of Organization XIII. As a fellow Keyblade wilder, she soon grows close to Roxas and forms a trio between him and Axel. After the events of one fateful mission, she begins to question the very nature of her existence.

Sora's best friend. Once darkness ruled him; but his experiences at Castle Oblivion have since taught him to wield an arsenal of darkness and light alike.

The King of Disney Castle. He travels between worlds by watching over them and often coming to Sora's and Riku's aid. 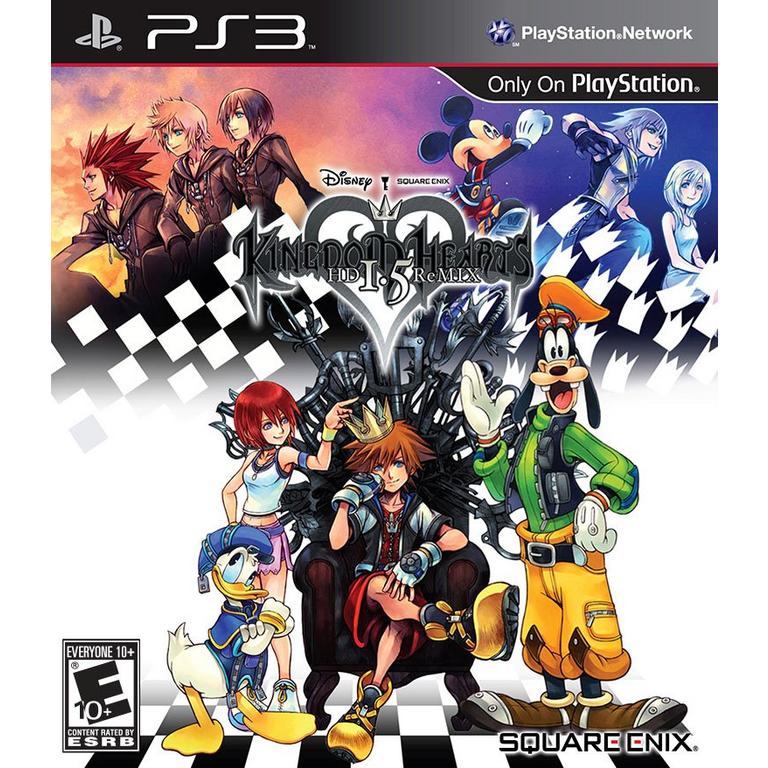