Blood and Gore
Intense Violence
Sexual Themes
Strong Language
Clive Barkers Jericho is rated 3.8 out of 5 by 11.
A supernatural horror action game with a story devised by the master mythmaker, novelist and Read More
Please Choose An Option

Get it this way:
Free pick up at store with delivery@door
at
No availability within 15 miles. .
Change Store
Free Standard Shipping $35+
DELIVER TODAY
(FREE on orders > $75!)
Learn more
Deliver to
Verify Address Change
Please provide your address to verify you are within our delivery area.
Select Condition For Availability
Buy Together
A supernatural horror action game with a story devised by the master mythmaker, novelist and filmmaker Clive Barker. Mingling the darkest elements of Barker's horror fiction and films, Jericho deals with the mysterious reappearance of a lost city in a remote desert. When a form of evil that goes right back to the dawn of days resurfaces from there, a Special Forces squad, trained in both conventional warfare and the arcane arts, is sent in. Their mission: hunt down and destroy the evil that lurks at the heart of the city before it destroys humanity.

Clive Barker's Jericho is a squad-based Action/Horror game based on an original concept and story by acclaimed horror writer and film maker Clive Barker.

The most ancient of evils has broken through into our world and is threatening to spread its taint across the whole of the earth unless it's stopped. At ground zero lies the Middle Eastern city of Al-Khali, a modern city built atop the ancient ruins of a dozen previous conquerors. All attempts of contacting the citizens of the city have failed. With tensions already running high in the region, this is just the sort of thing that could trigger the apocalypse…

In Clive Barker's Jericho, players assume the role of the leader of the Jericho Squad – a seven man Special Forces strike team that protects U.S. interests against paranormal threats. Each member of the squad is an expert in modern warfare as well as their own different para-psychological disciplines, including clairvoyance, alchemy, blood magic, exorcism, etc.

Players must lead the Jericho Squad into the flaming ruins of the city, moving block by block towards the dimensional rift tearing away at its heart. Along the way, they encounter the horrific armies of hellish denizens that now rule the city and corrupt everything they touch. As players incrementally approach the source of evil, they will have to rely less and less on traditional weapons and instead focus on the combined psychic talents of the Jericho Squad.

An Original Cast of Characters – The Jericho Squad consists of several team members, each with their own special weapons and paranormal powers:

Clive Barkers Jericho is rated 3.8 out of 5 by 11.
Rated 4 out of 5 by Prptotype Lopez from Great Game Bought this game brand new in 2007 now it's 2017 one of my favorite games ...this will be added to my game collection
Rated 4 out of 5 by star34 from I Like It! It's good but I seen better first person shooter games better than this. Besides the fact that Clive Barker's Jericho was a descent first person shooter it has a nice background of story telling and enemies to kill. Though at times the game is repetitive and the visuals ain't good the game easily makes it on gunplay. The game has special charcters for the player to chose and with that has their own loadout. The boss fight were pretty bad and the quick time events are a bit slow, The 3/3 of the game nails it. But my question is will the game have any sequel?!!
Rated 4 out of 5 by Alltaken from Best $3 I've ever spent Just picked this up, and i must say... for the money is fantastic. It's 7 years old and still looks pretty good. The only thing that irks me is the fact that there is no aiming down sights. However, at the time this game was released that was a new thing (COD4). I haven't finished it yet, but the story is solid so far (Thanks to Mr. Barker). it is quite linear, but as i said earlier, its an older game, and it had a fairly low budget. For the price, I am FAR from disappointed. It's worth it for the story alone.
Rated 4 out of 5 by Mevo9797 from great game the game is great... i got it from my uncle recently, it's definitely meant to tell a story so they didn't go ballistic on the in depth stuff. Yeah the graphics aren't the best, but it is one of the older PS3 games. and for five bucks I'd buy it!
Rated 5 out of 5 by xXOpheliacXx from Really great game. Good story line and gameplay. I actually thought it was a really great game. When I saw it was by Clive Barker, I had no doubts. Once I played it, everything I thought it would be was proven. I'd replay it over and over. Good for gamers who want a game with a good story line that has it's intense moments.
Rated 4 out of 5 by Bikezocool from It's good for the price. This game is a really good game for the price of it. I have not got to far in the game yet but im not disappointed yet. The game is not scary yet to me. i face alot of monsters but hopefully it will get scary.
Rated 1 out of 5 by UncleG from Horrible game Horrible game with awful premise, excessive cursing for no reason (other than they "can"), and poor play
Rated 4 out of 5 by johnny100 from Great Shooter Bought the game a week ago and just finished it. Very good story, hard to understand at times but very cool nevertheless. Controls are hard to manage at first but i master them by mid game. The shooting feels very accurate and the magic on the characters is a plus. The games never gets frustrating but it's not a piece of cake either. Overall a good game, the most fun I've had for the last few months with a game. Highly recommended!! 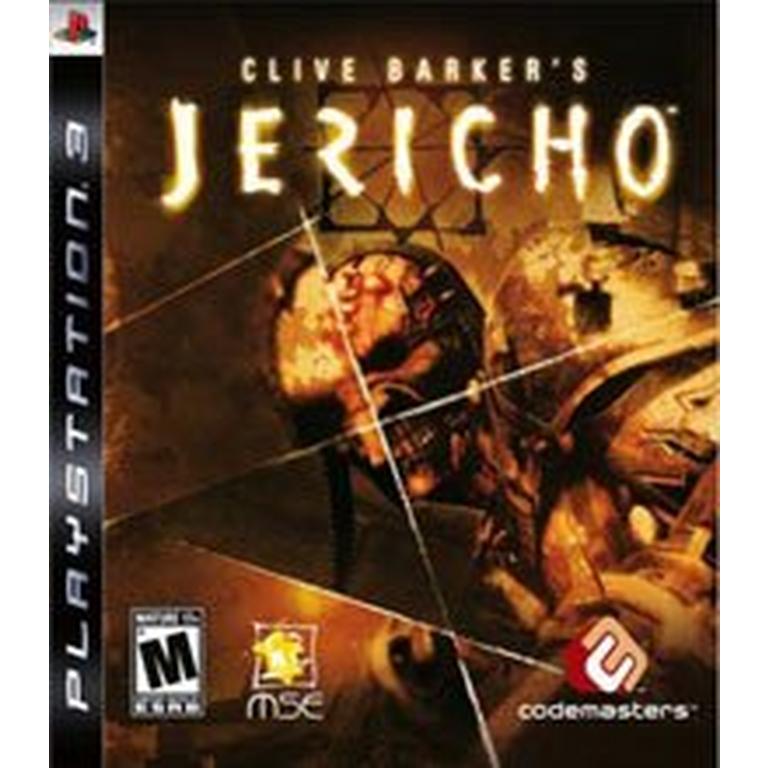