Blood
Intense Violence
Sexual Content
Strong Language
Use of Drugs and Alcohol
Beyond Two Souls is rated 4.3 out of 5 by 155.
Black Friday Early Deals

Blood
Intense Violence
Sexual Content
Strong Language
Use of Drugs and Alcohol
Beyond Two Souls is rated 4.3 out of 5 by 155.
From the makers of the award-winning Heavy Rain™ comes a unique, psychological action thrill Read More
Please Choose An Option

Get it this way:
Free pick up at store with delivery@door
at
No availability within 15 miles. .
Change Store
Everyday Free Shipping $35+
DELIVER TODAY
($2.99 on orders >$75)
Learn more
Deliver to
Verify Address Change
Please provide your address to verify you are within our delivery area.
Select Condition For Availability
Buy Together
From the makers of the award-winning Heavy Rain™ comes a unique, psychological action thriller. Featuring a brand-new game engine, a compelling, original story, and a top-notch Hollywood cast; BEYOND: Two Souls™ promises to be one of the most immersive experiences on the PlayStation®3 system. Live the life of Jodie Holmes, a young woman who possesses extraordinary powers through a psychic link to an invisible entity. Experience the most striking moments of Jodie's life as your actions and decisions determine her fate. As she traverses the globe, Jodie will face incredible challenges against a backdrop of emotionally-charged events never before seen in a video game.

BEYOND: Two Souls features much larger and more open environments than those found in Heavy Rain, and to coincide with this, the gamer will have much more freedom to explore their surroundings and find small side bits of information. The “R2 to walk” control scheme from Heavy Rain is gone as well – now, navigation with Jodie is controlled entirely using the left analog stick. As you navigate these environments, the camera will dynamically change to more cinematic angles, and Jodie's animations will tailor themselves to her age and situation, leading to a uniquely immersive and filmic experience.

One of the most exciting new developments in BEYOND: Two Souls is the much smoother interaction UI. Jodie's actions will now be prompted with a small white dot that appears over each object you can interact with. Through a simple gesture of the right analog stick, you will enable Jodie to perform a contextual interaction such as opening a door or inspecting a piece of writing on the wall. The new interface is extremely intuitive for both new and existing fans alike, and the contextual actions allow for an array of movements and actions that make Jodie feel more like a living, breathing character. By granting players control over Jodie's conversations and actions, it also empowers the player to change the evolution of the story in a number of exciting and different ways.

The entire combat system has been replaced with a slow-motion (also called “bullet-time” since The Matrix) gesture mechanic based on the right analog stick. At various action points during each fight, the action on-screen will change to slow-motion and greyscale for a split second, and during that time you will need to quickly analyze the action and input a gesture with the right analog stick. This gesture will need to be the continuation of Jodie's on-screen movement. The tension runs high as Jodie's success or failure in each action sequence depends on quick and accurate reflexes.

Part of the new gameplay in BEYOND: Two Souls is taking control of Aiden, the entity connected to Jodie. At any point in-game, switch between Jodie and Aiden at a simple touch of the Triangle button. Using both Jodie and Aiden together will be critical for both protecting Jodie and solving puzzles Jodie comes across during her journey, as well as gaining additional insight into the characters' stories. Aiden is only restricted in its movement by the tether that keeps it connected to Jodie, and can fly through or around any matter in the environment. Aiden has the ability to interact with people and objects by locking on with L1 and then either pulling the glowing orbs in or away from the target, allowing it to choke people (red aura), possess and control them (yellow aura), and blast objects with invisible force.

Can you play this on a PlayStation 4

Asked by: Alberto1299
If you buy the PS4 edition...you can't play any PS3 games on a PS4.
Answered by: sum1_worsethan_u
Beyond Two Souls is rated 4.3 out of 5 by 155.
Rated 1 out of 5 by Tem4961 from Doesn’t work Every time I put disc in it does this a black screen and no game
Rated 5 out of 5 by Anonymous from Plays like an Interactive film Great adventure different choices and conclusions as you play throughout the game.
Rated 5 out of 5 by RightHandTank from Better than a movie Wonderful game. The artwork is awesome the story is great and who doesn't love an animated Willem Dafoe. I've played through this game at least three times already and I'm proud to own it. Would recommend to anybody who loves role playing games and dramatic twists
Rated 4 out of 5 by MetisWoman62 from Intriguing storyline From what I played I enjoyed. Good storyline, characters, graphics, etc. If I had more time to play I could give a more accurate critique. Worth playing & would suggest this to friends.
Rated 5 out of 5 by DeeJay TeeJay from TWO SOULful to be DEAD This game went BEYOND my expectations. I was spooked out how this game somewhat parallels the his Netflix series, Stranger Things. The game play is solid, the storyline entertaining and the graphics solid. I see why so many reviews of this game gave it the rating I am giving it now: 5 stars, 2 thumbs up, 10/10, etc...
Rated 5 out of 5 by Fuel2rock from 2 souls truth It’s a pretty fun game with an interesting storyline with plenty of surprises the game mechanics push you into having to react on the spot so it’s a game you’ll want to play again and again to see if you can get it right without multiple tries at the same spot . 5 stars
Rated 5 out of 5 by OgAsh from Great! This was great! Great storyline and great gameplay.
Rated 5 out of 5 by Nicky Tibbs from Take a trip - don’t get lost! Uncommon game and gameplay. Interesting and emotionally engaging story. 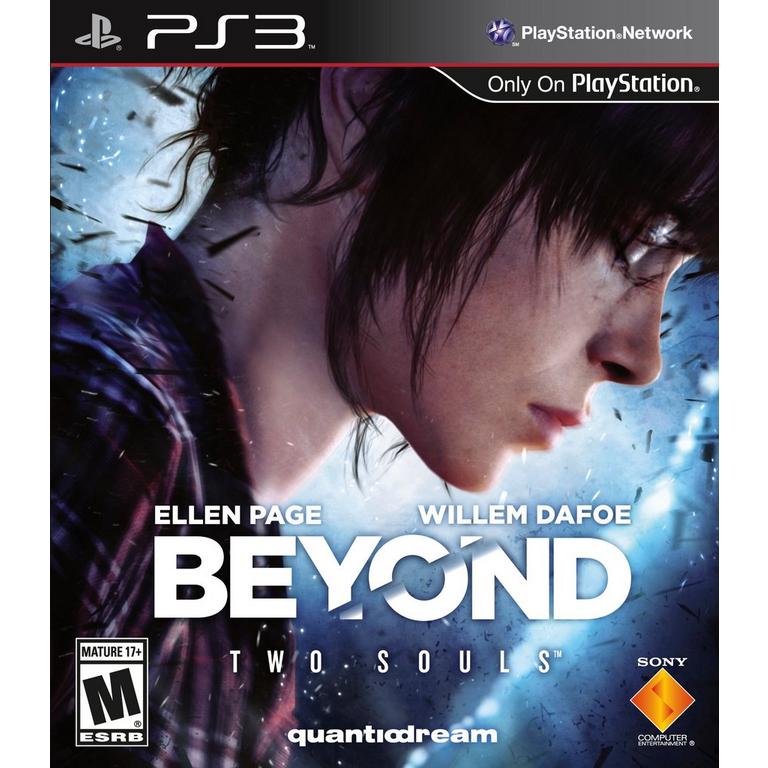