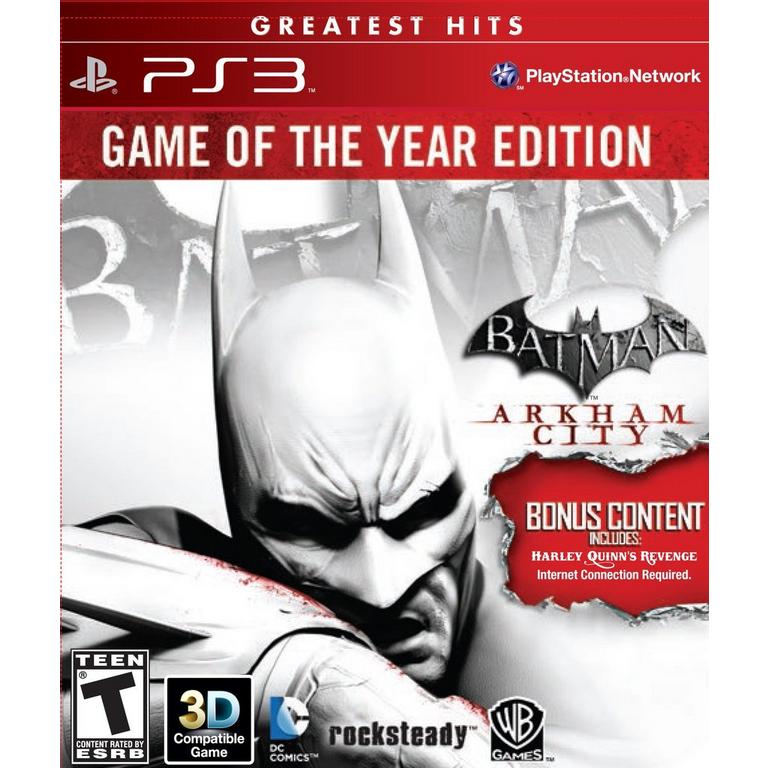 Batman: Arkham City builds upon the intense, atmospheric foundation of Batman: Arkham Asylum, sending players soaring into Arkham City - five times larger than the game world in Batman: Arkham Asylum - and the new maximum security home for all of Gotham City's thugs, gangsters and insane criminal masterminds. Set inside the heavily fortified walls of a sprawling district in the heart of Gotham City, this highly anticipated sequel introduces a brand-new story that draws together a new, all-star cast of classic characters and murderous villains from the Batman universe, as well as a vast range of new and enhanced gameplay features to deliver the ultimate experience as the Dark Knight.
More Details Less Details 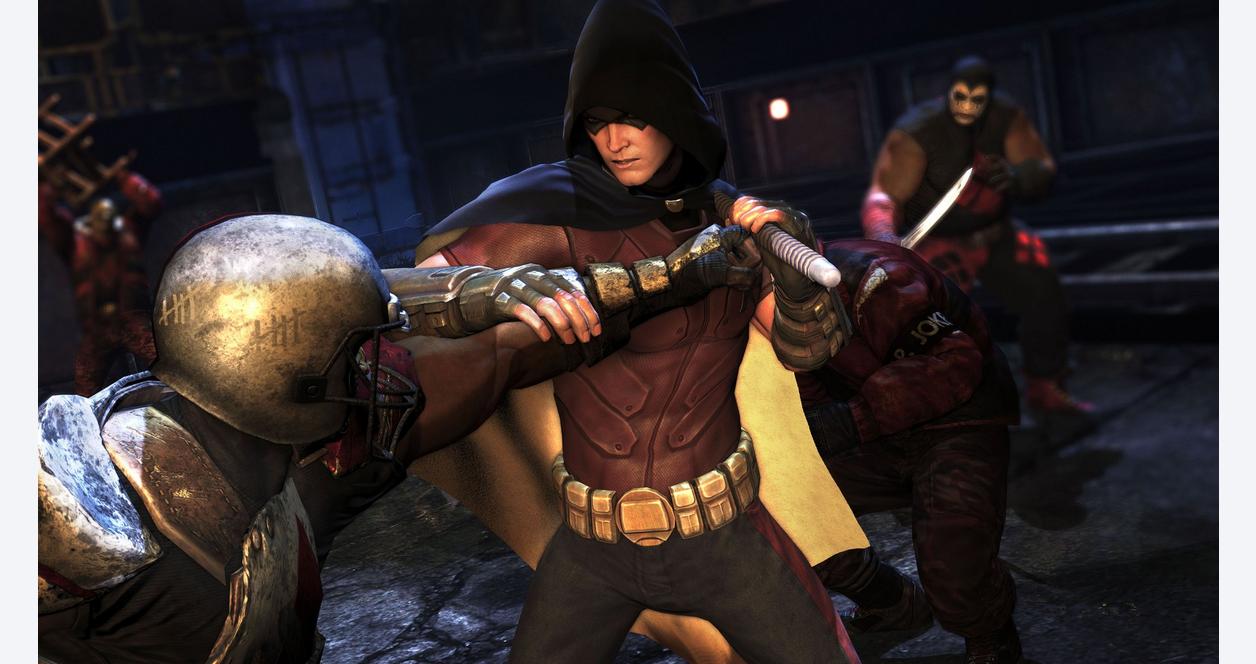 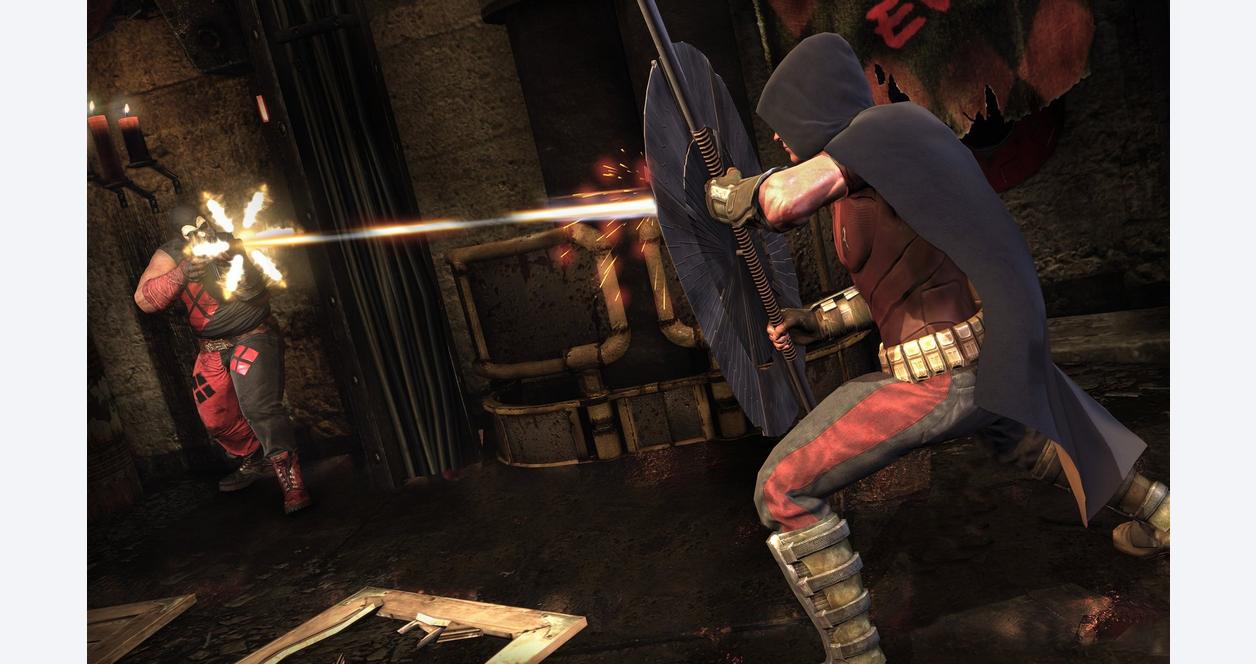 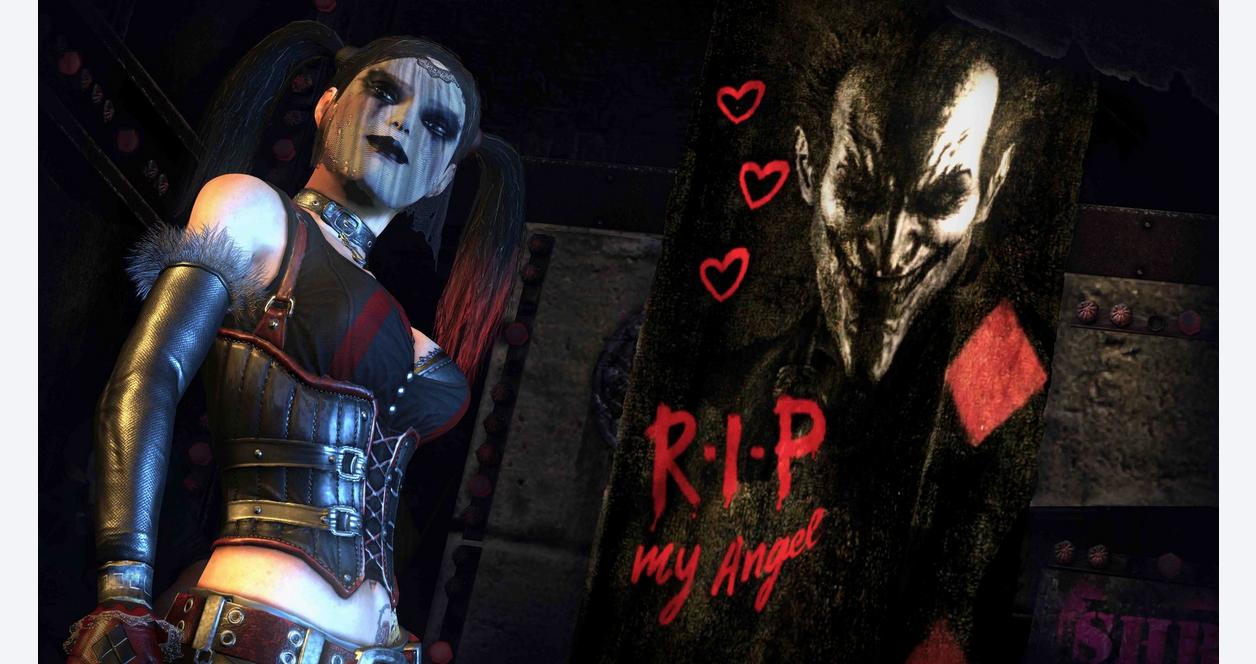 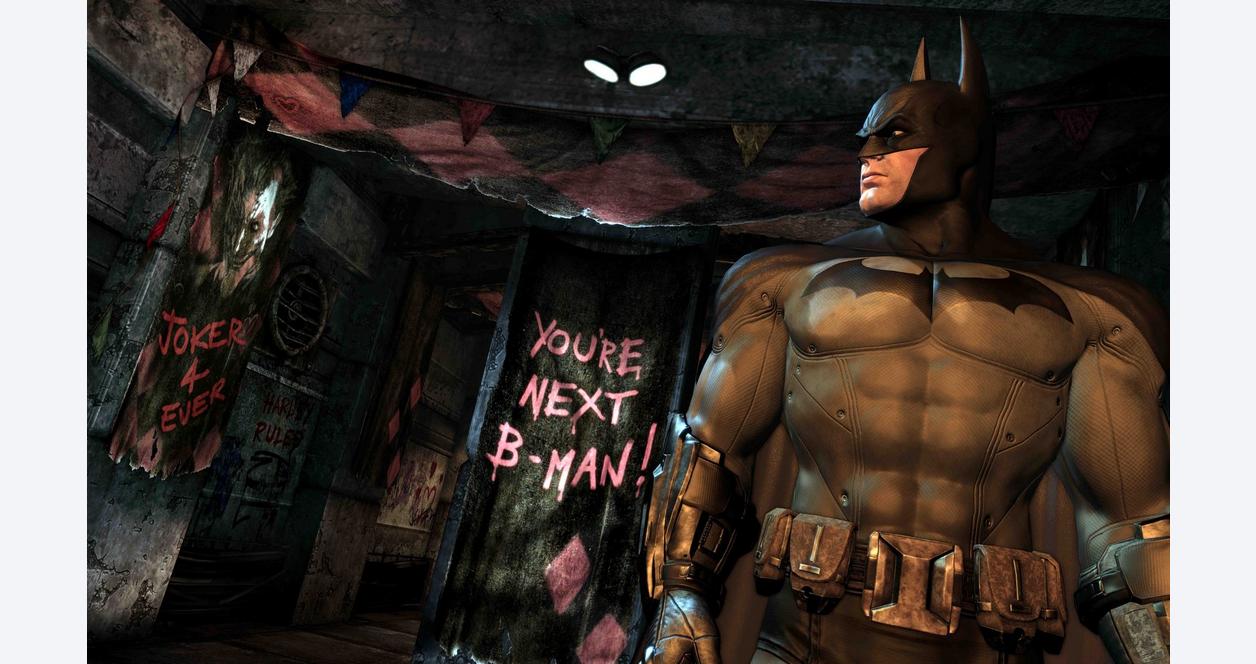 Fans who already own an original boxed edition of Batman: Arkham City can experience the new gameplay by downloading the Harley Quinn's Revenge Pack, which will be available beginning May 29 in the PlayStation®Network and in the Xbox LIVE® Marketplace for Xbox 360.

The Harley Quinn's Revenge mission sends players back into Arkham City to face their final challenge as they interchange between playing as both Batman and Robin. Gamers must utilize each of the characters' unique combat and investigative skills to uncover Harley's vengeful plan and shut the gates on the urban mega-prison forever. In addition to experiencing a new storyline, fans can explore new environments and face-off against Harley's all new gang of thugs.

Batman: Arkham City builds upon the intense, atmospheric foundation of Batman: Arkham Asylum, sending players flying through the expansive Arkham City – five times larger than the game world in Batman: Arkham Asylum – the new maximum security “home” for all of Gotham City's thugs, gangsters and insane criminal masterminds. Featuring an incredible Rogues Gallery of Gotham City's most dangerous criminals including Catwoman, The Joker, The Riddler, Two-Face, Harley Quinn, The Penguin, Mr. Freeze and many others, the game allows players to genuinely experience what it feels like to be The Dark Knight delivering justice on the streets of Gotham City.

Batman Arkham City Game of the Year Edition is rated 4.7 out of 5 by 165.
Rated 5 out of 5 by GeekSama from Near perfect comic book game! This game is the epitome of what Batman (and comic book games in general) should be. The gameplay is great, whether you’re gliding through the city at high speeds or stopping criminals, you always feel like “The Batman”. The combat system is what most games copy nowadays, with fluid combat consisting of punches, kicks, counters, and bone breaking finishers. The story is fantastic as well, with twists and turns around every corner. Mainstay Batman villains getting their screen time, some don’t get nearly as much as they should, but I feel it is the biggest problem. With this being the Game Of The Year Edition, it does come with extra content. That being new characters playable on Challenge Maps (Nightwing, Robin, and Catwoman), new challenge maps, Catwoman’s side story that goes along with the main story, and Harley Quinn’s Revenge DLC. I can’t get into all that, since I actually haven’t played it all yet, but I’ve heard they are worth it. Overall, this game is what superhero games aspire to be, with spectacular combat, an intriguing story, and great characters all throughout. If you are a comic book/Batman fan, or want to get into Batman, this game is perfect for you.
Rated 5 out of 5 by Esteward Maurice Fonseca from Batman Arkham City This game is awesome. But i did have to exchange it.
Rated 4 out of 5 by Sinharvestx from Batman Arkham city goty It is a great sequel to Arkham asylum and great for people that like Batman lore and characters.
Rated 4 out of 5 by Nightstoker from SeniorPlayer This Batman game is easier for me to play then the psvita or ps4 version. But I am a SeniorPlayer. I like it can't stop playing it.
Rated 5 out of 5 by Great experience at GameS from Great experience at GameStop buying my games at Ga Great experience at GameStop buying my games at GameStop no problem
Rated 4 out of 5 by Neurnr from Costumes People! COSTUMES!!!!! Great!!!!!! I personally love it!!!! The only thing is that to select a different batman costume you have to quit back to the main menu and select a different one. Other than that PERFECT!!!!!
Rated 5 out of 5 by Mannyv560 from Great game Amazing! Love the story line and can’t wait till I get Asylum!
Rated 5 out of 5 by LOBO78 from Great game, fast paced Still trying to get the idea of the game, I am evidently slow, It is worth your time. 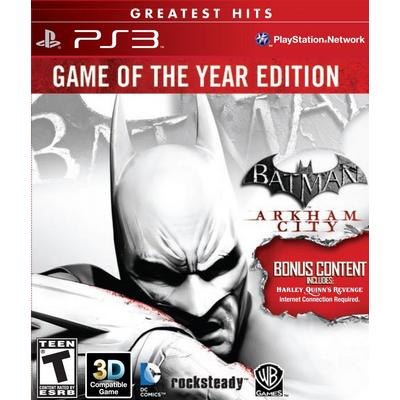