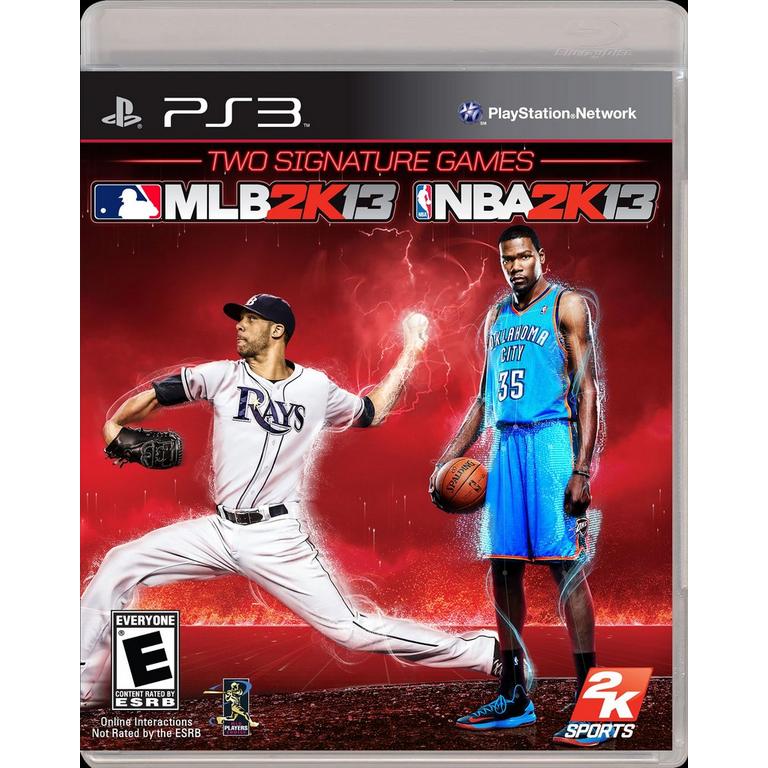 With more than 5 million copies sold worldwide and more than 25 Sports Game of the Year awards won, NBA 2K12 was another monster release for the biggest NBA video game simulation franchise in the world. This year, 2K Sports has joined forces with the legendary JAY Z as Executive Producer to transcend sports video games and take virtual hardwood to the next level. Featuring an enhanced MyCAREER mode and all-new gameplay features, NBA 2K13 lets gamers pit the best players in NBA history against the new dynasty of talent, including the much-debated matchup between the 2012 U.S. Men's National Team and the 1992 “Dream Team.”
More Details Less Details

A JAY Z Production – NBA 2K13 is produced by multi-platinum recording artist and hip-hop mogul JAY Z. USA Basketball – Finally answer the question: Who would win a head-to-head duel between the 1992 Dream Team and the 2012 squad?

NBA 2K “MyTEAM” – Collect players, uniforms, arenas and boosts to put together your own team. Track the talent marketplace that fluctuates based on real-life performance, and then take your team online to play against other players' MyTEAMs in a new tiered matchmaking system.

Improved Gameplay features, including such innovations as:

Shoe Creator – One of the most flexible interfaces ever allows the user to customize up to 45 shoe components and layers from the ground up. Create original shoes from all the major shoe brands and deck your player out with his own signature creation.

Classic Teams – The best teams in NBA history are back, and can now be taken online. Challenge your friends with squads such as the '96 Bulls and '65 Celtics.

Total Control Pitching &amp; Hitting - The original analog pitching and hitting controls remain the benchmark. Unmatched control and realism allow you to feel the action on both sides of the plate.

My Player - Experience the journey from Minor Leagues to MLB stardom. Choose your path, customize your player and work your way to the top.

MLB Today Season - Play through the full 2013 MLB season, one day at a time. Real results combine with yours, allowing you to compete directly with real life MLB teams.

Franchise - Championship teams are built in the front office, and crowned on the field. Can you master both sides of the ball and build a dynasty?

Postseason - Relive the 2012 Postseason, or customize your own bracket and crown a new champion.

2K Sports Combo Pack is rated 4.3 out of 5 by 6.
Rated 4 out of 5 by DawgBones from NBA-Good MLB-Poor NBA 2K13 is a very good game and I love it a ton. MLB 2K13 is not as good of a game and when compared to other MLB games (i.e. The Show) it looks even worse, and that's not just the graphics (Which suck). So my rating individually would be NBA- 8.7 MLB- 6.5
Rated 5 out of 5 by Shamus from Awesome combo Putting two awesome games together, both of them are, in my opinion the best new sports video games out right now. You could get one of them individually, or get them both together, two times the fun! 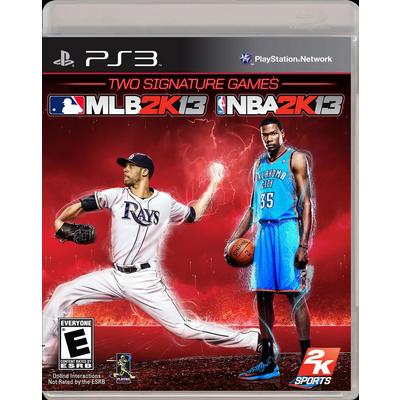 2K Sports Combo Pack
PlayStation 3
Buy 2 Pre-Owned Games, get 1 free! Cannot be combined with any other offer. Add items to cart for discount.