No Descriptors
Spectacular scenery and large sweeping curves through the Rocky Mountains are just some of t Read More
$39.99
BUY NOW, PAY LATER
with 4 payments of $ Learn More

Get it this way:
Free pick up at store with delivery@door
at
Out of Stock at .
Check other stores
DELIVER TODAY NEXT DAY
($7.99 FEE PER ORDER)
Learn more
Deliver to Not available for your address
Verify Address Change
Select Condition For Availability
Spectacular scenery and large sweeping curves through the Rocky Mountains are just some of the features of Marias Pass, available now for Train Simulator.

The 152 mile Montana route was first charted by the then principal engineer of the Great Northern Railway, John Frank Stevens, in December 1889. It proved to be an ideal route for a railroad with its wide valley and gentle gradient, meaning it would not require extensive excavation and multiple locomotives would not be required to haul freight up its incline.

The Pass reaches more than 5,200 feet (1,580 metres) at its summit and forms the southern edge of the Continental Ranges, a major grouping of the Rocky Mountains. Starting out at Shelby, the route winds up and through the flat farmland and open plains before heading into the mountain range through narrow canyons and vast pine forests alongside the Flathead River. Passing through Cut Bank and Browning, the route reaches the summit just after Marias, before descending through Essex and Columbia Falls to Whitefish.

The route is famous for its spectacular bridges, and these are accurately depicted alongside other features including mountain snow sheds, the silo ‘Dalek' at Browning, Belton Lake, the concrete Penguin at Cut Bank, a large marshalling yard at Whitefish, industrial facilities throughout the route and the 13 mile branch line to Kalispell.

Also included with the route is a GE ES44 DC locomotive in BNSF heritage livery and a Burlington Northern EMD SW1500 switcher, along with new BNSF 50ft box cars and lumber cars, and several reworked freight cars in BNSF and BN livery.

Marias Pass is a stunning Montana route through some of the most picturesque mountainous settings with its unique challenges of driving long, heavy freight trains up and down the wide valleys and gentle gradients. 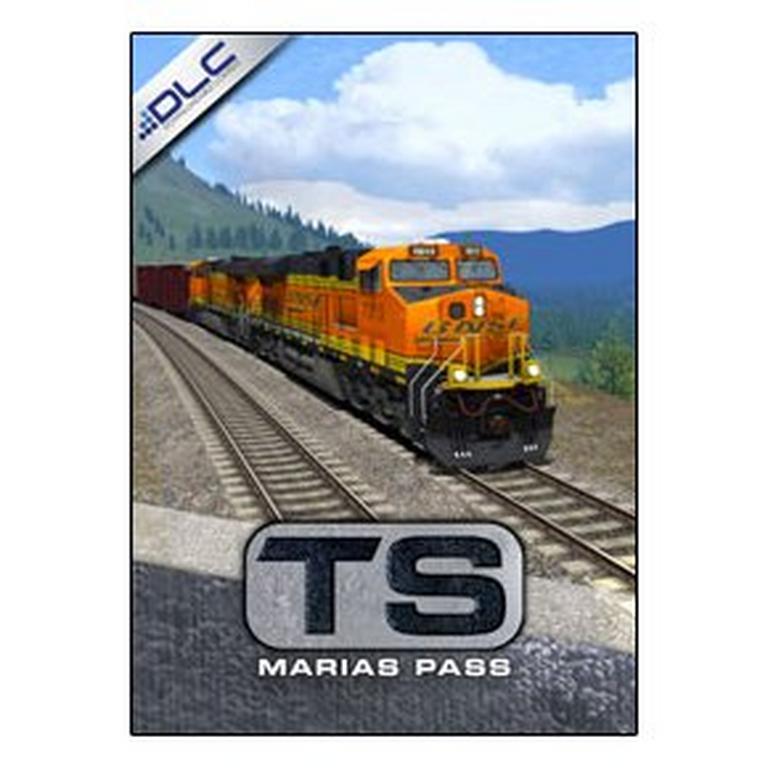