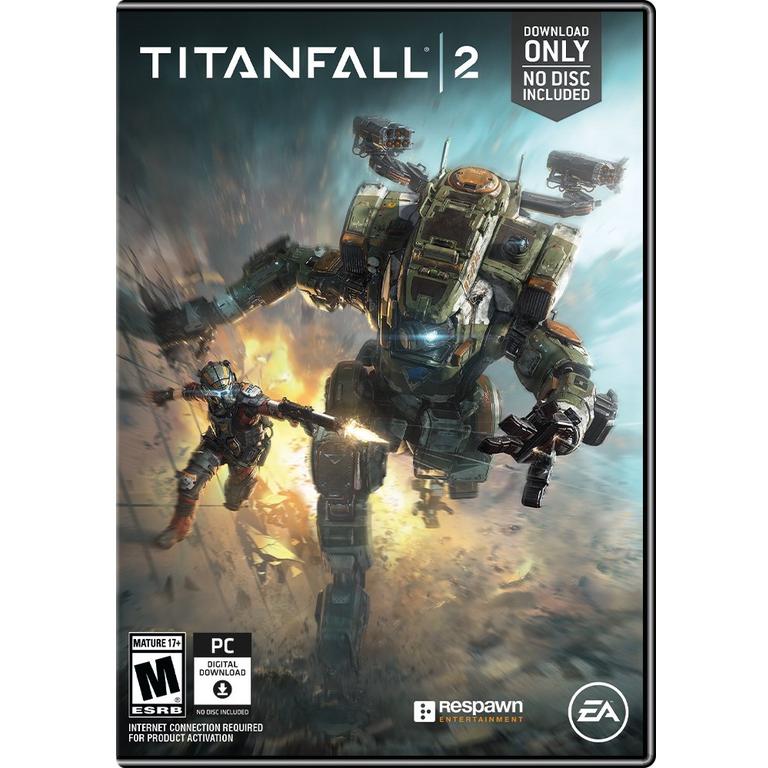 Environments and robot designs are spectacular, but human character models look out of place

Characters who should be flimsy caricatures are brought to life by great voice acting, and a phenomenal score bolsters the action

Like its predecessor, Titanfall 2 plays like a simple and straightforward first-person shooter whether you're zipping around with a submachine gun or bearing down on your opponents in your titan

When the first Titanfall was released, it garnered praise for pitting players against each other in the future as wall-running, submachine gun-toting pilots capable of calling down and controlling massive mechanized death machines. However, the game also received a good deal of criticism for lacking a single-player component. The sequel seeks to satisfy those in search of a more story-driven singular experience and succeeds. If the original Titanfall was a proof of concept, then the sequel is a fantastic and polished second draft that deftly uses all of the qualities that made the first game so bold and fresh.

Titanfall's universe is simple: An evil empire is trying to rule the galaxy and a rebellion is fighting them, with both sides duking it out on various planets. Certain specialists in both armies, simply referred to as “pilots,” are capable of operating mechs called Titans. Pilots are also deadly on their own, capable of swiftly moving across the battlefield and dispatching foes.

In the campaign, you play as rebel Rifleman Cooper, who's training to become a pilot when his regiment gets stranded on a mysterious, lush planet. You wake up to find your mentor dying after he saves your life. He gives you control of his Titan, B.T., and charges you with finishing a secret mission involving something called the Ark. The story's strength hinges on Cooper and B.T.'s relationship. Cooper is unproven but ambitious. B.T. is a straightforward, sticks-to-the-facts A.I. that lives by Asimovian protocols like “uphold the mission” and “protect the pilot.” Their dynamic is akin to a buddy comedy, with Cooper often understating the situation and B.T. taking him to task for it with data. A number of scenes throughout the campaign had me chuckling, and when the credits rolled I was impressed with just how much I cared for my greenhorn-turned-Rambo and his robo sidekick.

The campaign has a narrow mission structure similar to Call of Duty, where you're constantly being funneled from location to location, accomplishing objectives, and then moving on to the next level. However, nearly all of the sections where you're fighting enemies are open, giving you a bevy of tactical options to complete your goals. Early on you come across a camp filled with enemies patrolling the grounds. You can stroll right in guns blazing and kill everyone, or prowl with your stealth camo power-up and snap necks until no one's left. You can even get past this area without killing a single soul, cloaking and dashing past enemies. You can't progress through the entire game without killing anyone, but the option pops up frequently.

Titanfall 2 is rated 5.0 out of 5 by 1.
Rated 5 out of 5 by tonyborges from Incredible single player even better multiplayer The combat is the smoothest I've ever played. Its so Good I feel proud to have put more than a month in it's multiplayer

Does this support xbox controller on the pc?

Asked by: Brandon Bolesta
Yes it does as long as you are using a windows pc
Answered by: Jfoley17

When purchasing the download is there a platform I have to use? like steam? or do i just run normally?

Asked by: titanplays
When you buy the game, you get a key for Origin(EA's digital store).
Answered by: lobobear7 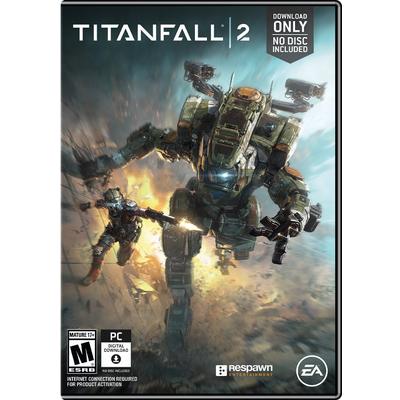