Blood and Gore
Intense Violence
Strong Language
TimeShift is rated 4.0 out of 5 by 2.

Blood and Gore
Intense Violence
Strong Language
TimeShift is rated 4.0 out of 5 by 2.
Dr. Aiden Krone has made a Time Jump across the space-time continuum – a reckless act with f Read More
$19.99

Get it this way:
Free pick up at store with delivery@door
at
Out of Stock at .
Check other stores
DELIVER TODAY NEXT DAY
($7.99 FEE PER ORDER)
Learn more
Deliver to Not available for your address
Verify Address Change
Select Condition For Availability
Dr. Aiden Krone has made a Time Jump across the space-time continuum – a reckless act with frightening consequences. Now, a disturbing alternate reality has evolved within the bleak and rain-soaked Alpha District. Armed with the experimental Beta Suit, you alone are able to slow, stop and reverse the flow of time. Only with this ability can you lead the uprising to victory and put an end to Krone's madness.
Dr. Aiden Krone is a former professor of Applied Physics at MIT, notorious for his unrivaled brilliance and obsession with Thermodynamics, Advanced Propulsion, and Quantum Electrodynamics (QED). Despite his increasing tendencies to demand control and secrecy, he became the Founder and Lead Physicist of a classified Time Travel research program.

Over a decade later, Krone's program had successfully developed the world's first time-traveling suit technology. However, as the program's equally secretive decision-makers demanded this technology be adapted for military applications, Krone's feelings of self-entitlement and anger grew. He secretly desired a new existence, a new world where his scientific endeavors could be shaped and experienced without outside interference.

The combination of Krone's mind and his suit technology gave him the ability to create and control another existence - an existence where a man of science could finally operate without restrictions and do so within a place where science itself was properly respected… regardless of the effects on humanity.

It is now up to you to trace Krone's last known appearances and stop his tyrannical rule over Alpha District. In a twisted world where scientific accomplishments reign, it's up to you to don the Beta Suit and Master Time to Become the Ultimate Weapon.

TimeShift is rated 4.0 out of 5 by 2.
Rated 4 out of 5 by Pathg45 from Fun use of "Time" Timeshift is a sci-fi shooter that would be considered out-of-date by today's standards in the aspects of graphics and variety of weapons. With that said there are several weapons that are each fun to use, and obtain throughout your play-through of the game. The story of the game kind of went over my head, and doesn't seem to be the main focus of the game. But the thing that does stand out is the gameplay mechanics. Basically you are in a suit that gives you the ability to control time. You can slow down time, stop time, and reverse time around you, without it affecting you much. You can use this ability in several ways. You can slow down time to kill many enemies quickly without consuming a lot of your suit's energy and not getting shot by enemies as easily of course. Stopping time consumes more energy but completely stop everything around you, and you can launch your grenades and shoot x-bow bolts to have to hit enemies. Reversing time is mostly used to solve small puzzles, which do require a little bit of thinking sometimes, but can also be used to revive dead allies, that is only if they died within' seconds of using it, because using reverse time consumes vast amounts of your suits energy. With these 3 abilities it adds a bit of variety in your gameplay. I don't want to go into too much more detail so i'll conclude my review here. This game is very fun to play. It feels like your typical shooter with some variety in the gameplay and several small puzzles to take a break in the action and keep you thinking. You'll get a good amount of hours into it so it is well worth your money. If you are a fan on Half Life this will definitely be a game you should try. Made in 2007, still fun in 2015. Would love to have seen a sequel with more focus on the story. Happy gaming!
Rated 4 out of 5 by 52zz from another sci-fi FPS this game is just like singularity because it`s a first person shooter and science fiction that involves the time. 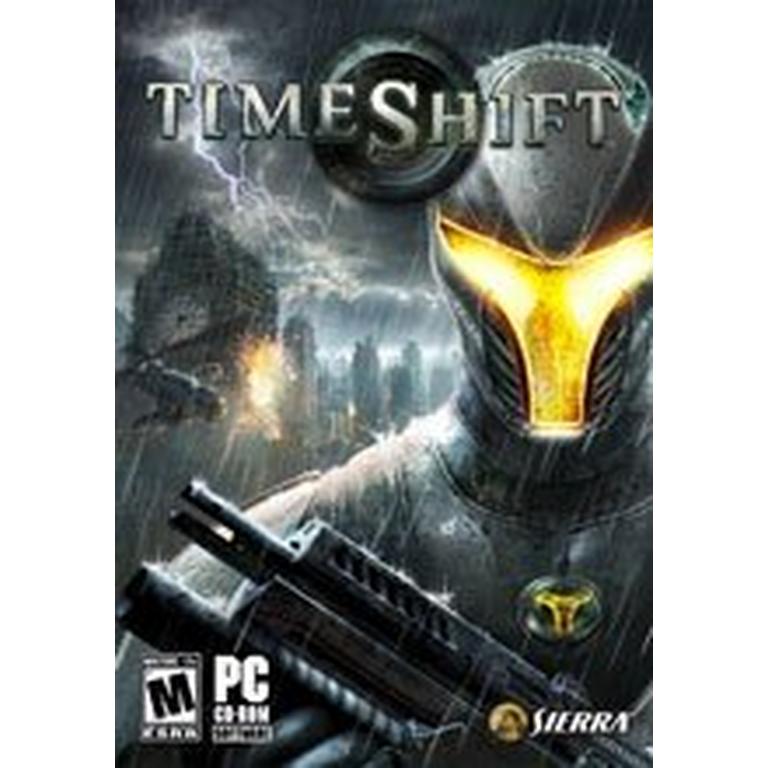