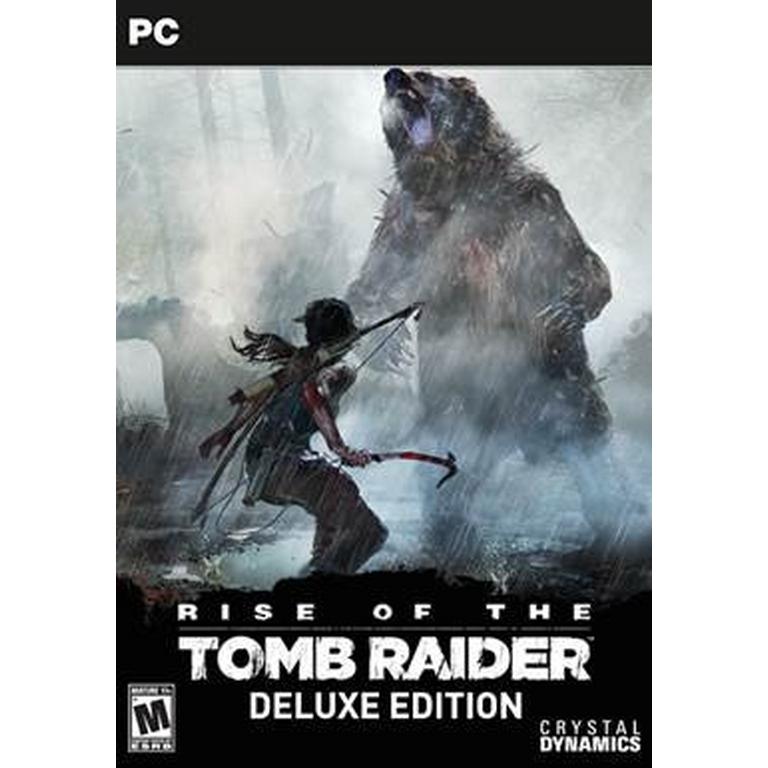 In the critically acclaimed Tomb Raider, Lara Croft was forged into a true survivor, but she glimpsed a deeper, secret world. Now, after uncovering an ancient mystery, Lara must explore the most treacherous and remote regions of Siberia to find the secret of immortality before a ruthless organization known as Trinity. Lara must use her wits and survival skills, form new alliances, and ultimately embrace her destiny as the Tomb Raider. Experience high-octane action moments, conquer beautifully hostile environments, engage in brutal guerilla combat, and explore awe-inspiring deadly tombs in the evolution of survival action. In “Rise of the Tomb Raider,” Lara becomes more than a survivor as she embarks on her first Tomb Raiding expedition.

About the Season Pass:

The Season Pass for Rise of the Tomb Raider includes a range of content that will extend your single-player campaign, and also allow you to compete with friends. Three major releases will challenge you to survive the extreme conditions of Endurance Mode, explore a new tomb that houses an ancient terror in Baba Yaga: The Temple of the Witch, and combat waves of infected predators in Cold Darkness Awakened. In addition, a steady stream of outfits, weapons, and Expedition Cards beginning on Day 1 and continuing over four months will keep you customizing, expanding, and challenging your friends to new adventures.

Rise of the Tomb Raider Deluxe Edition is rated 5.0 out of 5 by 1.
Rated 5 out of 5 by starboat from Great game Ihave all ways loved tomb raider games and this one is one of the greatsit. Thank you.