Blood and Gore
Intense Violence
Sexual Themes
Strong Language
Use of Drugs and Alcohol
Far Cry 5 Deluxe Edition is rated 5.0 out of 5 by 2.

Blood and Gore
Intense Violence
Sexual Themes
Strong Language
Use of Drugs and Alcohol
Far Cry 5 Deluxe Edition is rated 5.0 out of 5 by 2.
Far Cry® comes to America in the latest installment of the award-winning franchise. Read More
$69.99
BUY NOW, PAY LATER
with 4 payments of $ Learn More

Get it this way:
Free pick up at store with delivery@door
at
Out of Stock at .
Check other stores
DELIVER TODAY NEXT DAY
($7.99 FEE PER ORDER)
Learn more
Deliver to Not available for your address
Verify Address Change
Select Condition For Availability
Far Cry® comes to America in the latest installment of the award-winning franchise.

Is the Farcry 5 game played through steam if I buy the pc version? I was planning on getting the gold edition for pc, but I'm not sure if the game will be added to my library on steam.

Asked by: AB00
Far Cry 5 Deluxe Edition is rated 5.0 out of 5 by 2.
Rated 5 out of 5 by bdmfkr from Love the game! I've always been a big fan of the Far Cry series & this is a great continuation of the franchise.
Rated 5 out of 5 by amd monster from Example: Great features! Example: I bought this a month ago and am so happy that I did... 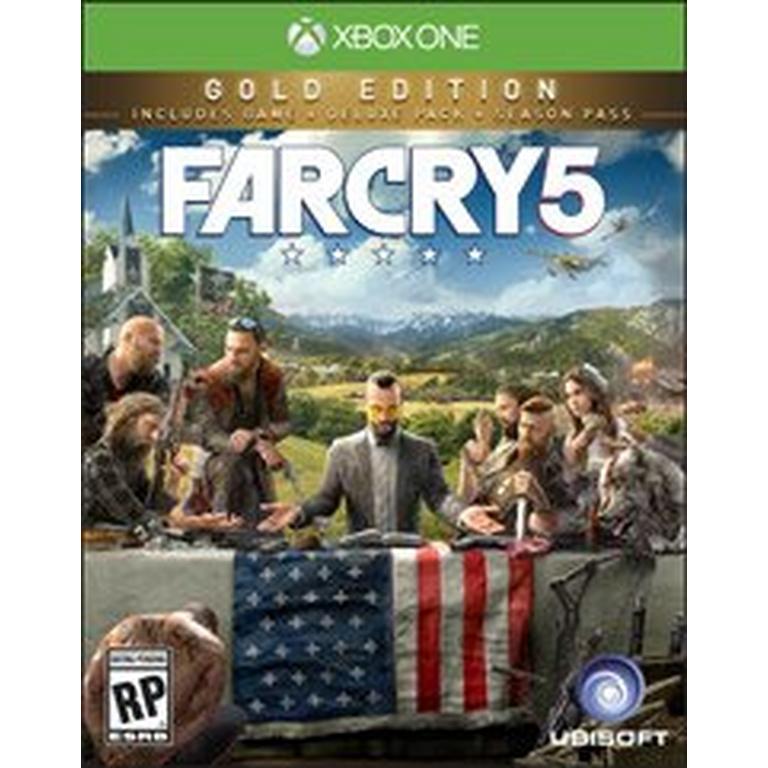