Get it this way:
Free pick up at store with delivery@door
at
Out of Stock at .
Check other stores
Everyday Free Shipping $35+
DELIVER TODAY NEXT DAY
($8.99 FEE PER ORDER)
Learn more
Deliver to
Verify Address Change
Please provide your address to verify you are within our delivery area.
Select Condition For Availability
Buy Together
Demigod is a real-time, tactical strategy game that includes extensive role-playing elements. Choose from several Demigods, each poised for battle with their own unique capabilities and awe-inspiring powers. Vanquish other would-be gods as you gain levels, increase in power, unlock the power of mystic artifacts and slowly battle your way closer to joining the Pantheon. Standing in your path are cunning and ferocious opponents that are controlled by either a sophisticated AI system, or by other players via the Internet. Both single- and multiplayer offer a persistent universe where your Demigod uses the spoils of victory to draw closer to ascension, thwart an enemy's attempt at ascension or even acquire powerful items that can be unleashed in the next battle. The combination of awesome gameplay, incredible graphics and pulse-pounding action means that Demigod is infinitely replayable. You'll keep coming back again and again as you valiantly try to reach the Pantheon and bask in the glory of your final ascension.
Set in a magical world where gods walk among mortals, Demigod blends action, strategy and role-playing elements into a thrilling new experience. Select the Demigod that will lead your minions into battle and unleash the dogs of war against your rivals. Your Demigod will do whatever it takes in order to ascend to true godhood.

Once in the Arena, each Demigod will be joined by support troops that fight to the death as you struggle to seize key control points and slowly turn the tide of war in your favor. And your Demigod will level up during the course of each battle, becoming even more powerful as you unlock new abilities and powers.

It's a brutal conflict of Demigod versus Demigod, where the very ground beneath their feet will tremble and quake.

Choosing a Demigod also means you choose a particular play style. As an assassin, become a one-man army as you wade into the front lines, devastating armies with your powers. As a general, build an army and lead them into battle, mowing down the opposition. When your general participates in the battle, they can turn the tide for their troops by healing them, weakening enemy troops and actively fighting in the battles.

Reinforcements will come through your portal regularly, helping you push your way to your opponent's stronghold. As you fight and win battles, these reinforcements grow in size and power. What starts as a simple unit of soldiers and archers will grow into a deadly force armed with priests, angels, building-destroying catapultasauri and army-smashing giants. As a general, build barracks around your castle and recruit these units for your own personal army. Command your own army with simple RTS controls.

Your own castle is color coded and can be easily found. Protect your castle with archer towers and towers of light. As an assassin, build powerful stores so you can quickly upgrade your Demigod and return to the fray. As a general, build barracks to recruit your army. If you are ever low on health, recall back to your castle to quickly heal. 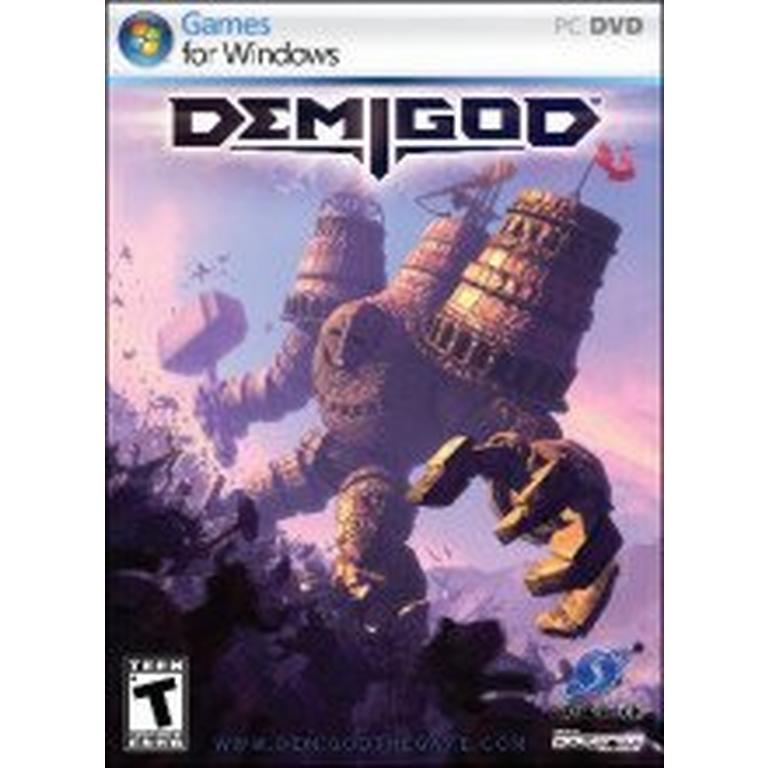