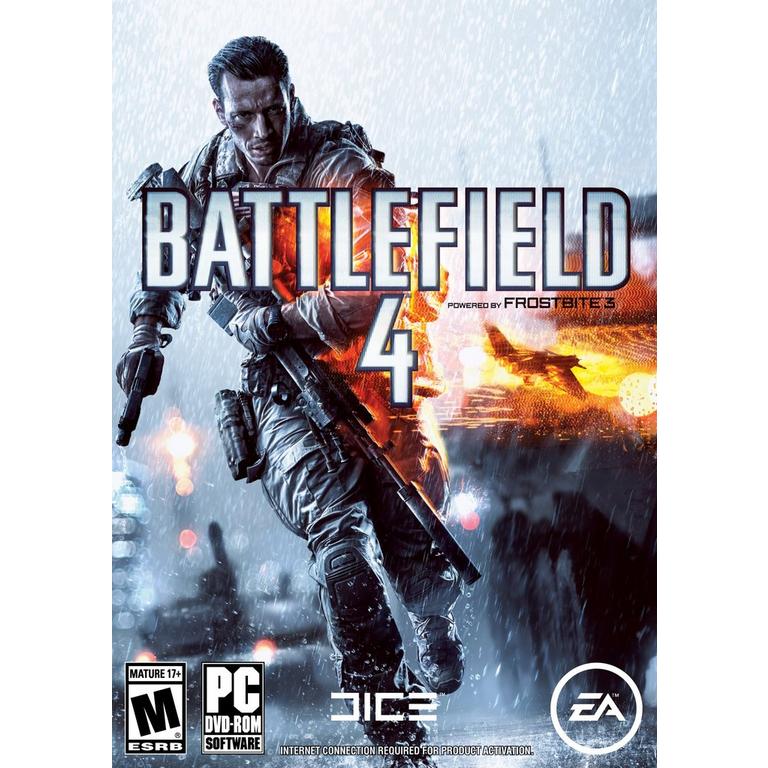 Battlefield 4™ is the genre-defining action blockbuster made from moments that blur the line between game and glory. Fueled by the next-generation power and fidelity of Frostbite™ 3, Battlefield 4 provides a visceral, dramatic experience unlike any other.Only in Battlefield will you blow the foundations of a dam or reduce an entire skyscraper to rubble. Only in Battlefield will you lead a naval assault from the back of a gun boat. Battlefield grants you the freedom to do more and be more while playing to your strengths and carving your own path to victory.In addition to its hallmark multiplayer, Battlefield 4 features an intense and dramatic character-driven campaign that starts with the evacuation of American VIPs from Shanghai and follows your squad's struggle to find its way home.There is no comparison. Immerse yourself in the glorious chaos of all-out war, found only in Battlefield.
More Details Less Details

THE FREEDOM TO DO MORE AND BE MORE

Immerse yourself in the glorious chaos of all-out war. New maps, more vehicles, weapons and destruction allow you to create your own path and play to your strengths. Absolutely nothing compares to the sheer scale and scope of Battlefield 4.

PLAY TO YOUR STRENGTHS

The quality and sheer number of multiplayer maps, drivable vehicles and deep customization options make the scope and scale of Battlefield 4 incomparable.

Jump into a helicopter and pursue an enemy tank. Repair friendly vehicles to keep them in the fight. Or stay back and snipe from strategic points at enemy infantry. There's a role for everyone to play on the Battlefield.

TAKE POINT AND TURN THE TIDE

Get a strategic overview of the combat area and monitor the battle through the eyes of your squad leaders on the ground.

NEXT GENERATION OF BATTLE

The awe-inspiring power of the Frostbite 3 engine delivers the highest standard of immersion in entertainment. An unmatched level of visual and audio fidelity, superior character animations, and dynamic environments.

Frostbite 3 simulates vast and detailed battlefields with game-changing destructible elements, both natural and triggered by players themselves.

Continuing to set the industry standard in ultra-immersive soundscapes, whether it's the explosive chaos of all-out warfare or a gentle breeze passing through the trees.

CHANGE THE FACE OF BATTLE

Experience a dynamic battlefield where no two games will ever be the same. Your actions physically change the battlefield in real-time, providing interactive game environments that react to your every move.

BRING DOWN THE BASE

Take down an entire skyscraper in multiplayer and keep fighting in the dust and debris that follows.

With the help of dynamic weather changes, make a huge destroyer crash into shore and change the nature of the Battlefield itself.

Levolution lets you blow up a dam to flood the streets of an entire city, and turn the tide of the battle in one fell swoop.

OWN THE LAND, THE AIR AND THE SEA

Battlefield 4 extends the front past the shoreline with the addition of intense and dramatic water-based combat.

Pilot the all-new powerful attack boats to combat enemies at sea, on the coastline and even in the sky.

Compact Personal Water Crafts and mighty Patrol Boats -- in Battlefield 4 there's a naval unit for every situation, both strategic and offensive.

ALWAYS ON AND ALWAYS WITH YOU

With Battlelog, the Battlefield is always at your fingertips. Discover the new features of the free social platform Battlelog and learn how the experience extends beyond PC and console to tablet and mobile.

BE THE BEST - ANYWHERE

Our geo-based leaderboards will let you see who's the best tank driver or jet pilot in the world, in your country, or in your city.

Visit the Battlelog forums and participate in all kinds of discussions about Battlefield 4.

Battlefield 4 is rated 3.5 out of 5 by 44.
Rated 5 out of 5 by oStarZ from Game is Amazing, Huge Comeback An og battlefield. The developers pushed to make great changes to the game to make it one of the best battlefield games ever. They made a comeback and listened to the community.
Rated 5 out of 5 by Lopez5956 from The ultimate PC Game experience! I played Battlefield 4 on PS4 and rliked it. Somehow lost the game. Now that I’m on PC, I really like this game! Totally different than console
Rated 5 out of 5 by ZeliousX from Timeless Masterpiece! The game is very entertaining for a old game. Bf4 graphics are still ahead of most games today, gameplay is great, and there is still a large community that still plays it. Definitely pick this up for pc if you got some spare cash.
Rated 5 out of 5 by Apollyon from Awesome game! It met all my expectations overall 10/10 i recommend this to all who love fps games
Rated 5 out of 5 by PapaN from Great Game! this game is great! it is very good for roleplay and just for the graphics gamers out there aswell! and if you like war this game is FOR YOU!
Rated 5 out of 5 by Carl707 from Great great game People are harsh on these reviews this game was way to awesome. The graphics where great. the story line wonderful.this is one of my favorite games ever hands down.now online play i'm not sure i just played the story and it was real good i put it above COD games.
Rated 4 out of 5 by numar from Not perfect but IMO still the best FPS out there. This game definitely has many of the same flaws as BF3 and is now old like it too. Random crashes, sound issues, graphic anomalies that were never fixed. Their forums are filled with them. I am sure they can do better than this with the money they make. That being said BF4 is a good game. 64 player hardcore conquest is my favorite, all classes, and most of the maps are good for that. Plenty of unlocks to keep you busy while leveling. Premium helps unlock a good amount of that stuff over time. I selected for casual gamers because after playing since release I am bored after playing a few maps. Not many maps to choose from though. Easily solved with more Premium releases. Even if some are revamped old BF franchise maps, more would be awesome. Along with more maps I wish they would focus on larger scale maps like the 150 players in Delta Force, or massive like PlanetSide 1 prior to Core Combat.
Rated 1 out of 5 by M852 from Too Many Glitches Way too many glitches in the game itself for it to be an enjoyable playing experience (Campaign mode - have not tried multiplier). For example, on the campaign Shanghai level, Pac and Irish get stuck and will not follow the player (Recker) across the street to the hotel tower where the VIPs are being held at. After numerous times of restarting the mission at that checkpoint, much to my relief, they finally moved like they were supposed to. Now on the South China Sea level (where I'm currently stuck by a glitch now) as you're driving the getaway gun boat to escape the USS Titan, it's extremely hard to catch up with the other ship that you're supposed to get to. I have been stuck on this level circling in the water (I have killed all the enemy attack boats) for well over 30 mins... When I did, however, figure out how to catch up to it by getting ahead of the circle it makes, the back hatch is closed so you may not get aboard. This is a shame because it seems like this game could of had pretty good gameplay if it weren't for those glitches. Too bad I can't return it and get a refund... :(

Can this be downloaded on any compute including Chromebook laptop if not then what can i do to get this game in a digital version? 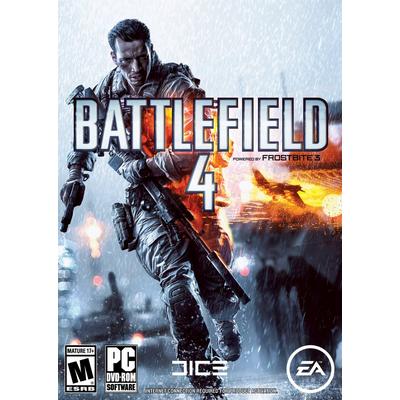