Help
Wii Party U - does not include Wii Remote or Stand 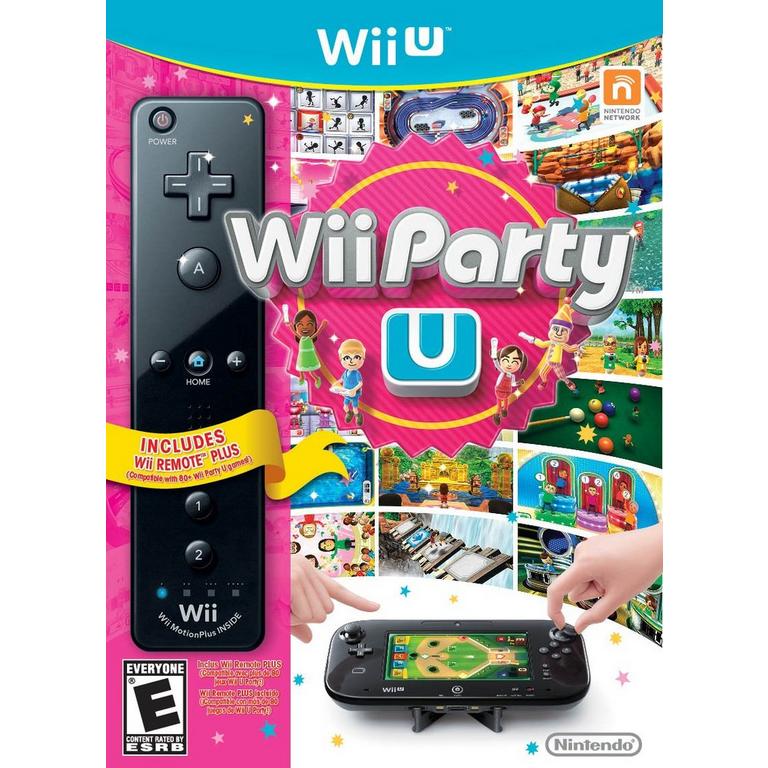 Wii Party U - does not include Wii Remote or Stand

It's time to party with Wii U - Enjoy board games and mini-games on the TV, play familiar tabletop games using the Wii U GamePad Controller, or transform your living room into a game show floor. No matter what kind of party you're throwing, Wii Party™ U offers something for everyone. Bundled with a Wii Remote Plus controller and stand.
More Details Less Details

Invite your friends over

IT'S TIME TO PARTY!

Exclusively for Wii U™

Turn your living room into a party playground with 80+ all-new Wii Party U games that will get everyone off the couch. Every kind of fun you can think of is under one roof with Wii Party U™, which includes a Wii Remote™ Plus and a horizontal stand for your Wii U™ GamePad controller.

What kind of party will you throw?

Get the whole room laughing with fun contests that take full advantage of the GamePad: like a game show that tests how well people know each other or a dance party that will have you circling the floor with partners.

Gather your friends and family around the TV. Up to four players can use their Mii characters in different board game challenges to play 65 different minigames.

Shut the TV off and go head-to-head with one other player in 14 GamePad tabletop minigames, which range from foosball to baseball to slot-car racing.

The party doesn't end there, of course. You can also play any of the minigames in Minigame mode, post reviews and comments to the Miiverse™, and even check in with the always-helpful Party Phil for customized suggestions.

Party at our Pad tonight

Here are some of the things we're bringing to the party:

Party at our Pad tonight

Here are some of the things we're bringing to the party:

Wii Party U - does not include Wii Remote or Stand is rated 4.1 out of 5 by 25.
Rated 5 out of 5 by All my names are taken from One of the Best! It’s one of the better party games out there, definitely better than Mario Party 10.
Rated 5 out of 5 by khdarkwolf from Nice variety Man, this game is fun, there's quite a few modes, some better than others, but that's normal for a party game
Rated 4 out of 5 by Smile2dagney from So much fun! I Love it. My 9 yr old niece and I can play for hours. It’s a fun competitive game. I would of given it a 5 star rating if it had the game stand and remote. But we can still play all the games. It’s the best Game Stop costumer service compared to other game stop stores I’ve been to.
Rated 2 out of 5 by J West from Could have been better I only gave it a two star because I wasn’t able to play the game as it was scratched and never got passed the choose your game section.
Rated 1 out of 5 by Aidantaysmom from Did not work First one we bought didn't work. Second one that we exchanged the first one for did not work, even though we were told it definitely would. Never going to Game Stop again.
Rated 4 out of 5 by shris from Good game, Excellent service First disc we received wasn't recognized by the machine, but Gamestop sent a replacement that worked great. The game itself is full of very difficult mini games and very silly large games. We have played a couple of them--one about ball dropping, and one a costume collecting board game. They are good for a laugh.
Rated 5 out of 5 by MommaG from Family Friendly All Ages House full of kids love it! Parents do too! No issues. 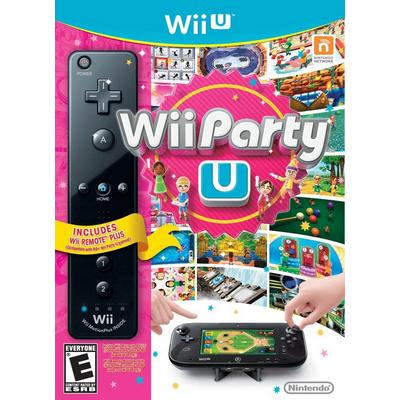