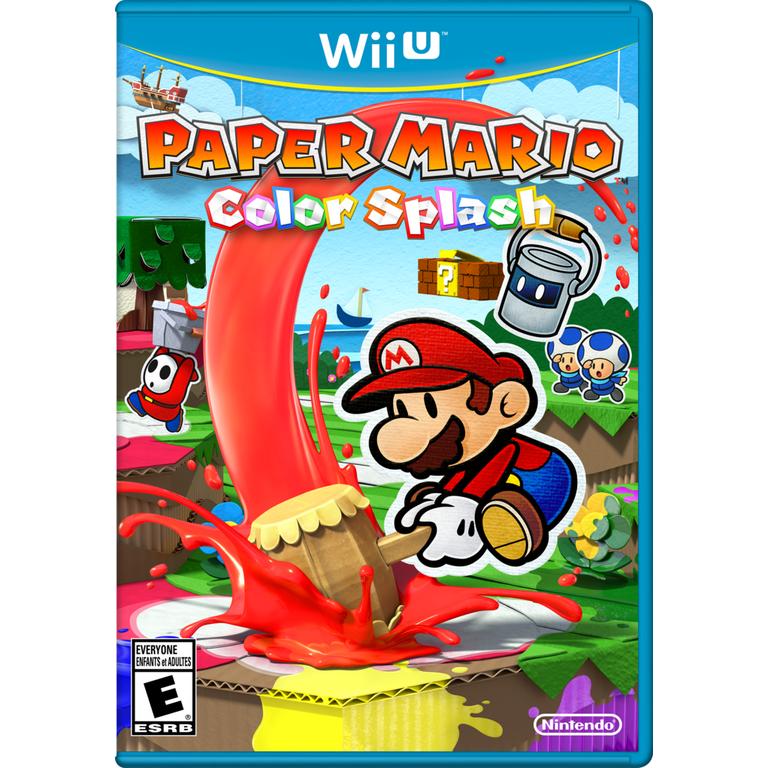 A mystery is afoot on Prism Island - and only Paper Mario can solve it by restoring the island's vanishing colors with his new Paint Hammer and the powerful Battle Cards up his sleeve. These fresh layers of strategy, along with the hilarious action adventure gameplay the series is known for, make this one of the most colorful Paper Mario action-adventure games ever.
More Details Less Details 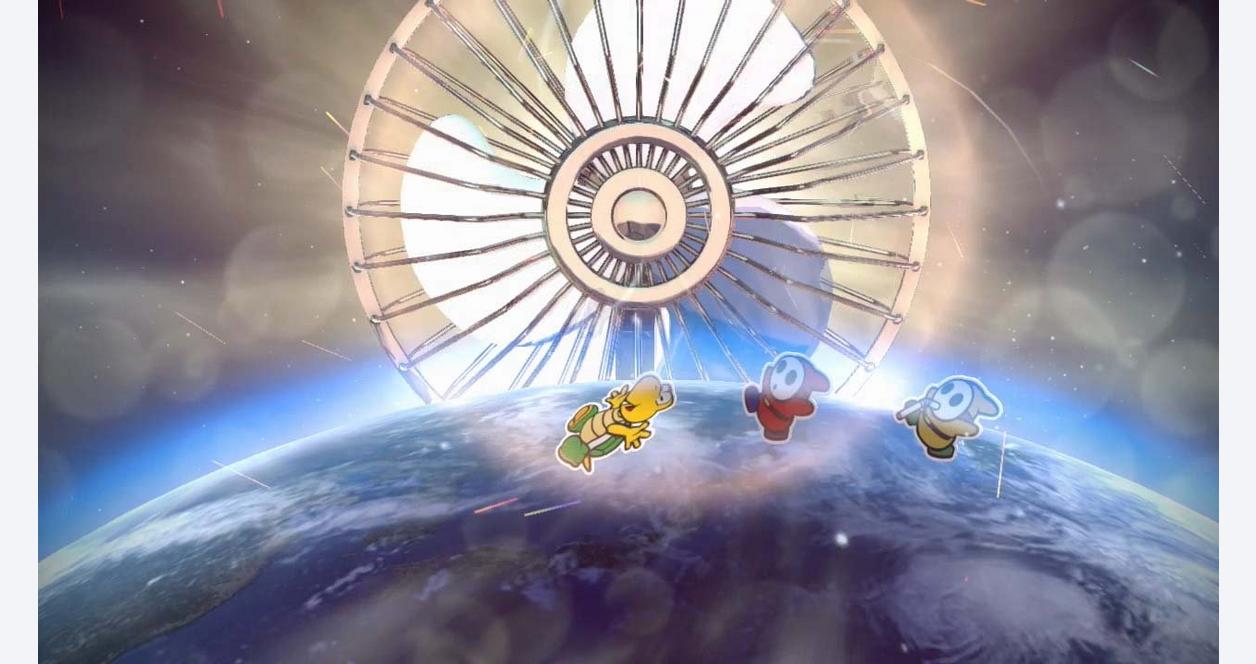 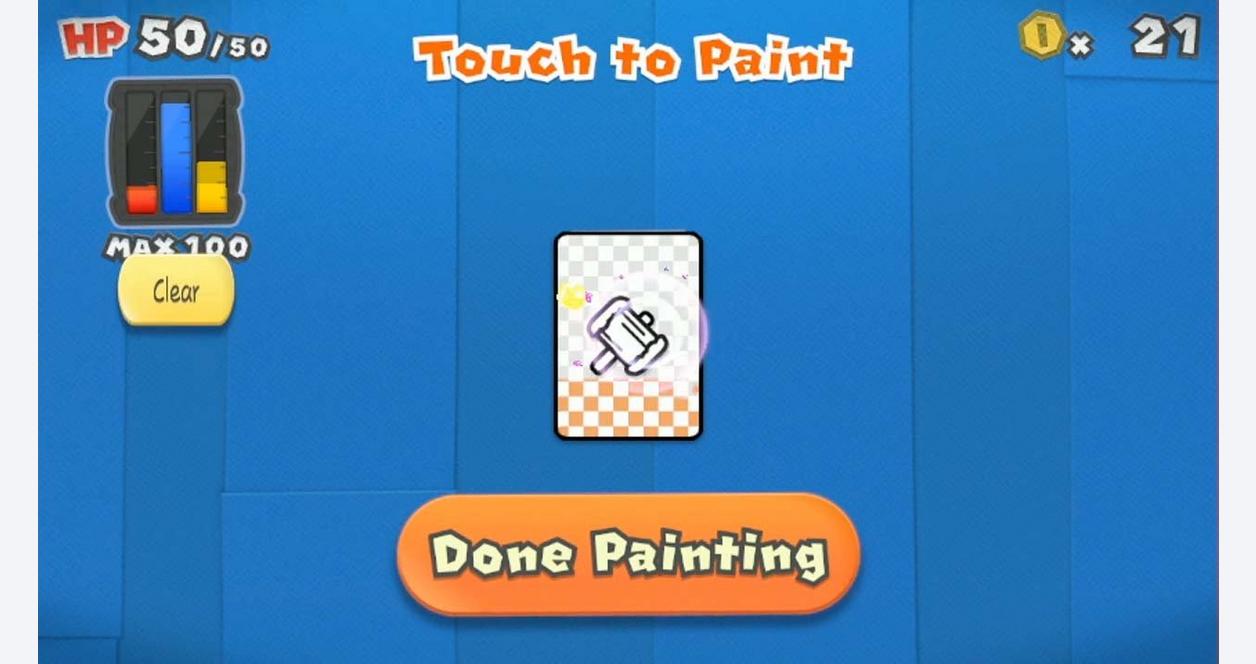 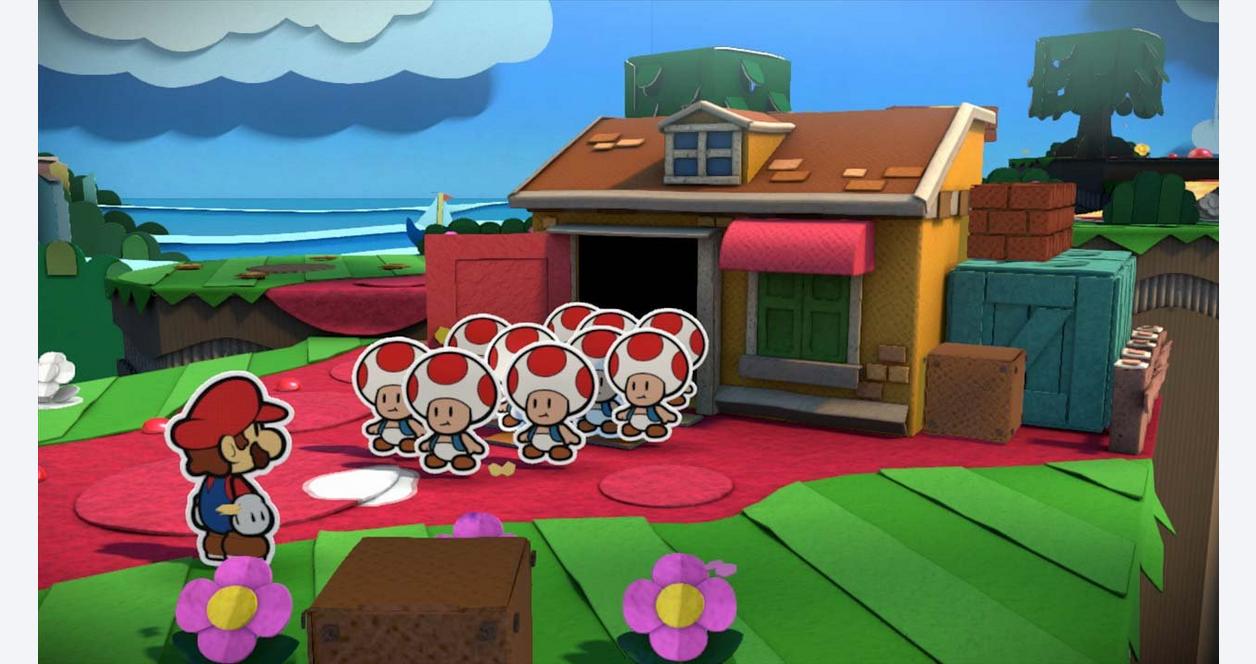 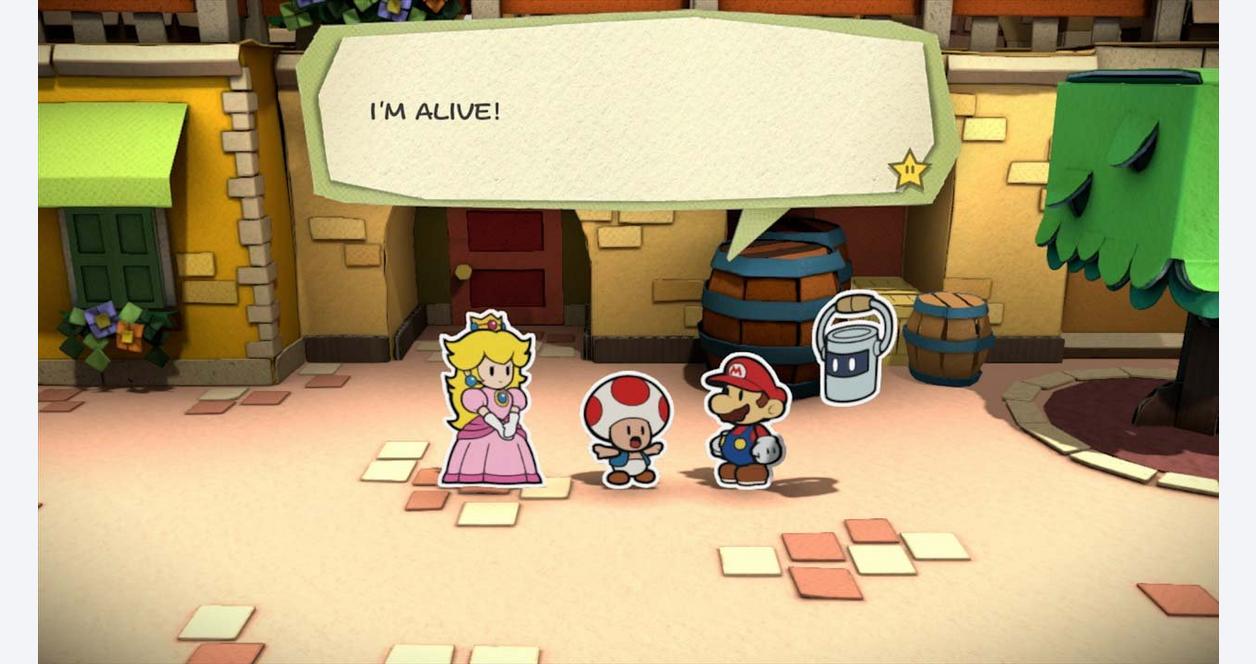 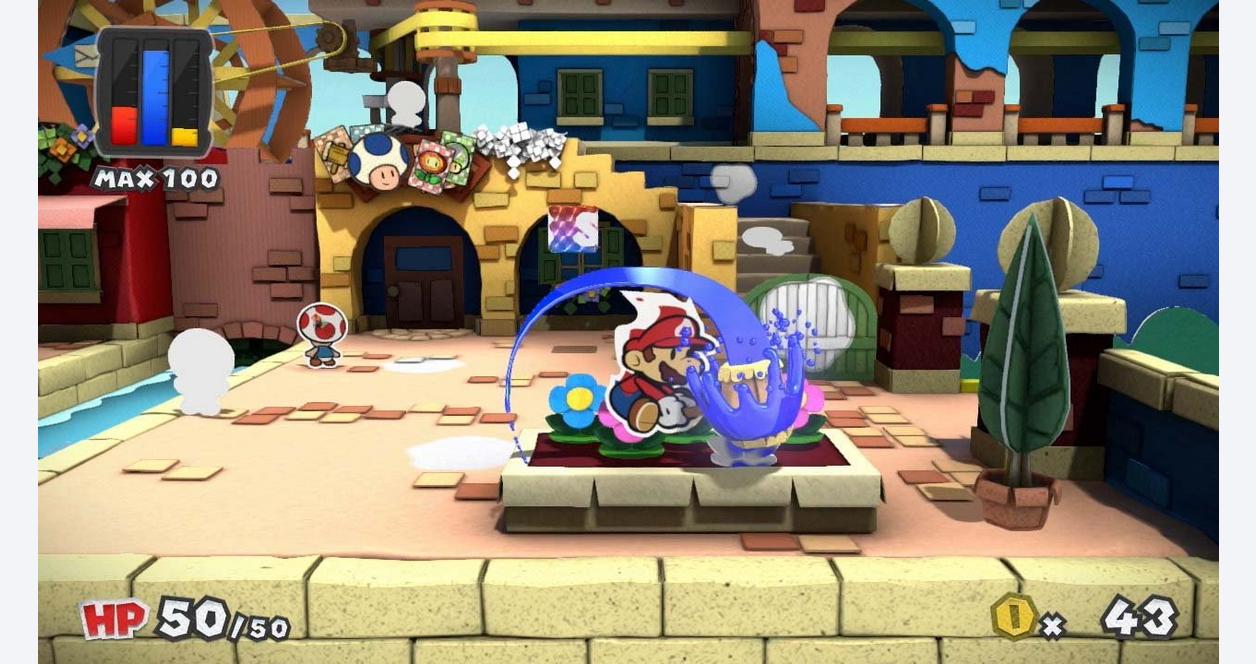 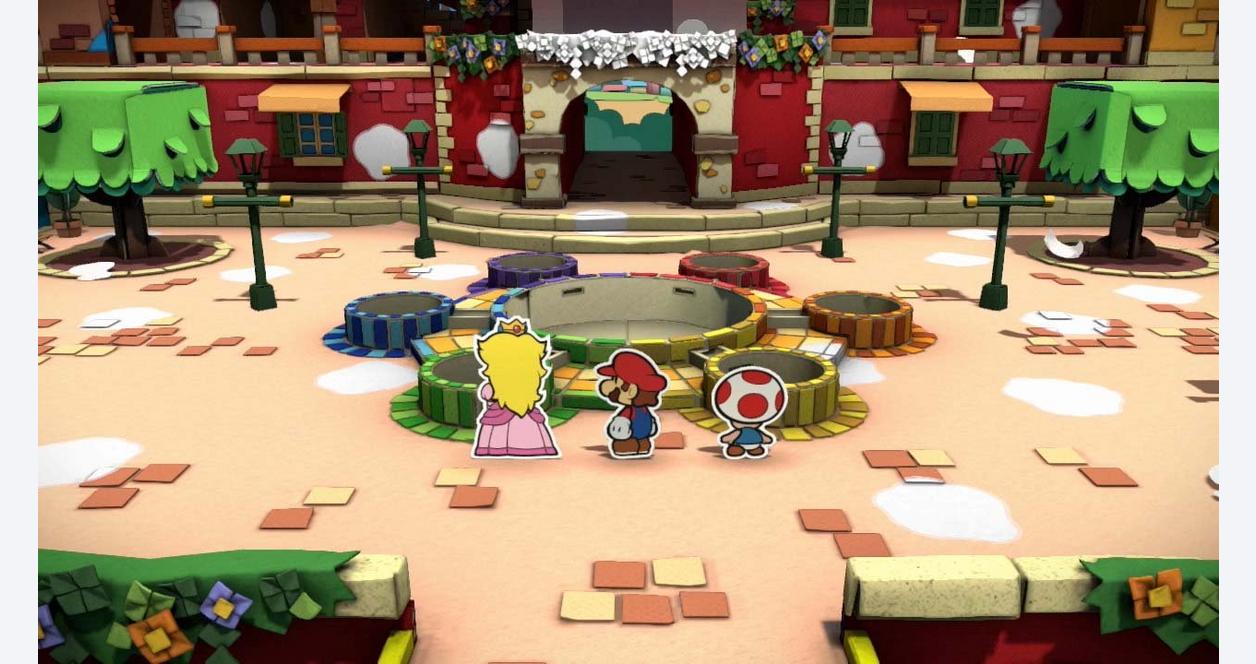 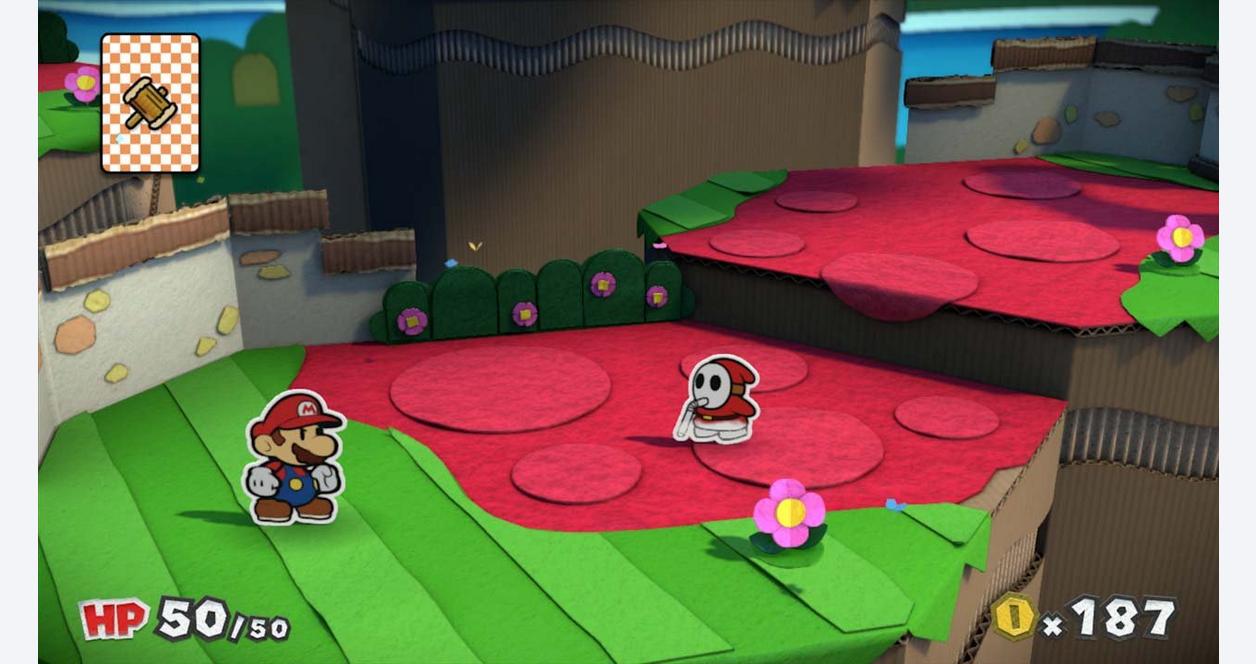 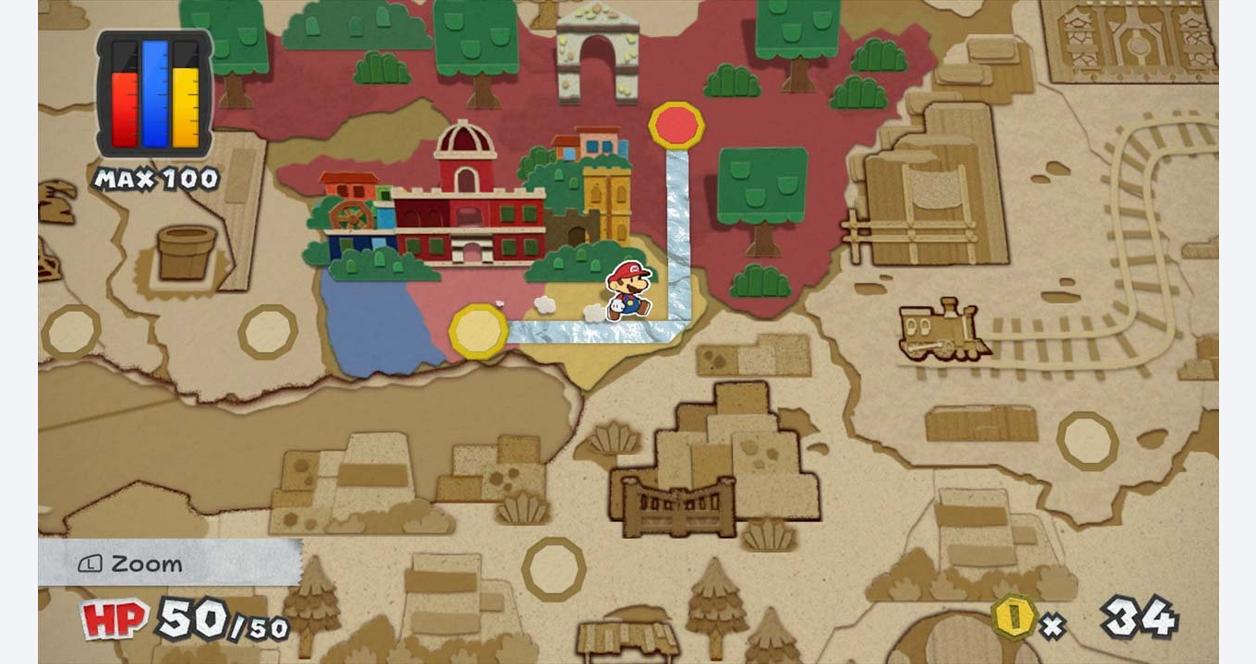 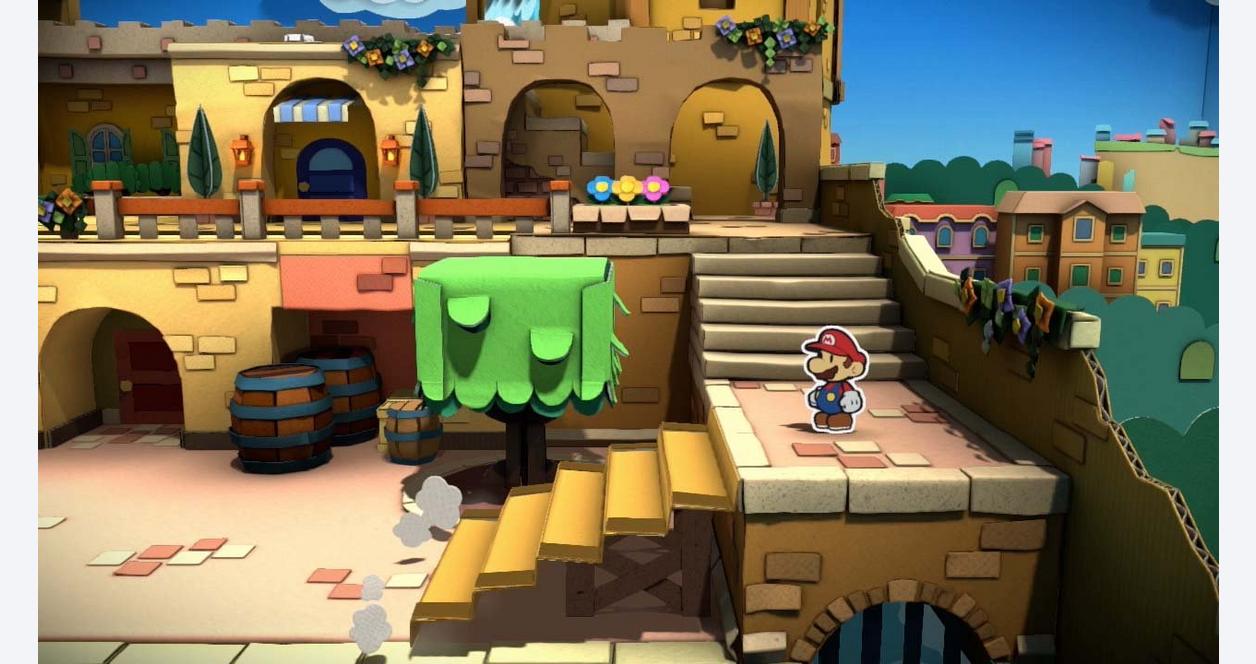 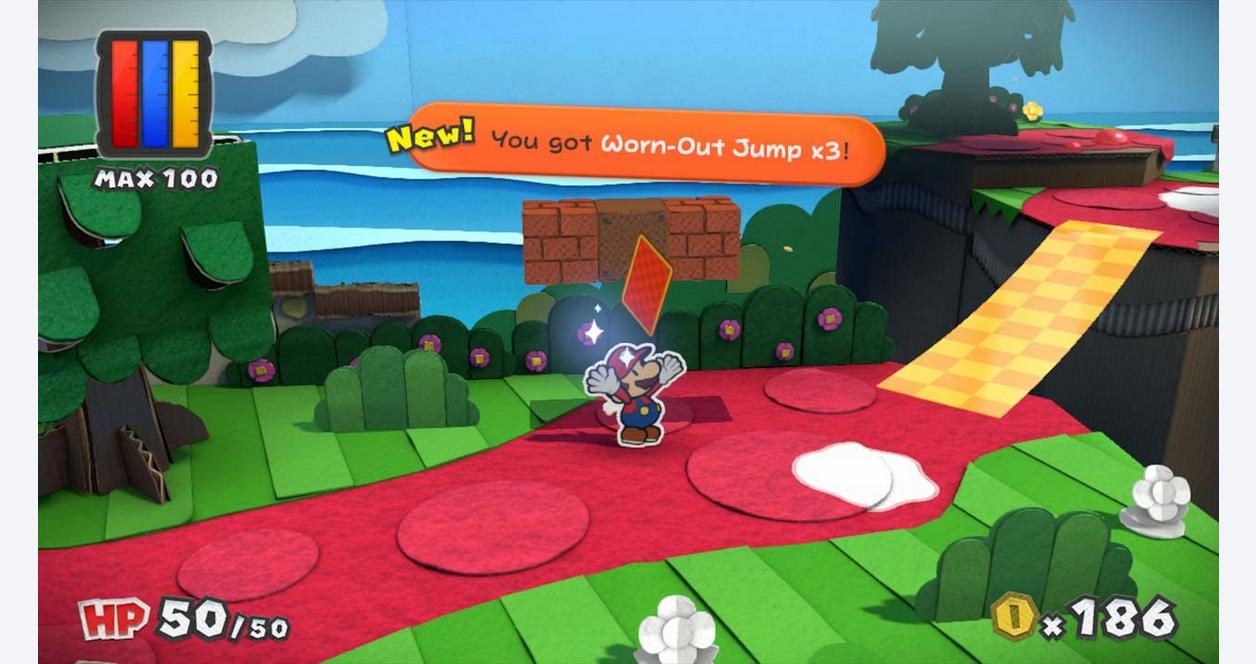 Coloring Inside The Lines

Paper Mario is back on consoles, but this entry follows in the footsteps of its 3DS predecessor Sticker Star

Color Splash's papercraft world is a visual treat. Every inch of these environments looks as if they tumbled out of an art supply store

The soundtrack is loaded with sunny tunes and lighthearted sound effects. If you've ever played a Mario game before you can probably imagine what Color Splash sounds like

The battle system is easy to learn, but all of Mario's attacks are based on a limited supply of attack cards, which might turn off traditionalists

Charming characters and zany events fill the world, which is good because you traverse the same locales multiple times

Nintendo's Paper Mario and Mario & Luigi series are both rooted in the original Super Mario RPG. However, while the Mario & Luigi games have clung to traditional RPG mechanics like experience-based leveling and upgradable equipment, Paper Mario has strayed from that foundation. Color Splash is almost unrecognizable as an RPG, but it is still a delightfully humorous journey through the Mushroom Kingdom sure to appease series fans and newcomers.

Color Splash begins with Mario traveling to the exotic isle of Port Prisma, where he discovers that Bowser has mustered an army of Shy Guys with straws to suck the color out of this vibrant papercraft world. Mario partners with an anthropomorphic paint can who fills Mario's iconic mallet with paint, and our hero begins hammering the paint back into the world. Throw in a princess kidnapping and several collectible stars and you have a classic Mario story. More than anything, Color Splash is a testament to the skill to Nintendo's localization team, which has masterfully taken a series of bizarre situations and filled the game with clever, belly-laugh moments.

As Mario continues to explore Port Prisma's island and brings color back to the world, he discovers several reasons to use his hammer for less artistic means: smashing fools over the head. Those who played Paper Mario: Sticker Star will already be intimately familiar with Color Splash's combat system. However, Mario now collects cards instead of stickers, which allow him to jump on his enemies' heads, hammer foes into each other, or even summon friendly minions into battle.

Also check out the Test Chamber with 20 Mintues of GameplayHere

Paper Mario Color Splash is rated 4.5 out of 5 by 109.
Rated 2 out of 5 by Lunker from Can't play I can't play it because I don't have the right console.
Rated 5 out of 5 by Goldar73 from Paper Mario Color SPLASH...ooooh that color! Wonderful game. The turn based battles are even nice with the battle cards to choose from.
Rated 5 out of 5 by SpoiledPrincesa from Loveee It !!! Awesome game! Can't get enough. Absolutely Loveee it ❤❤❤
Rated 3 out of 5 by Joshua Wise from Better than Paper Mario Sticker Star I was excited to try out Paper Mario Sticker Star (the game before this one) but was left disappointed with that game. While that game had some neat ideas, the overall experience was straight up boring to play through. Battles were pointless and the world and characters felt almost lifeless. But when it came to this game, Paper Mario Color Splash, I felt like I had a better time. Battling enemies were worth fighting to upgrade your paint hammer to hold more paint. The characters felt more alive than previously and the game looks so amazing on the Wii U. Although, despite the improvements Color Splash does better over Sticker Star, it also brought over some of the same problems and new problems with the game's design. While battling enemies is more fun now with the EXP you get to upgrade your paint hammer, it does get to a point later in the game where you don't really need to upgrade your hammer any further to hold more paint. The cards (this version of stickers) are a bit annoying to use in battle; like putting more paint on them to make them more powerful (which is a neat idea, I won't lie but you'll be doing this a lot in the game because they disappear after use) and trying to search for them in your deck while in battle. The "Things" (which are special attacks you can use in battle and solve puzzles in the levels) are still situational that hurts the progress of the game. But to fair, the game does hint at which "Things" you must use to progress but it is something I wish the game didn't do to the player. There are some other problems as well, like how to battle a certain enemy in a certain way or some complicated puzzles that seem difficult to solve without a guide BUT I'll admit that I had a fun time, a great time with this game. I think the team who made this game are on the right track but barely missed the mark on (what could of been) a greater game. Definitely would recommend despite the issues.
Rated 5 out of 5 by richoz30 from Paper Mario at it's best Excellent Mario game. Fun adventure the whole way through.
Rated 5 out of 5 by MrsEzE from Fun, strategy play. Really cute and fun! The battle cards were weird at first, but I've gotten used to them. It has more strategy play than i expected, but i think it makes it more fun.
Rated 5 out of 5 by diverdudez06 from Great game. Unique graphics and gameplay. Excellent game for players of all ages. The graphics and gameplay are creative and a lot of fun. My 7 year old loves it and I enjoy watching him play.
Rated 5 out of 5 by N1567 from Awesome Nintendo was creative in design and thoughts. Some bits are challenging to find, which made exploring better.

Is this game made for Nintendo 2ds

Asked by: Tear1984
No.
Answered by: itssteve

How many players can pick up play? 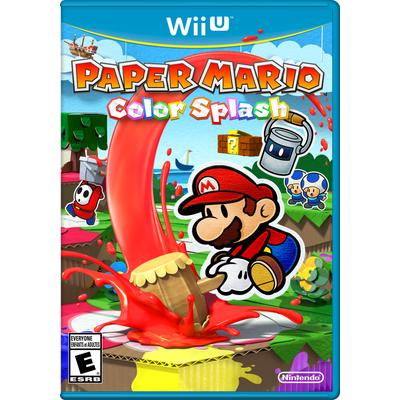