Get it this way:
Free pick up at store with delivery@door
at
Out of Stock at .
Check other stores
Everyday Free Shipping $35+
DELIVER TODAY NEXT DAY
($8.99 FEE PER ORDER)
Learn more
Deliver to
Verify Address Change
Please provide your address to verify you are within our delivery area.
Select Condition For Availability
Buy Together
King of Clubs is an innovative action-puzzle game, combining the challenge of the traditional ball-rolling puzzler with the classic tacky seaside pastime of mini-golf. As an evolution of the ball-rolling puzzle genre, each level has multiple solutions, and as further equipment is unlocked, new paths through each hole become viable. Building on the great tradition of sorry-looking mini-golf courses, the game is set in a dilapidated theme-park which takes decaying kitsch to new extremes.

The ‘Pro Shop' (if that isn't a contradiction) allows players to unlock new clubs (allowing for the ball to be propelled on swerving arcs, to be chipped over obstacles, or struck with greater extremes of power) and also new balls (each with its own physics-defying properties), plus free-shot tokens and cosmetic additions that allow players to customize their play. The cosmetic changes are superficial – the player may, for example, play with a ball that looks like an eyeball, leaves a red trail, and moos like a cow when hit! But the balls and clubs radically change the way that each level can be approached.

Multiplayer modes allow players to select from all equipment, without needing to first unlock this, so that players can chose a strategy - as well as level-by-level tactics - when playing together. A variety of multiplayer modes and optional handicaps, plus multi-player pick-ups, added to the number of levels and the radical effect of the equipment, give the game immense party-game potential.

In addition, each format has its own unique game mode. Also includes single and multi-player pickups, bonus holes to unlock and the chance to get a “Hole in None” on every hole….

King of Clubs is rated 2.0 out of 5 by 2.
Rated 1 out of 5 by MuiMui from This game is awful!!!!! This game totally stinks. We picked this up used. When we followed the directions to play the game, we had a hard time getting the players to mimic our moves. You cant even create characters. The graphics were out dated and lousy. After playing this more then once we decided to trade it back in and get something worth playing. DO NOT PURCHASE THIS GAME.
Rated 3 out of 5 by Poof E Hair from King of Clubs When I got a Wii for Christmas, three games were packaged inside - Wii Sports, Mario Super Sluggers, and this game. Out of the three, this is easily the worst, and I have one word to describe this game - "meh." Everything in the game is middle of the road. How are the graphics? They're OK by Wii standards. How is the gameplay? It's OK, as far as third-party games go. How did the controls feel? They felt OK, I mean nothing felt wrong. How was the game? It was just OK. Period. In general, I would only recommend this game if you see it in a bargain bin. In fact, if you do see it in a bargain bin, remember why it is there. It's because the game is certainly not bad, its just not worth more than *** either. You know, kind of like Wii Play. 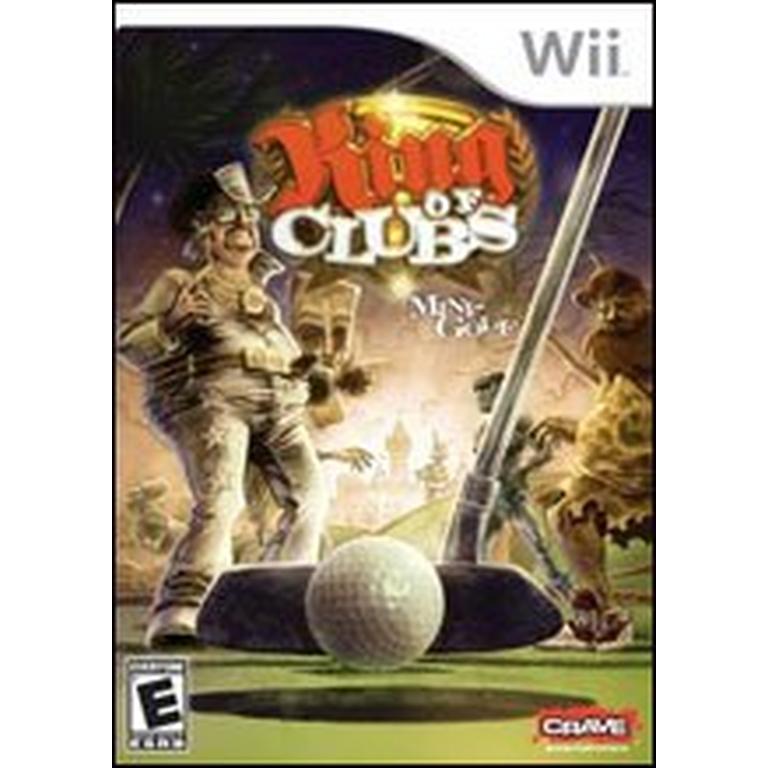