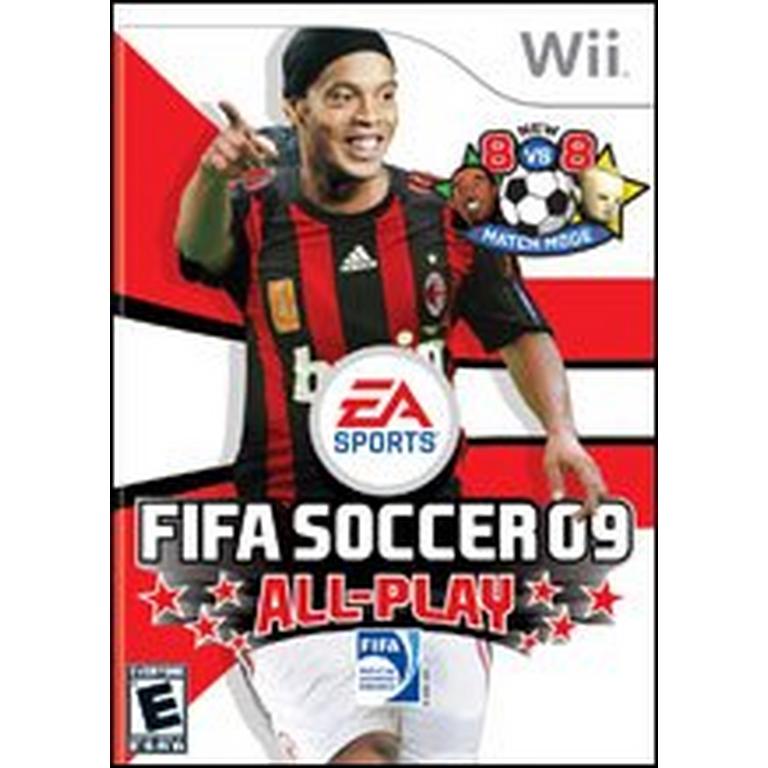 Step onto the pitch and play a unique soccer experience exclusively for the Wii™. Enjoy FIFA Soccer 09 All-Play one of two ways—a Wii-specific take on the classic ‘11 vs. 11' simulation or over-the-top arcade action with Wii versions of your favorite soccer superstars.
More Details Less Details

FIFA Soccer 09 All-Play is perfectly balanced for gamers of any ability to enjoy fun, soccer action. Choose to play the style that best suits your skills from advanced controls for experienced players to new EA SPORTS™ All-Play that enables novice players to focus on fun using simplified controls with AI assistance. EA SPORTS All-Play makes it easier and less intimidating for new players to play at their own level of ability. One gesture and one button press performs all the actions and increases your success rate on shots, free kicks and rebounds. Trouble deciding who to pass the ball to? Let the CPU point you in the right direction with on-screen pass indicators and one-button actions. Panic over picking the corner? Don't worry, just blast away to find the back of the net with instant shots on goal. It's that easy! Plus, the game provides feedback and stats to track your progress.

Experienced players using advanced controls can still access all the in-depth controls, now with refined gestures and a precision passing system with point-and-play control. Plus, you can even use a Classic controller or Nintendo GameCube™ controller for a more traditional FIFA Soccer game experience.

Play with your Mii™ alongside your heroes Ronaldinho, Wayne Rooney and other soccer stars created as customized characters in an arcade version of the beautiful game. Play 8 vs 8 Footii Match mode for addictive pick-up-and-play arcade action suitable for all levels of ability. Steal the ball and make outrageous shots by simply waving your Wii Remote™. You've never played soccer like this before! Plus, Footii Party Games called Table Football and Boot It have been overhauled for more great fun with family and friends.

Choose to play FIFA Soccer 09 All-Play the traditional way with all the depth and authenticity you expect from the EA SPORTS FIFA Soccer franchise. It's what soccer fans want. There are over 500 teams all accurately represented with correct kits and crests. Plus Manager Mode debuts with a Wii specific interface, club finances and sponsors, visual sims and dynamic board expectations that change depending on your successes … or failures.

FIFA Soccer 2009 is rated 4.0 out of 5 by 7.
Rated 5 out of 5 by J Laster from Absolutely great!! Great game for those who want to know how the game of soccer (football or futbol) works. Easy controls and a very simple game.
Rated 4 out of 5 by window from It is a good game... It is a good game but you cant create your own player and i had it since it came out and i still dont know how to cross the ball
Rated 5 out of 5 by cjwalker from about time this is the best soccer game on the wii if you want a soccer game for wii get this one
Rated 4 out of 5 by WiiStars from Great sports games. This is a great sports game.Its made for the young and older.Easy controls and the mii characters for the young and harder controls and the real people for the older.Its addicting because I keep coming back to try to score 20 goals.This is a great game and that is why I give it a 8 of 10.
Rated 4 out of 5 by dameronjamesrodrigue from Great Game This game is great if ur looking 4 a soccer good soccer game this is the 1. Im not really guna say any cons cause i cant think of rele any right now i might tho. These are some of the pros. First of all there is a great camera view it is a high view tht lets u see most of the field tht u need to see and even more than u need to. Another 1 is when u are on the first level of the game and u love winning this is the level for ya but if u like a good challenge u might want to go up a level where tht is a complete change in game it is rele more competitve another thing i like is tht when u pass to some1 it shows an arrow where u are going to pass it. I know tht doesnt seem like much but when u r playing it rele does. Haha and another thing i found is tht when u score a goal u can actually shake ur wii remote and it makes a blare horn sound i know tht seems kinda dumb but its just a fun thing tht fifa added i thot it was quite neet. But anyway if u r a little iffy about buying this game i think it is the right idea to go get and plus its all-play so it gives u more things this is a great game. 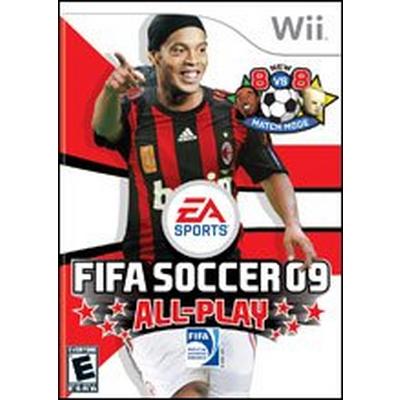