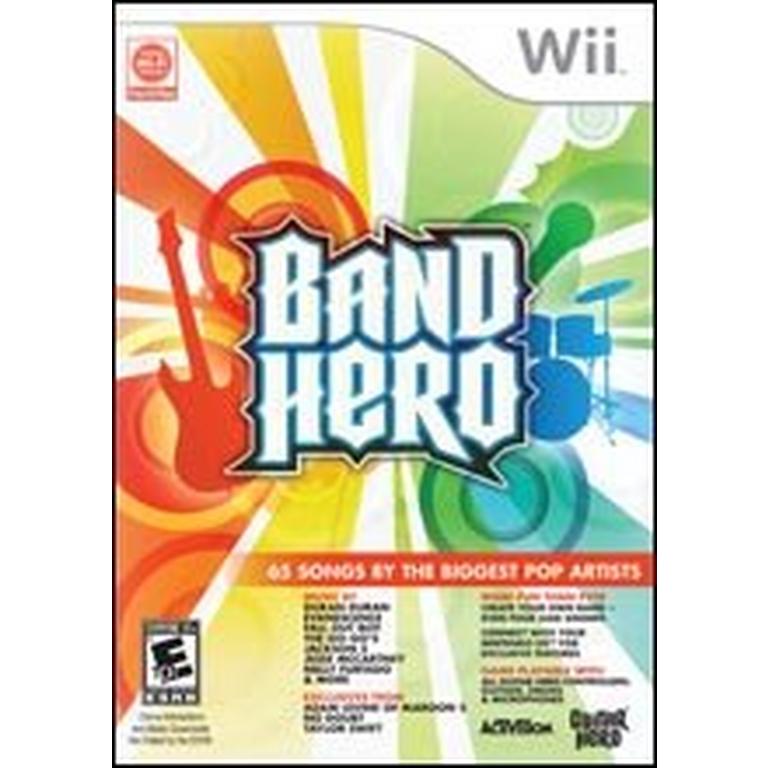 With Band Hero, you can come together with family and friends to ascend the virtual stage and rise to fame. Brought to you by the makers of Guitar Hero, one of the biggest entertainment franchises of all time, Band Hero brings you a new genre of music focused on today's hottest hits and classic anthems that everyone will know. So grab your friends and take the stage with any combination of guitars, bass, microphones and drums, the road to stardom begins here. Band Hero supports all Guitar Hero instrument controllers, as well as other music/rhythm game controllers.
More Details Less Details

Brought to you by the makers of Guitar Hero®, one of the best-selling video game franchises of all time, Band Hero features the hottest chart-topping hits from everyone's favorite acts including Taylor Swift, No Doubt, Lily Allen, The All-American Rejects and Jackson 5. Headlined by some of the biggest names in music as in-game artists and playable characters, Band Hero is the ultimate party game where players of all ages will be able to experience the signature, easy-to-learn but difficult-to-master Guitar Hero gameplay. Band Hero allows fans to create the band they always dreamed of using any combination of guitar or drum controllers and vocals, providing rockers and performers of all ages the chance to experience and interact with their favorite music.

Music sensation Taylor Swift joins forces with Band Hero™ for the ultimate family music gaming experience Taylor Swift, global music sensation and best selling artist of 2008, will ascend an all-new virtual stage this November in Band Hero™. Budding music stars, their families and friends, will all live their musical fantasy on the Band Hero stage, playing as Taylor Swift or alongside the singer/songwriter and guitarist, as she performs her smash-hits “Love Story” and “You Belong With Me” from her latest album Fearless as well as “Picture to Burn” from her self-titled debut record.

“Anything that encourages people to pick up an instrument and play, I'm fully behind. And, I'm really excited about Band Hero, because not only are fans getting to play my songs, but I'm actually in the game,” said Swift. “There are so many awesome things that go into being in Band Hero, like getting to customize my band to look like my touring band, and it's so cool for people to feel like they are experiencing one of my concerts. This is one of the closest things out there to going to see me perform!” 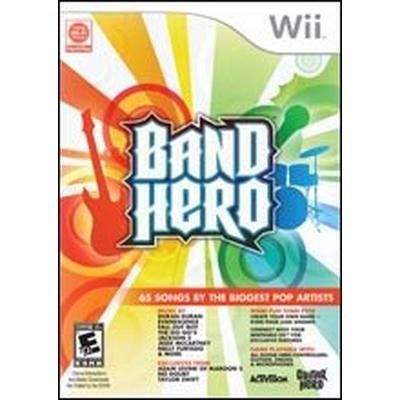