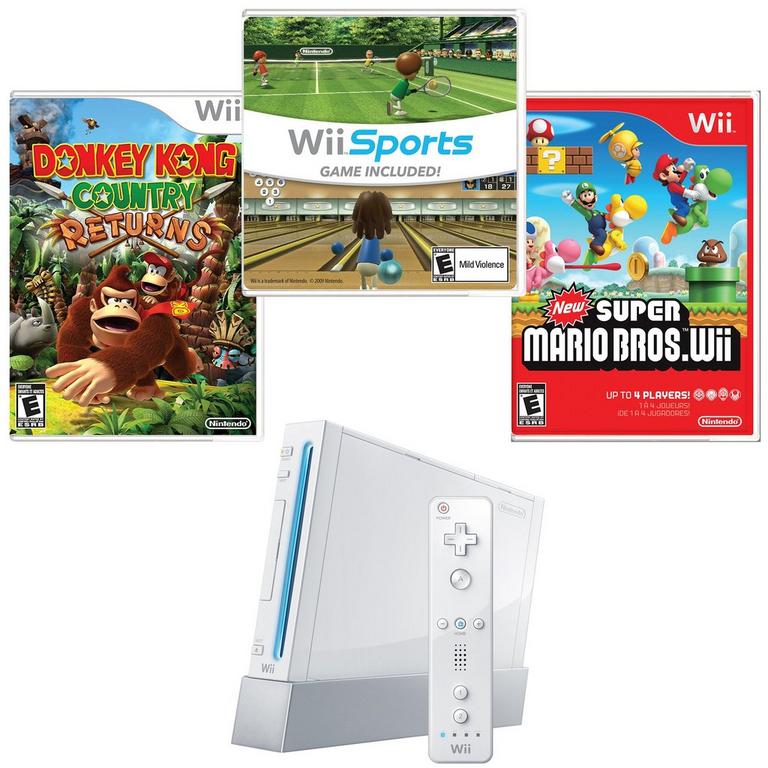 The Wii Critics Choice Blast from the Past System Bundle includes: 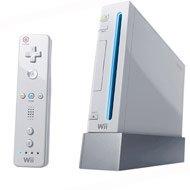 Featuring a remarkable wireless controller and experience, the Nintendo Wii console invites players into game worlds and activities like never before. Whether they're young or old, expert gamers or beginners, Wii players will express themselves with intuitive motion control using the Wii Remote: a flick of the wrist to to swing a baseball bat or tennis racket, a backswing and follow-through to send a golf ball flying over a pristine fairway. Wii also taps into Nintendo's unrivaled legacy of great games with the Virtual Console. Connecting via wireless broadband to Nintendo Wi-Fi Connection, Wii owners will be able to spend Virtual Console points to download selected classic games from NES, Super NES and N64 video game consoles. And through Wii Connect24, owners will be able to access even more content. Four-player compatibility as well as the ability to compete with other Wii players over broadband internet means that Wii offers a true social experience. Pre-Owned Wii System Contains: 1 - Wii System. 1 - Wii Remote 1 - AC cable 1 - Standard AV cable 1 - Nunchuk and Sensor Bar * This pre-owned product is guaranteed to work and may not include an instruction manual, original box, or wrist strap. 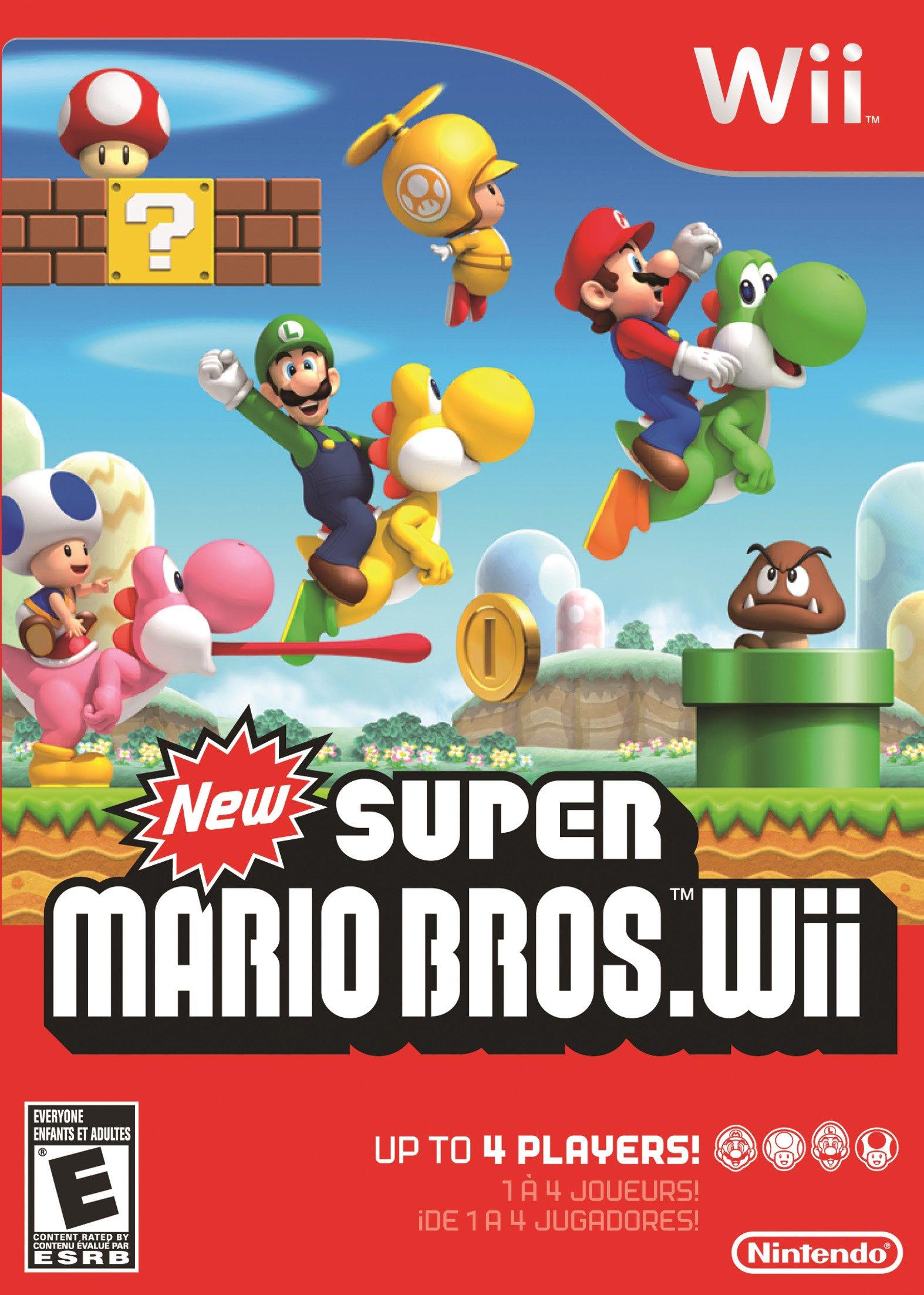 Developers at Nintendo have dreamed of creating a simultaneous multiplayer Super Mario Bros. game for decades. The Wii console finally makes that dream come true for everyone this holiday season. Now players can navigate the side-scrolling worlds alone as before or invite up to three others to join them at the same time on the same level at any point in the game for competitive and cooperative multiplayer fun. With the multiplayer mode, the newest installment of the most popular video game franchise is designed to bring yet another type of family entertainment into living rooms and engage groups of friends in fast-paced Super Mario Bros. fun. New Super Mario Bros. Wii offers a combination of cooperation and competition. Players can pick each other up to save them from danger or toss them into it. Mario, Luigi and two Toads are all playable characters, while many others from the Mushroom Kingdom make appearances throughout the game. Players can even ride different Yoshi characters and use their tongues to swallow enemies - or their fellow players. In some areas, players use the motion abilities of the Wii Remote controller. The first player to reach a seesaw might make it tilt to help his or her character reach a higher platform - and then tilt it incorrectly just to mess with other players. New items include the propeller suit, which will shoot players high into the sky with just a shake of the Wii Remote and Mario's new ability to transform into Penguin Mario. At the end of each stage during the simultaneous multiplayer mode, players are ranked based on their score, the coins collected and the number of enemies defeated. 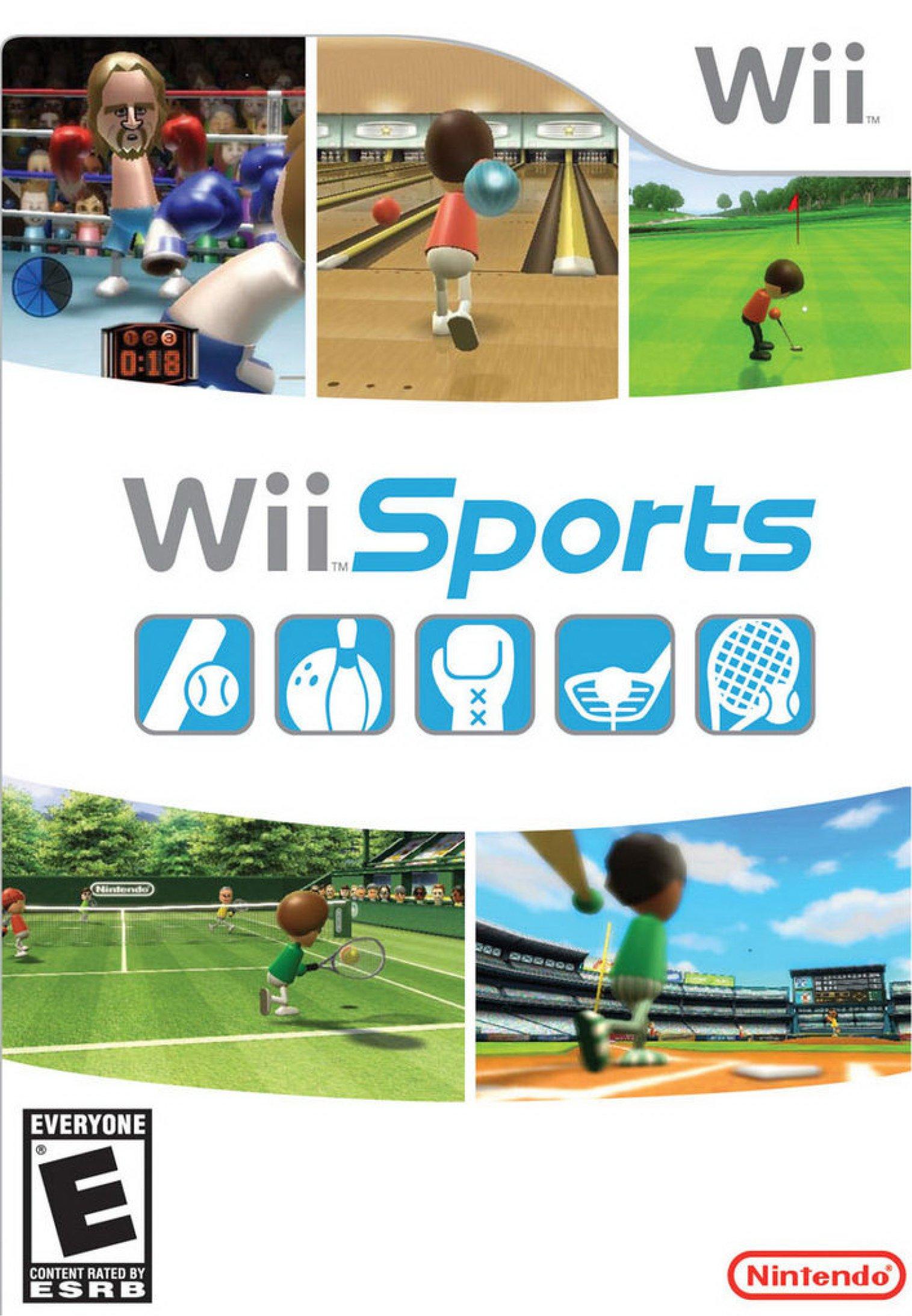 Wii Sports offers five distinct sports experiences, each using the Wii Remote to provide a natural, intuitive and realistic feel. Players can use their own Mii caricatures in the game and play them against their friends' Miis for a more personalized experience. As players improve, their Miis' skill levels will increase, so that they can see exactly how much better they've become. 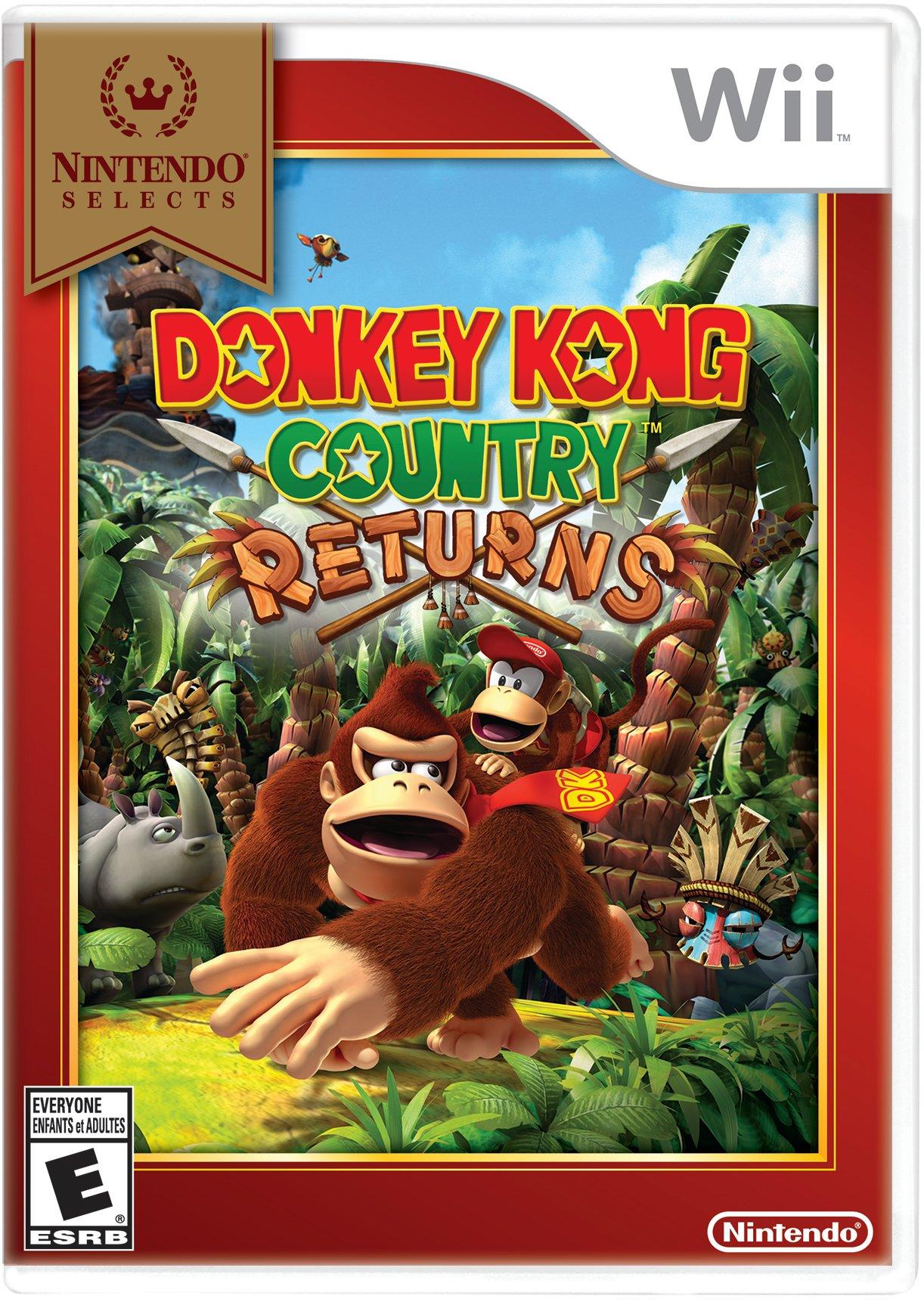 We don't know anything about evolution, but we do know we've watched Donkey Kong evolve from a two-dimensional, 8-bit jumble of squares to a three-dimensional powerhouse. Whether you remember him from the old days or you're just discovering him, you can't help but love the big galoot. Donkey Kong Country Returns gives you the best of both jungles because it combines the side-scrolling fun of the original NES version with three-dimensional graphics and Wii motion control. An evil group of mind-controlling Tikis have forced the animals on Donkey Kong Island to steal Donkey Kong's Banana Hoard, and you'll need to help him get his bananas back. 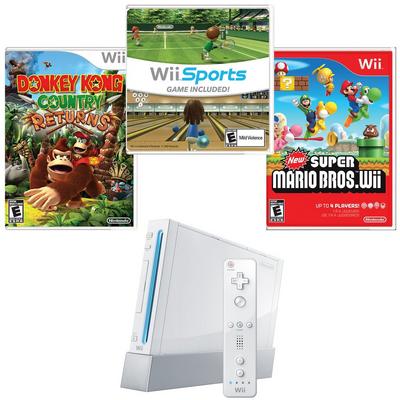