Mild Suggestive Themes
Need for Speed Pro Street is rated 2.8 out of 5 by 5.

Get it this way:
Free pick up at store with delivery@door
at
No availability within 15 miles. .
Change Store
Free Standard Shipping $35+
DELIVER TODAY
(FREE on orders > $75!)
Learn more
Deliver to
Verify Address Change
Please provide your address to verify you are within our delivery area.
Select Condition For Availability
Buy Together
Need for Speed ProStreet boasts impeccable precision and impressively detailed photo-realistic graphics, effectively transporting you to the center of the action. It pushes the Autosculpt technology to a new level, allowing you to directly impact your car's performance for the first time as well as personalize its appearance. Need for Speed ProStreet is a true taste of raw adrenaline and racing with consequences. Every dent, every scratch and every crumpled body panel is a battle scar, proof of your commitment and competitive mettle. With an aggressive and skilled AI system, you become immersed in an unmatched believable race experience. Add in a revolutionary online mode that will redefine the meaning of competitive social play, and Need for Speed ProStreet is the ultimate formula for an emotionally charged street racing showdown.
QUESTION
How do I use the Subaru Impreza STi Promotional Code?

Answer
Here are the steps to use your promotional code:

1. In the Career Menu you will see the Code Entry option.
Note: You must be logged in online to enter your code.
2. After clicking this option you are asked if you want to enter a Promo Code or Cheat Code.
3. Choose Promo Code.
Note: Enter the code in lowercase without hyphens (-).
4. Once the Subaru Impreza code is verified, the cost to purchase this car will be $0.

Note: The promotion is only available after entering your code during your current game session. Once you turn off the game and restart the price of the car will revert back to the normal cost. Use of the Subaru Impreza Promo Code is recorded on your online account. You will not be able to use a different Subaru Impreza Promo Code on an account which has registered for this promotion.

We sat down with EA Games Sr. Producer, Michael Mann for an exclusive chat about the upcoming addition to the Need for Speed series, Need for Speed ProStreet.

The game appears to be moving away from being an arcade style racer to more of a simulation (i.e. the addition of real world tracks, more advanced tuning options). Was this an intentional move or more of an evolution?

The street racing culture has been evolving for years and we really wanted the game to evolve with the culture. It wasn't our goal to create a simulation or an arcade game. What we wanted to do was better capture the culture of street racing and portray that in a more believable way, so that the gamer gets a sense of the raw violent power of the car.

The Need for Speed series has been know for its arcade style and accessibility. With the increased emphasis on realism, do you run the risk of losing some of the game's appeal to more casual gamers?

No, I don't think so. What we are doing, is making the game more accessible to a wider audience. We are really just giving the gamer more options. Some players may want to turn off some of the driving aides while others might enjoy driving more with the aides turned on. Customization plays a large role in the game, but there also is the option to drive a car “as is” without making any changes to the car, or to tune your car using preloaded “ProStreet Packages.”

We've heard about damage effects being included in the game, to the point where you can even repair your car with duct tape. How realistic will the damage effects be? Will a crash change the physics and handling of the car? If you run into a wall going 200mph will the car explode into a million pieces or will just the bumper fall off?

Once again, what we are striving for is believability.

Need for Speed ProStreet boasts an impressive and unique car list that spans over 40 years of the automotive spectrum. Today, EA unveils the first set of vehicles to be featured in the game with the Nissan GT-R PROTO leading the pack. This will mark the first time that the Nissan GT-R PROTO, which was unveiled at the 2005 Tokyo Motor Show, is available in a full packaged video game.


Need for Speed ProStreet is about building the ultimate performance-tuned battle machine, taking it to multi-disciplinary showdowns all over the world and pitting your skills and reputation against the very best street racers.

Need for Speed Pro Street is rated 2.8 out of 5 by 5.
Rated 2 out of 5 by alfaracing from eaaaaa not so good :( i was really excited when i saw the game but when i got the game the graphics really did suck man and the cars were really cheap and also the part were you have to do hydraulics its hard!bad game don't buy it i don't recommend you this product
Rated 4 out of 5 by ChargerFan17 from Good Game Need For Speed is a prety good game. The damage is very realistic. There is a very wide selection of cars. The races are really fun and the way they build you up in the ranks is clever and fun. All around this is a very very good game. So... This game is worth buying.
Rated 4 out of 5 by Castillo18 from GREAT! Best NFS on the DS ever. There is almost nothing bad about this game, A must get for everyone.
Rated 1 out of 5 by Mad Gamer from This Game Isnt As Good As It Sounds!!!! When I saw the reviews for this game it looked AWESOME!!! So I decided to buy it but little did I know that this product sucks. I love racing games but when I played this game I was disappointed because the graphics aren't as great as they show in the review and its so blocky even the first game of this was better! And the music isn't that great it sounds vage! I just hate this game so much and if somebody warned me I would have believed them! I never really write bad reviews until the game is really lame and boring since I am a game lover! I am warning people out there; don't waste your money and time on this stupid game! It's not worth it!! Just save your money for GUTIAR HERO ON TOUR or Mario Bros.! This game sucks! Its boring and you repeat the same courses over and over again!! 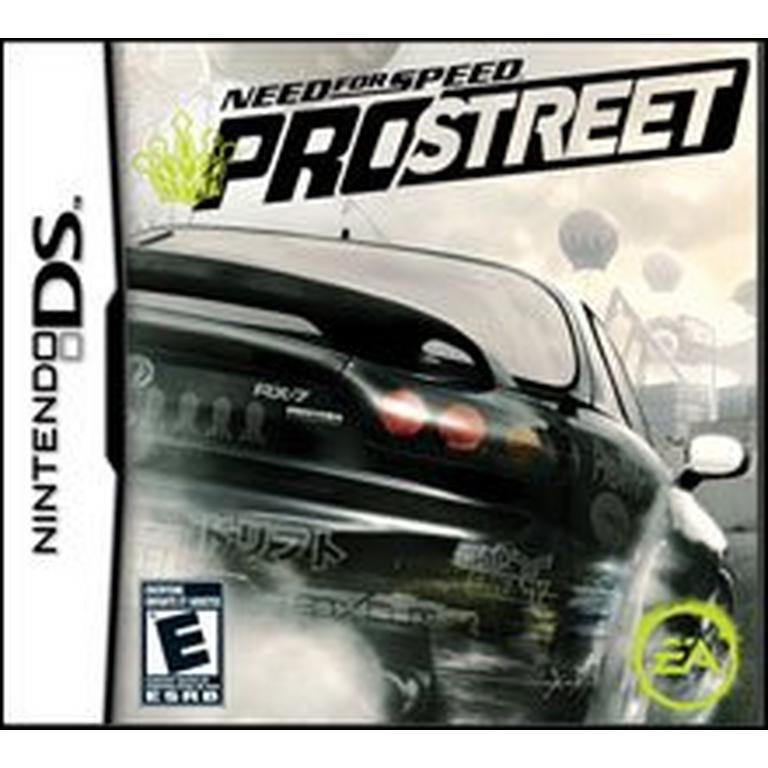