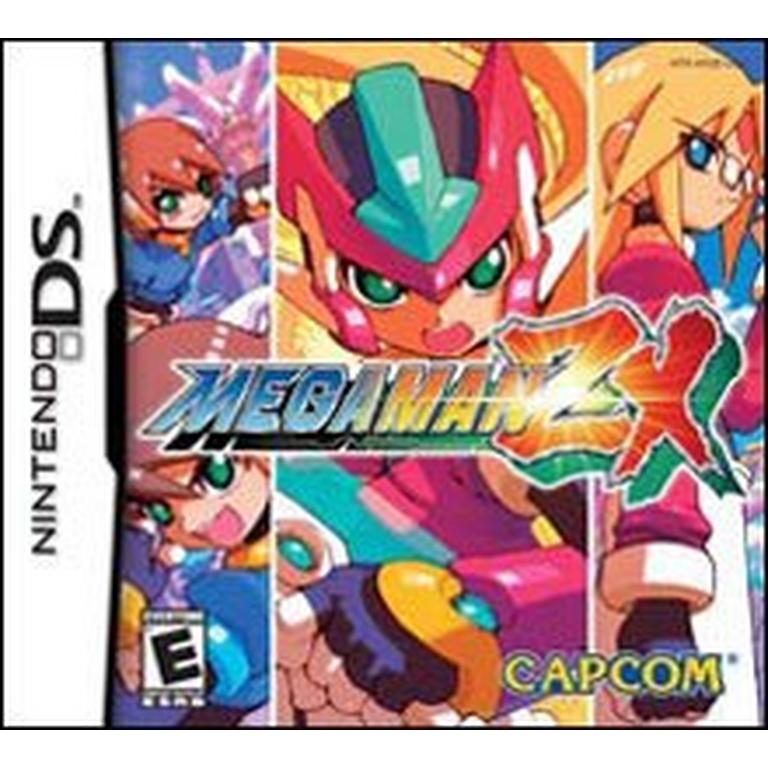 In Mega Man ZX, hundreds of years have passed since the battles between humans and Reploids (robots). After fierce wars between the two sides, peace was finally restored and the two groups were able to establish various cooperative nations within the “Inner” area of the universe. However, danger zones remained in the undeveloped “Outer” section where independently evolved robots called “Mavericks” began wreaking havoc. A group called the Serpent Company scours the Outer universe to provide energy created from otherwise unattainable items to the Inner population and also serves to protect these peaceful nations from Maverick attacks over the years. On an excursion to the Outer region, they discover relics of ancient technologies in the ruins. These relics, called Biometals, are living, conscious materials, with records of information and weapon data from history housed within.

Players assume the role of either a human male character named Vent or his female counterpart, Aile, who are employees of the Girouette Express, a courier service that takes jobs transporting anything to anywhere. On a job accompanying their boss, Girouette, to transport a package containing Model X and Model Z Biometals, they are attacked by a mysterious group of Mavericks who seeks to take the material for themselves. During the scuffle, the Model X Biometal is absorbed into the main character, causing a transformation into Model X form while the Model Z Biometal fuses with Girouette. Facing innumerable enemies, Girouette lends his newfound power to his employee and the two substances combine to form Model ZX. With powerful abilities at their disposal, they must discover who the menacing enemies are and what they are ultimately after.

In Mega Man ZX, players traverse an open map structure as they face various foes in order to acquire Biometals. The crystallized Biometal data collects at the weak points of bosses, so only by defeating them will players acquire the necessary substances to transform into different Models. The specific powers of each type will help access previously inaccessible areas and progress through the game. Each Model type offers distinct abilities including the ability to break walls, burn enemies with fire, dash through water and more.
* Two playable characters – play as either a male character named Vent, or as a female named Aile

* Each character has their own specific cut scenes

* Biometal is the key – in order to gain the best transformation possible, strategically attack bosses without damaging its Biometals, otherwise its effects may become downgraded and must be repaired to regain its full potential

* In human form, speak with townspeople and perform basic movements like walking and jumping

Mega Man ZX is rated 3.9 out of 5 by 12.
Rated 5 out of 5 by VelytDThoorgaan from Childhood Favorite One of the best megaman games since the zero series
Rated 5 out of 5 by Qman31 from Love the game The controls feel like u are playing a Megaman X game. The character designs are awesome and the music is great. The animated cutscenes look great as well.
Rated 4 out of 5 by Paddywhack from Fun game Typical difficultly level of any mega man game. It does get a bit tiresome having to back track and find what route to go but once you do find the right way to go it's quite fine.
Rated 3 out of 5 by megamanxlover from Meh Pros and Cons Cons: It was extremely frustrating on normal. There were items that you got that were almost completely useless. Forms were good in very specific circumstances (almost Never) Pros : Nice gamelpay. cool anime cutscenes. nice creative bosses . pleasing story . Not to many great things to say about it so if your not a megaman freak like me than i Do NOT RECOMEND IT \ if you are a diehard megaman fan than it your choice
Rated 5 out of 5 by Mctron from Check the ign review to see it's true rating. I am just bumping up the score so that potential buyers aren't turned off from this epic game. Check out other proffesional reviews to be sure. I love this game full anime cut scenes sadly lacking english voice over but they have subtitles so I guess it's all good. A must have for any ds collection. This is to counter act the double post bad reviews byZerothex1st not a true megaman fan clearly.
Rated 4 out of 5 by Mctron from Not a kids game This some old school platforming action. This has some rpg and exploration elements. This is like megaman zero. The game is great and a must have on any ds. I am writing this second review to conter act the double posted poor review. The game is great and a must have for any true fan of megaman.
Rated 4 out of 5 by Mctron from Megaman is back. This is megaman zero and X crossed over for the first time. It is hard and has all the features of megaman X all the exploring all the missions all the openess. This is not a kid games as the other reviewer ignorantly notes. This is a full blown action rpg. Like a link to the past or metriod. It is awesome featuring a combination of things from both the zero and the X series. If your a megaman fan it is a must buy. Expect a game similar to the games in the X library. The story is fantastic with fully animated cut scenes. This is the best orginal megaman game of the era, If ytou are looking for platforming and action madness or just looking for a great game with some longevity look no farther than megaman ZX.
Rated 3 out of 5 by ZeroXThe1st from It alright from kid gamers all i got to tell you is if you liked mega man advent get it ! 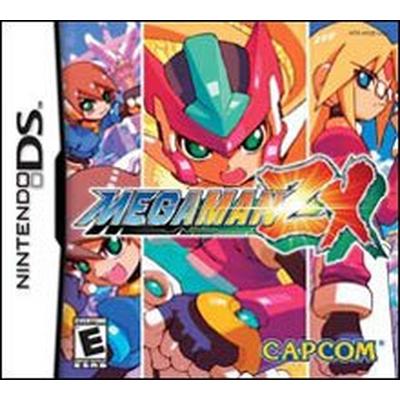