Mild Violence
Hardy Boys Treasure on the Tracks is rated 4.0 out of 5 by 4.

Mild Violence
Hardy Boys Treasure on the Tracks is rated 4.0 out of 5 by 4.
Ride the Rails to Royalty and Treasure in Russia! You, as the Hardy Boys, are invited onboa Read More
Please Choose An Option

Get it this way:
Free pick up at store with delivery@door
at
Out of Stock at .
Check other stores
Everyday Free Shipping $35+
DELIVER TODAY NEXT DAY
($8.99 FEE PER ORDER)
Learn more
Deliver to
Verify Address Change
Please provide your address to verify you are within our delivery area.
Select Condition For Availability
Buy Together
Ride the Rails to Royalty and Treasure in Russia! You, as the Hardy Boys, are invited onboard the Royal Express traveling from Paris to St Petersburg to follow the mysterious trail of the Romanov Family treasure. Take a ride on the Royal Express to track down the lost clues of the Royal family in the great cities of Europe!

THE HARDY BOYS - Famed amateur detectives, the team consists of Frank and Joe Hardy. Joe is easily excitable and more spontaneous while Frank prefers to calculate a method of solving the mystery and relies mostly on logic. Together they need to discover what others before them have failed to find.

SAMANTHA QUICK - A mysterious ally. She's secretive and shadowy and shows up when she's least expected. A modern day Robin Hood to some and a dangerous criminal to others. When she's around, expect adventure.

BARON VON EKARTSBURG - Although German, the Baron has long claimed to be blood-related to the Romanovs, and wants to stake his claim to the fortune by finding it. He believes he will find the treasure by performing 'magic.' But is he using these tricks to distract others from the truth?

CAROL STEPHENSON-HUGHES - An authority on the Romanov Family, Carol was invited to try to focus on the historical aspects of the mystery. To her, the answers lie in analyzing the historical facts. Is this historian telling the truth, or does she have something darker in her past?

ALEXEY KONSTANTINOV - A brilliant and intense Art Scholar, Alexey is onboard to provide the 'final word' on the paintings, decipher them once and for all, and of course develop his rapidly growing fan base! Does he just want fame or is he really trying to help find lost history?

ISABELLE DUPONT - Isabelle feels that her destiny is linked to the Romanov Family. Of course, no-one believes her... Working as a waitress on the Royal Express she must prove that she was meant for a different life. Is she really a descendant, or will she do anything to make others believe her story?

Hardy Boys Treasure on the Tracks is rated 4.0 out of 5 by 4.
Rated 4 out of 5 by WiiGameGuy from Fun mystery game from what I could play I would like to start off by typing that my game crashed after 2 hours of playing so I can only offer a review on what I did play (and since there is only 1 other review, I figured I'd give my honest opinion). From what I did play .. I'd say the fun part of this game for me was the mystery solving obviously, scouring the screen searching for items to use at other locations, then watching the peices to the puzzle fit together...its kind of like a point and click adventure. The characters you interact with are kind of generic but they had a personality which made it interesting to me. I really enjoyed the music for what I did play. If you like the Hardy Boys books, then you'll probably find enjoyment out of this game, and its so cheap now. I hope my input has helped, wish I could say more about it.
Rated 2 out of 5 by Frohead from Not A Good Game This game isn't very good. It's storyline isn't good at all. 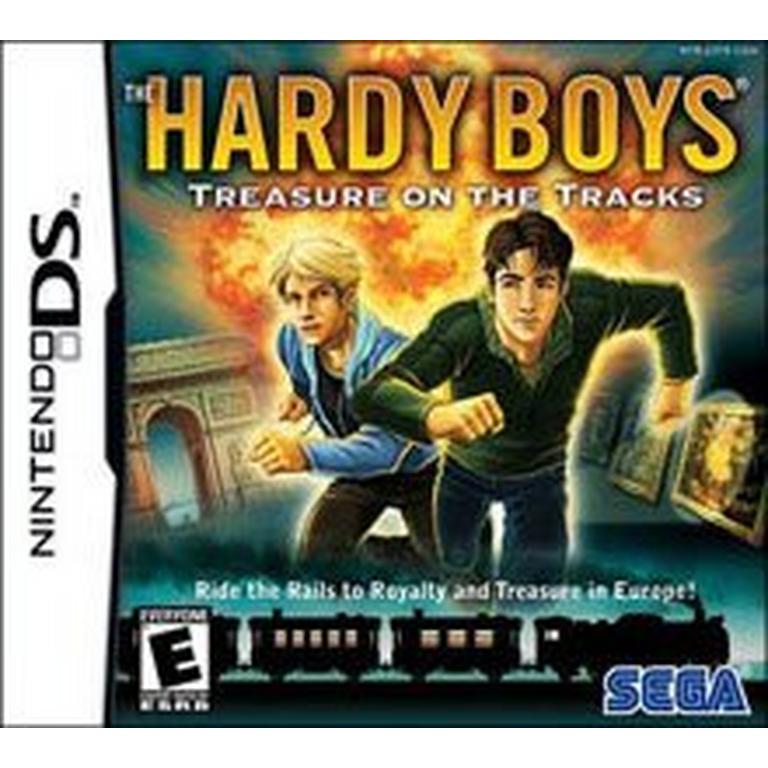