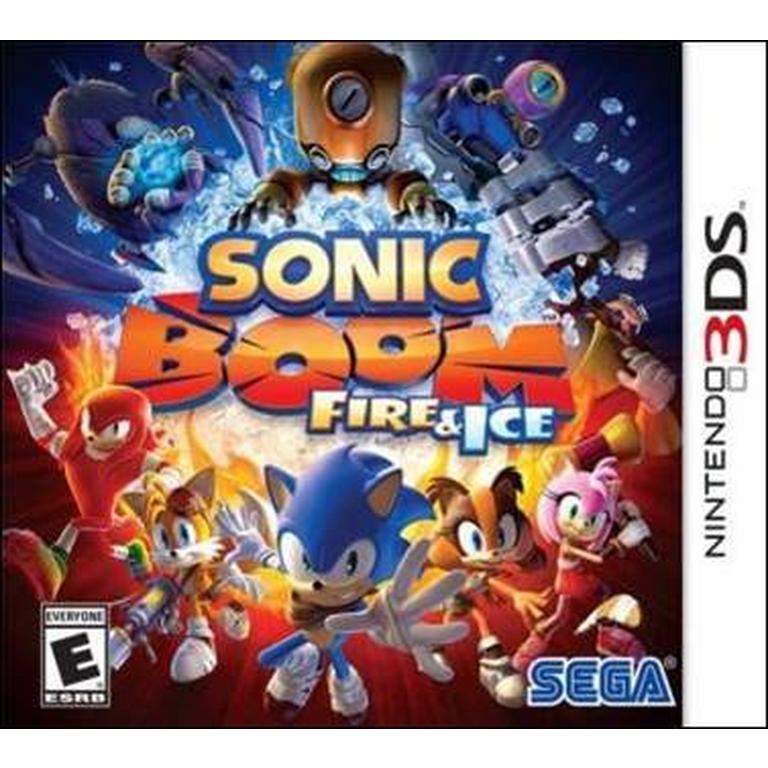 Race through this epic new adventure as Sonic, Tails, Amy, Knuckles or Sticks to stop Dr. Eggman, and an all new adversary D-Fekt. Harness the power of fire and ice to blaze through obstacles, puzzles, and freeze enemies in their tracks. Utilize Sonic's speed, Tails' flight, Knuckles' strength, Sticks' Boomerang and Amy's hammer to explore, fight and race through an undiscovered land. Compete with your friends in 2 player bot racing and unlock 6 new tracks as you collect artifacts throughout the world. Battle bosses so huge they take up both screens. Play mini games filled with challenging puzzles and time trials including a new iteration of the popular Sea Fox.
More Details Less Details

About the Game
Dr. Eggman has discovered the supercharged element ragnium on the mythical Island of Ragna Rock. He mines it as a fuel source, piping off the messy by-products of the operation to adjacent islands, creating fire and ice gameplay. Using this fuel to power his ultra-fast bot racers is his latest plan to discredit his eternal rival Sonic, but backed by ragnium, fire and ice, a robot army, and D-Fekt, an unflinchingly powerful henchman, this time Dr. Eggman just may succeed. Sonic and friends must re-claim each island by destroying enemies, vanquishing the Island Defender, winning rival races, and reversing the flow of the elemental tubes. It all culminates with an epic battle on the Island of Ragna Rock where Sonic may just have to save Dr. Eggman from his own creation.

Fire and Ice
Harness the power of fire and ice to blaze through obstacles, puzzles, and freeze enemies in their tracks.

Boss Battles
Battle bosses so huge they take up both screens.

Mini-Games
Play mini games filled with challenging puzzles and time trials including a new iteration of the popular Sea Fox.

Sonic Boom Fire and Ice is rated 4.3 out of 5 by 15.
Rated 3 out of 5 by KylaBee from Ok. Would of like more content. But all in all a good game.
Rated 4 out of 5 by Deez2nutz from Not bad Really good game alittle hard for younger children tho.
Rated 5 out of 5 by Speedygary123 from Great Game Very fun and exciting sonic game. One of the best sonic games for the 3ds. I recommend that you pick this game up for the Sonic thrill
Rated 3 out of 5 by Kelly Lovgren from I like that you can play different characters then Sonic.
Rated 4 out of 5 by Riah from fun game play bought this a few weeks ago and was not disappointed, it was fun, and actually had story movies! you also don't have to complete 95% of the game to move on to the next round.
Rated 5 out of 5 by Pinkbloom21 from Sonic Boom: Fire and Ice I've been playing, it's good story based on TV show. I love it.
Rated 4 out of 5 by Supermcawsomevill from Not too bad This is not a bad game. I first got this day one and was super excited but found out it isent as good as the first one (Sonic Boom: Shattered Crystal). This game is still worth playing

Do you need Wi-Fi for this game to work 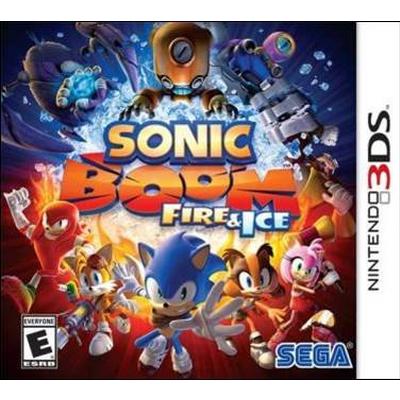 Nintendo 3DS
Buy 1 Get 1 50% Off on Previous Generation Pre-Owned Games!