In 1492, the Eastern Kingdom of Mikado is protected by high walls, with the castle and its king at the center. A young warrior, 18 years old, has just been chosen to become a Samurai, one who, with the aid of a special tool called a Gauntlet, will serve as a secret protector of the city. It is the duty of the Samurai to exterminate a demon threat of which its citizens are unaware. However, the situation is not as simple as human versus demon. There are factions within the human group that must be discovered and understood in order for alliances to be formed, paths set, and the destiny of the world decided.

A World to Discover, A Mystery to Uncover
The life of a Samurai is fraught with peril. Players must leave the safety of the kingdom in order to defend it from the invading demons. There the story unfolds as they become involved in a fierce battle between God and demons. Shin Megami Tensei IV is a single player experience.

Demon Collection and Fusion
The core mechanic of the Shin Megami Tensei series returns with more than 400 demons to recruit, collect, and fuse together. Players will constantly be challenged with balancing the strengths of their demons to ultimately excel in battle.

Choices and Consequences
Throughout the player's journey, they must choose their own path. The choices will affect them, other NPCs, and the overall outcome of the story. Branching story paths require careful consideration since the Eastern Kingdom of Mikado and the post-apocalyptic remnants of Tokyo hang in the balance.

Pressing the Combat Advantage
The Press Turn system requires strategic thinking for every battle. Pinpointing an enemy's weakness will provide a vital extra turn for players to exploit. But there are dangers as well…reckless attacks against demons cause players to lose their turns and give the enemy an opening to strike back.

Shin Megami Tensei IV is rated 4.8 out of 5 by 29.
Rated 5 out of 5 by Noctout from Great game, solid replayable rpg This game has a solid learning curve, nice twists and turns along with a nice story. As a fan of mythology I can connect with game on a deeper level.
Rated 5 out of 5 by Kylenharmon from 10/10 Huge fan of the series, I’m glad that I picked this up! Hardest game I’ve played in a long time and I’m very happy about it!
Rated 5 out of 5 by fakestreet121 from game level I love playing this game and get real challenging from the start, cleaver planing and strategy is required for this
Rated 5 out of 5 by One Winged Angel from Excellent RPG If you're new to SMT/Persona, this is a great entry point to the series. I bought this game because I liked Tokyo Mirage Sessions for the Wii U, and I now own even more Atlus games including P5. Battles in SMT IV are turn-based, but this isn't a Final Fantasy game where grinding can solve a boss fight - in this game, abilities/element resistances > stats. HP and MP are the only stats that improve *greatly* from levelling up, the system in this game doesn't care too much about your level. You'll need to negotiate with demons to recruit them, as well as fuse existing demons into more powerful ones. In this game there are also plenty of choices you have to make that influence your alignment, which in turn is what causes you to get the different endings in the game.
Rated 5 out of 5 by Rubixcubist from Like Pokemon but better. Imagine Pokemon with engaging gameplay, mature themes and an actual degree of difficulty.
Rated 5 out of 5 by onepunch from good story and gameplay ive played for a week. its legit. if you like customizing your dude, capturing demons to fight with like pokemons, and fuseing demons to make them stonger like digimon, with a long confusing jrpg story, check it out.
Rated 5 out of 5 by Dracorazor from Fun game I love playing this game and I think others will like playing the game too. Hope others will play the sequel too.
Rated 4 out of 5 by Zahl from Too Hard to Start On This game is far too difficult to get into the story. Even on low difficulties it becomes confusing and the "random generatiion" is too random. The Shin Megami Tensei games have been my favorite for a long time, and this game follows that but if you havent been playing the series for a while then it's going to be hard for you to start here. I recommend taking it slower on Persona then move towards Nocturn or Digital Devil THEN come back for this one. 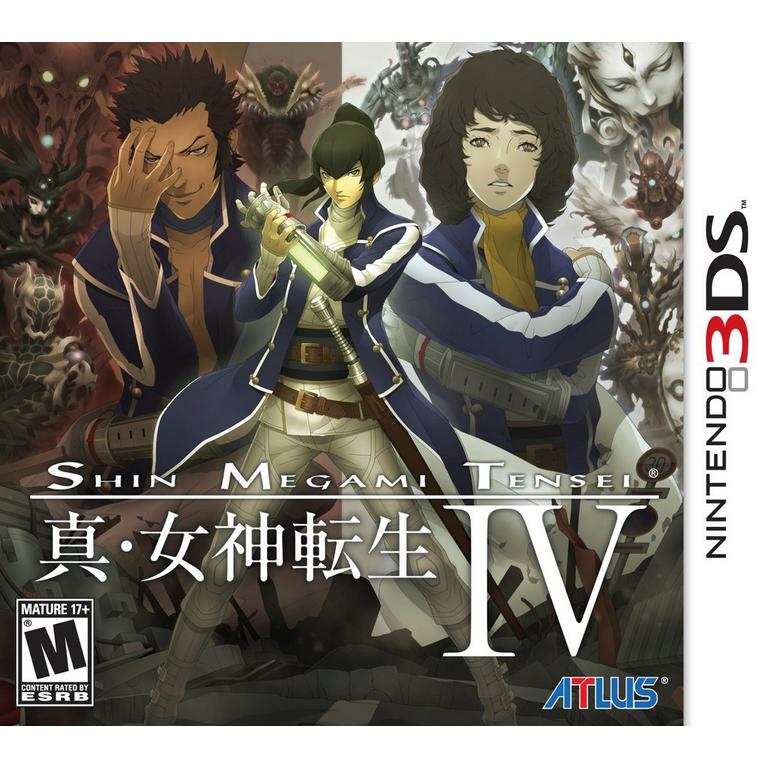