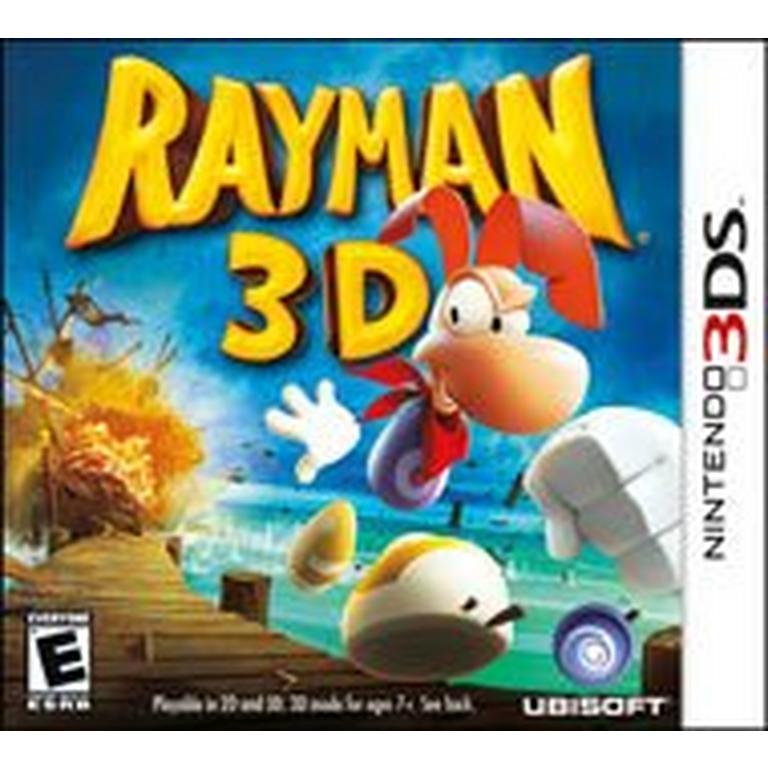 Rayman, one of Ubisoft's most iconic and beloved characters is back to engage audiences in a thrilling new 3D world of adventure and fun. In Rayman 3D, Rayman battles evil mechanical pirates led by the maniacal Razorbeard, who is enslaving the population of Rayman's world. It's up to our jointless hero to collect four magical masks that, once united, will awaken a sleeping god who will help Rayman defeat the pirates. Along his quest he'll pick up lums, which are magical fragments of the world's energy core. He'll also free creatures enslaved by the evil pirates and run into a host of friends who will help him achieve his goal. Rediscover the incredible adventures of Rayman in a deeper and optimized universe with Rayman 3D. Progress in a 3D world full of surprises, magical creatures, and defeat unmerciful enemies throughout dangerous environments: join Rayman in an even better platforming game!
More Details Less Details

1. Adaptation of the greatest Rayman title. Rayman 3D is the adaptation of Rayman 2 on Dreamcast, the favorite version amongst audiences and critics (93% on Game Rankings).

3. A great diversity of environments. Progress in 45 areas set across 13 regions of Rayman's world. Uncover the whole universe in 3D during +/-15 hours of fun.

4. Elaborate action-based character movements. Run, climb, jump, swim, fly, loop-the-loop and even water-ski to escape from the threat! Rayman did not lose any of his famous abilities such as flying as an helicopter using his hair!

6. Rediscover the richness of Rayman's cast. Get back to the good old quarrels between Rayman and his villainous enemies: Face the Admiral Razorbeard, the Henchman and every other creature that make Rayman's progression much harder! Hopefully, Rayman can count on his friends' support! The Globox, Ly, or Polokus are all ready to help.

Rayman 3D is rated 3.7 out of 5 by 42.
Rated 3 out of 5 by FoxDream from A good update They hadn’t exactly perfected this game because there’s still some bugs, but I’m glad they remade it.
Rated 5 out of 5 by RayyPNW from Timeless Game This game is as fun as it has always been. It's basically just Rayman 2: The Port. It plays just like the old games, the only problems I've noticed are that the music sounds low quality and comes out sounding static, and the game has some pretty harsh frame drops. Besides that it's a great game.
Rated 5 out of 5 by tinkerbell1996 from :) This game is fun for all ages, young or old your sure to enjoy playing it. Its worth buying it. I play this game so much.
Rated 4 out of 5 by Anonymous from Definitely a good port, but better console version This is definitely good for a portable console like 3ds. Rayman is a lot better on console though. I recommend travel in time for 3ds if you wants a handheld. My other recommendations are rayman arena, orgins, legends, rabbids 1, 2, tv party, and go home
Rated 5 out of 5 by DarkKnight7757 from Rayman 3D Rayman 3D Is Based On Rayman 2: The Great Escape But Still, I Like The 3D Game Anyway Plus Its On The 3DS
Rated 3 out of 5 by cycycychris from good but now great The game 3D is very disappointing. Never really found myself having the erg to go back and keep playing the game. Played it more to past by the time. It has some fun level but a lot of average to boring ones. It's not a game I would go tell all my friends about and tell them they should go buy it. The game is truely an average game.
Rated 4 out of 5 by Anonymous from Its ok. Not the best out of the Rayman collection (Like the classic PS2 versions) game I've played but this deserves a thumbs up.
Rated 2 out of 5 by MrOtterland from I Love Rayman But Not Like This This game is a sad excuse of a port not to mention it's a port of Rayman 2 which has been ported about 700 times now. The sound is horrible the graphics are so-so but considering what the 3DS is cappable of it's terrible. This game could've been actually REALLY good but it was rushed so it would be out by launch and that was Ubisoft's mistake. Don't waste your money. 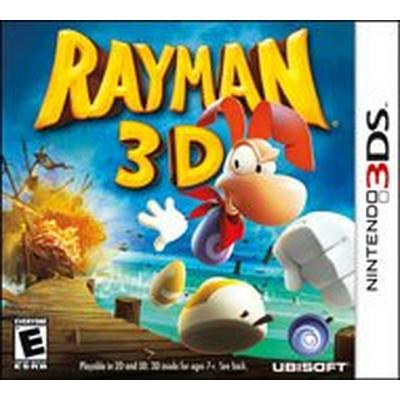