Get it this way:
Free pick up at store with delivery@door
at
No availability within 15 miles. .
Change Store
Free Standard Shipping $35+
DELIVER TODAY
(FREE on orders > $35!)
Learn more
Deliver to
Verify Address Change
Please provide your address to verify you are within our delivery area.
Select Condition For Availability
Buy Together
Medal of Honor Vanguard™ is the latest video game from EA's acclaimed Medal of HonorTM franchise, credited with pioneering the WWII first-person shooter genre after its debut in 1999. Join the ranks of the elite 82nd Airborne Division as Corporal Frank Keegan in Medal of Honor Vanguard. From Operation Husky on the shores of Sicily to your Operation Varsity airdrop inside Nazi Germany, you'll jump behind enemy lines to fight the epic WWII battles that turned America's first paratroopers into heroes of WWII. Choose from a variety of authentic, upgradeable weapons at your disposal, each with distinct characteristics. Featuring spectacular graphics and all-out combat intensity, Medal of Honor Vanguard makes you the driving force in the struggle to liberate Europe.
Medal of Honor Vanguard Q&A

Could you give us a little back story on the game? Who is the hero, where will the players fight?

You play as Corporal Frank Keegan of the 82nd Airborne Division and Medal of Honor Vanguard's missions take place at some of most harrowing battles of World War II. You and your allies drop behind enemy lines, sometimes landing right on top of entrenched Axis positions.
A few of the game's locations include Operation Husky in Sicily, where the men land off-course and discover a coastal gun battery firing out on Allied ships, and Operation Varsity, the final push over the Rhine into Germany.

How important the storyline will be in the game – is it about the characters and cutscenes, or the action is the “star” of the game?

We want the player to feel like they are part of the story rather than that it's being told to them. Much of the game's story is based around events and expressing them in the most immersive way possible. One aspect of creating that experience that we're particularly proud of is the game's AI dialogue system, which really brings the frontline experience to life. With it, the AI characters regularly comment on the changing face of the battlefield. For example, allies give frequent feedback about what's going on around the player, from providing enemy locations, to yelling about a nearby grenade, to saying when it's clear to rush a machine gun nest. And besides sounding great, the dialogue informs the tactical decisions made while playing the game.

What will be the most spectacular levels, epic scenes?

The Medal of Honor series is well known for having numerous cinematic moments throughout and the team has worked hard to ensure that continues with MoH Vanguard.

The player's introduction into scenes like the beginning of Operation Husky, a night-time attack on a small town in Sicily is particularly spectacular looking.

Many people including press, and within the EALA studio have noted that what we've been able to accomplish great moments visually using the PlayStation 2 which speaks to the talents of the team we've assembled here on Vanguard.

Wii seems to be perfect for first person shooters and so far all of them had their special approach to the Wii-controller. How did you approach it?

Vanguard will take advantage of the Wii's two-handed controls, using the nunchuk and the remote to make for a very unique, exciting and compelling shooter control system. Most of the movement-related controls – running, strafing, jumping, crouching, are executed with the nunchuk. There are gestures for jumping and crouching, as well as for reloading your weapon. A popular and really useful gesture is turning around 180 degrees, which is extremely useful when surrounded by the enemy, and even better in Multiplayer, where the player can whip around on someone trying to get you from behind.

Another important feature that has been added is the ability for players to customize and refine several aspects of the controls. We listened to the suggestions of our fans who wanted to be able to adjust the sensitivity of the remote pointer, depending on their preferences. Now, If the player wants a more controlled play experience, you can lock the reticle in the middle of the screen so your pointer only controls your view, as well as constrain the range of vertical movement. 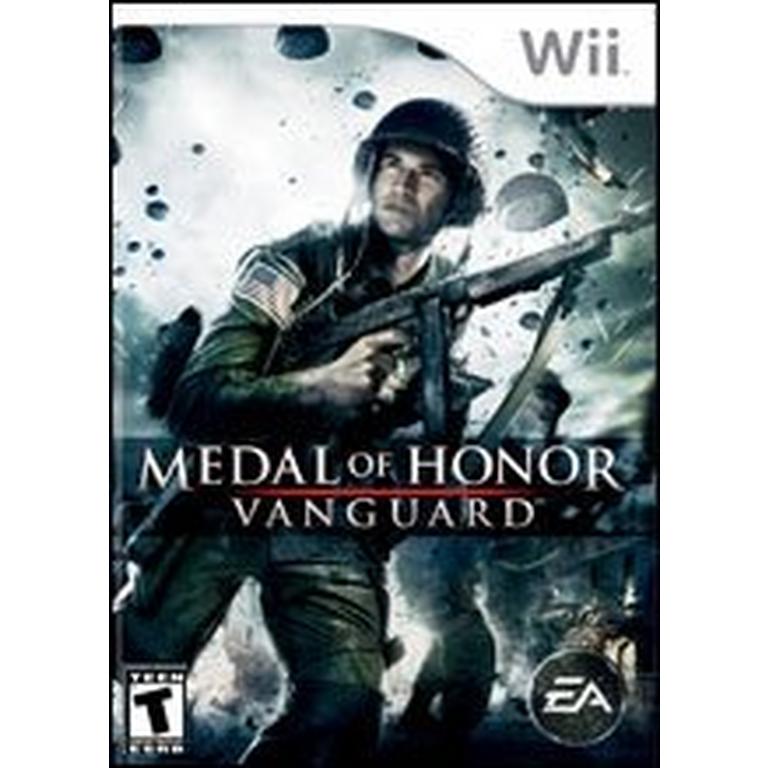