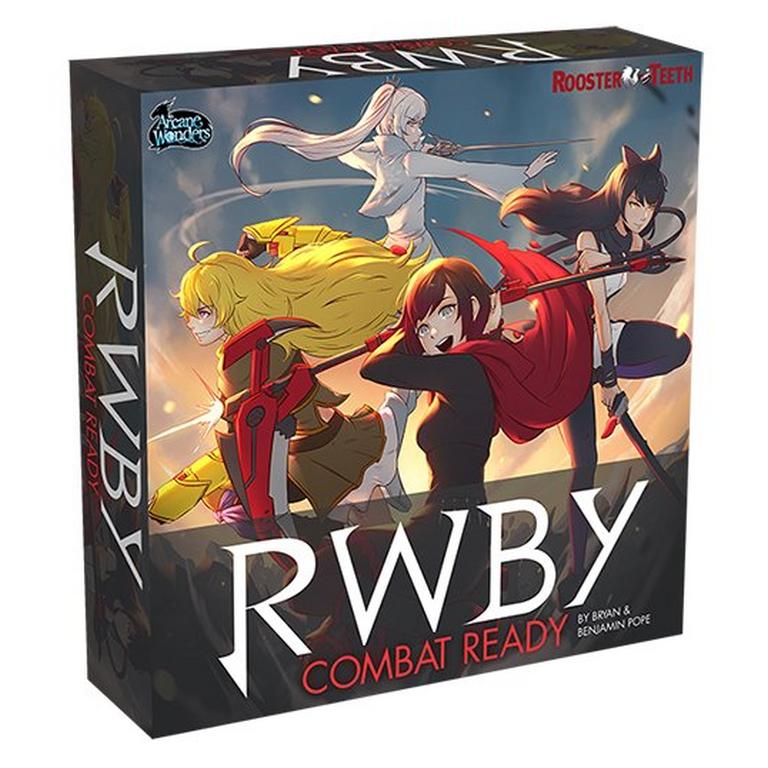 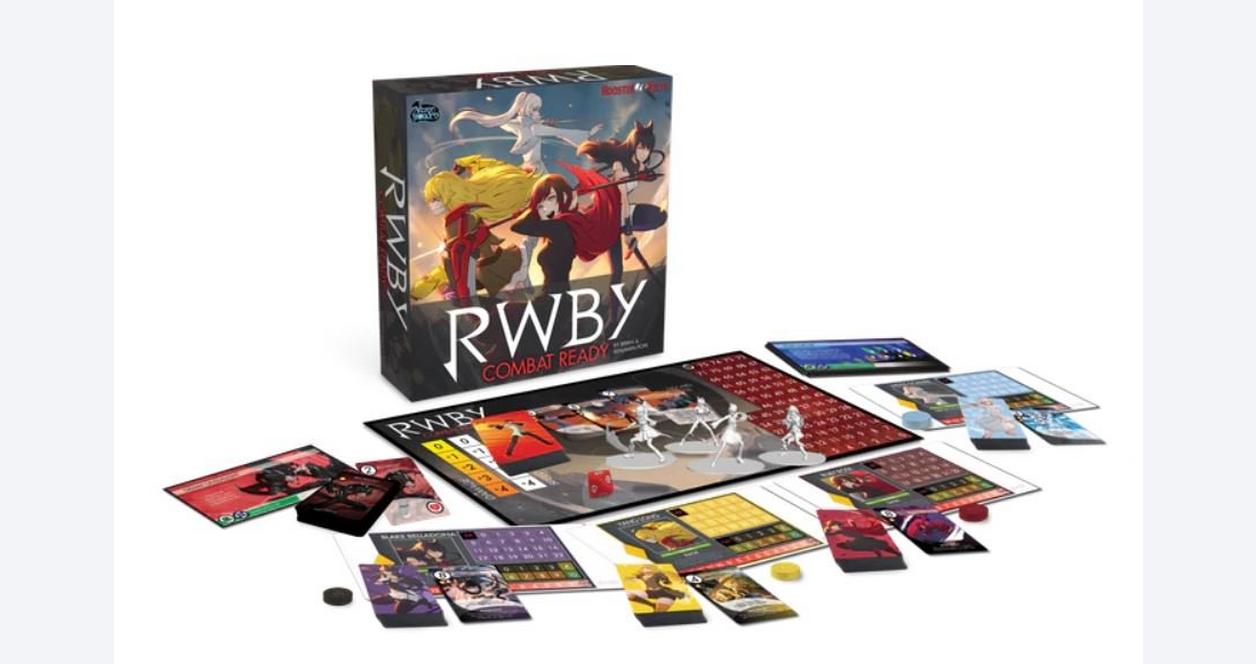 RWBY: Combat Ready is a cooperative combat game for 2-5 players, based on the RWBY series. Players choose to play as one of the show's characters: Ruby, Weiss, Blake, Yang, or Penny. Your team of huntresses will take on relentless hordes of Grimm, foil Roman Torchwick and his henchmen's schemes, stop Adam Taurus and the White Fang's revolution, and face off against the indomitable forces of Cinder Fall! Battles are fast and intense, with tough tactical choices every round. During battle, your actions will gain experience you can use to upgrade your abilities and powers.

The main game board keeps track of the Villain during each battle, including his Aura, Battle bonuses, and cards.

Battles are fought in a series of Duels. During each Duel, one player is on center stage fighting the Villain, with the camera action focused on her. During that Duel, the center stage player directs the pace and flow of battle, with the other players assisting her, performing combos, or tackling some of the scenario objectives (like fighting minions or diffusing a bomb!).

Duels consist of a series of short rounds. Each round, a clever stance mechanic gives the center stage player a hint as to what the Villain is doing that round, based on the picture printed on the back of their card. Are they going to make a desperate attack or do something more devious?!

Battles provide a variety of tactics and tough choices, with memorable plays, spectacular turn-arounds, and momentous surprises! The center stage player will try to build up her Battle Fury and finish the Duel with a daring Ultimate attack!

Some objectives include Minions, such as The Grimm, which accumulate during the battle, escalating the tension. Players continue to attack and fend them off before becoming overwhelmed!

Teamwork is needed! Players can get seriously hurt or knocked out of the battle. Everyone needs to work together to achieve victory. Players are rewarded with Experience, which they use to upgrade their attack cards with a deck building mechanic, representing their character's growth. New cards are acquired and added seamlessly right during the battle!

Players keep their upgraded characters to fight in the next battle of a scenario. Scenarios can be strung together for a longer campaign across several play sessions, with characters continuing to grow and develop along the way!

RWBY Combat Ready Board Game is rated 5.0 out of 5 by 2.
Rated 5 out of 5 by mxplx from Cooperative Yomi Cool, simple game. Like playing a fighting arcade game in card format.
Rated 5 out of 5 by Lufia from Good yet Operator challenging :) Great game, yet Instructions are kind of hard to understand. Sometimes I would make a mistake each round, thus making everyone Lose LOL. Making the boss super powerful or something and we could not win, or choosing bad compatible objectives and the difficulty skyrockets LOL. 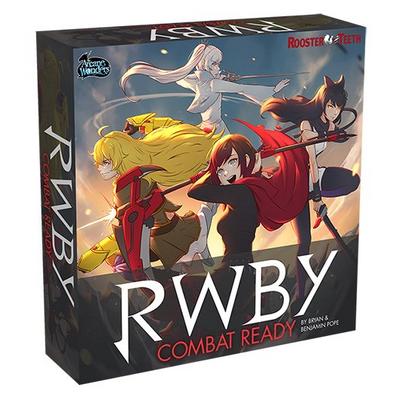 RWBY Combat Ready Board Game
Get 20% off select Toys, Collectibles, & Apparel! Cannot be combined with any other offer.