Marvel Legends Deadpool's Head Premium Interactive Head is rated 2.4 out of 5 by 5. 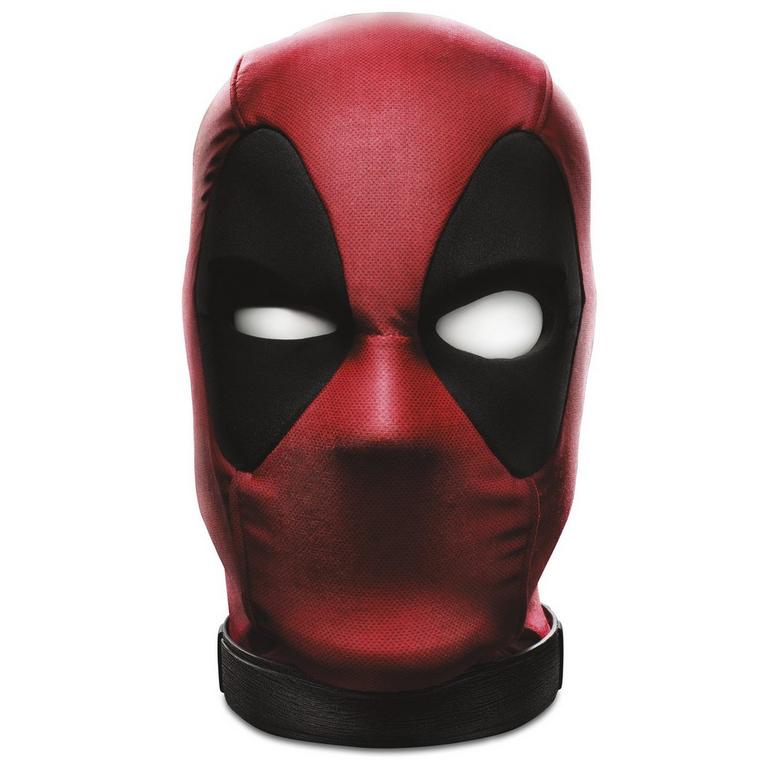 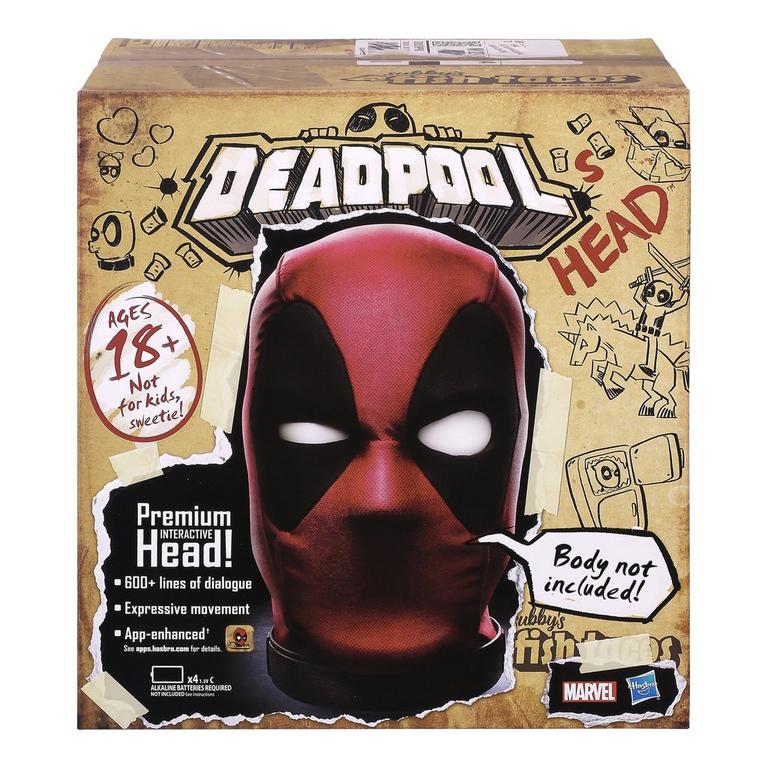 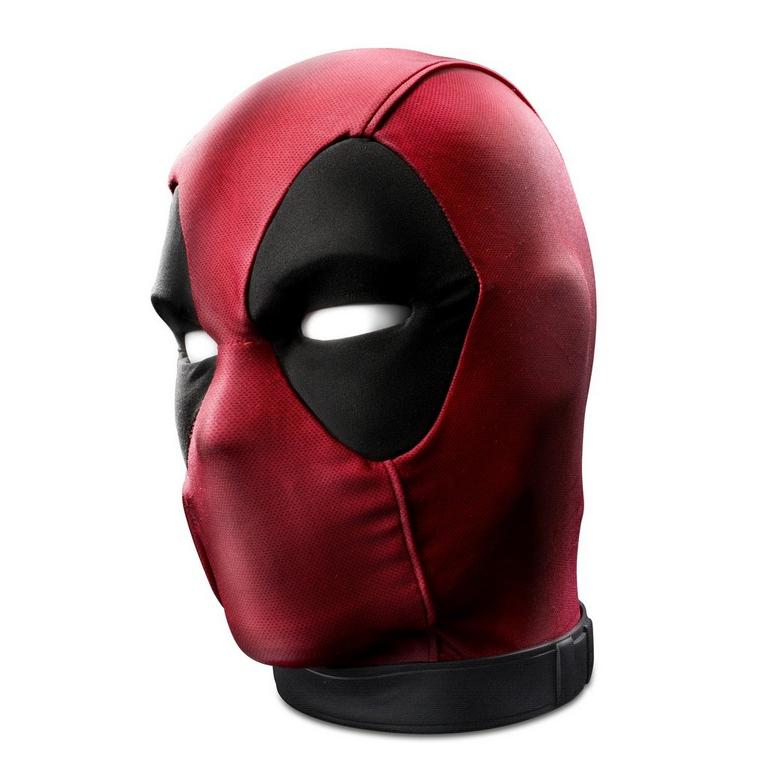 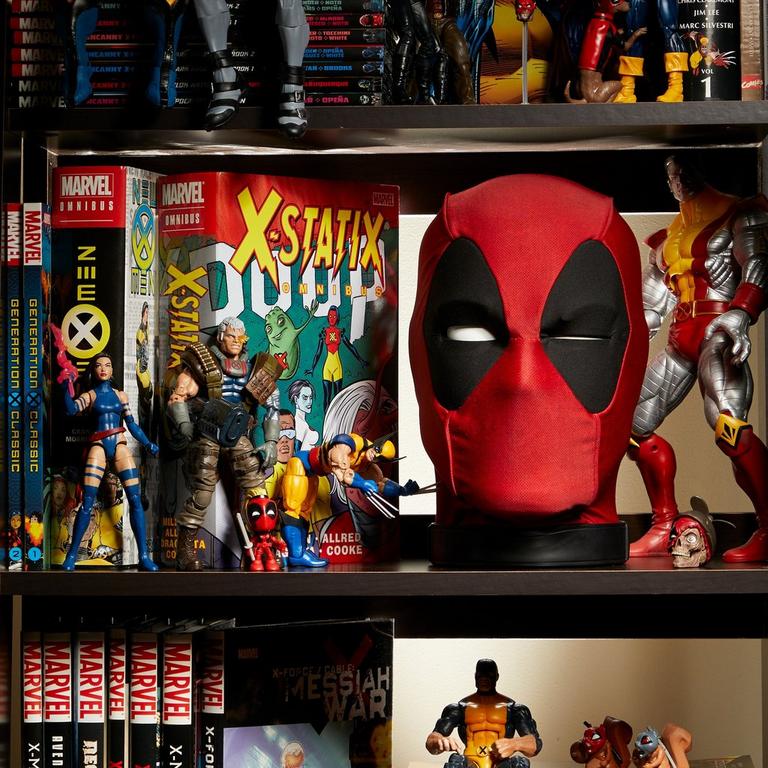 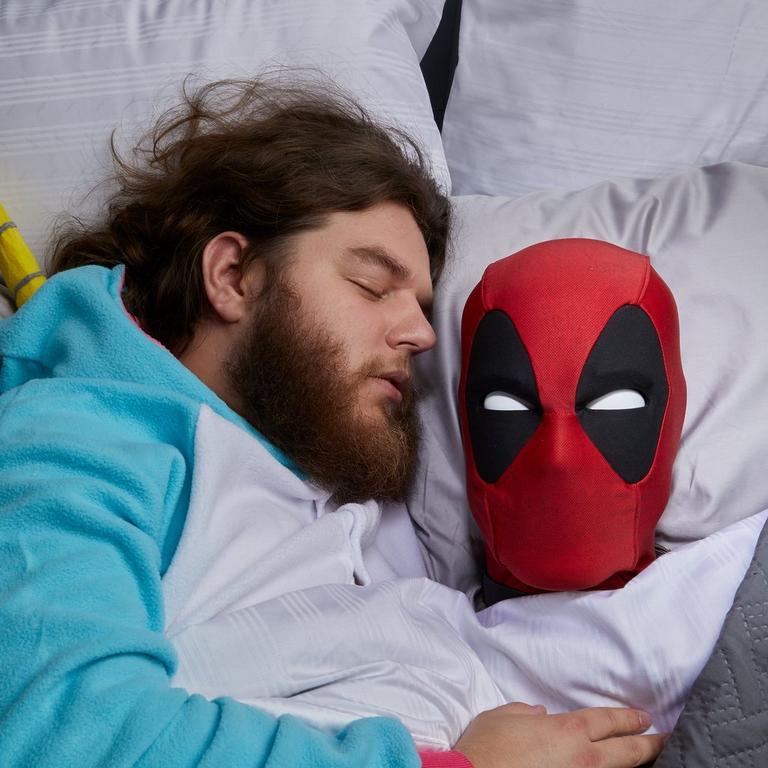 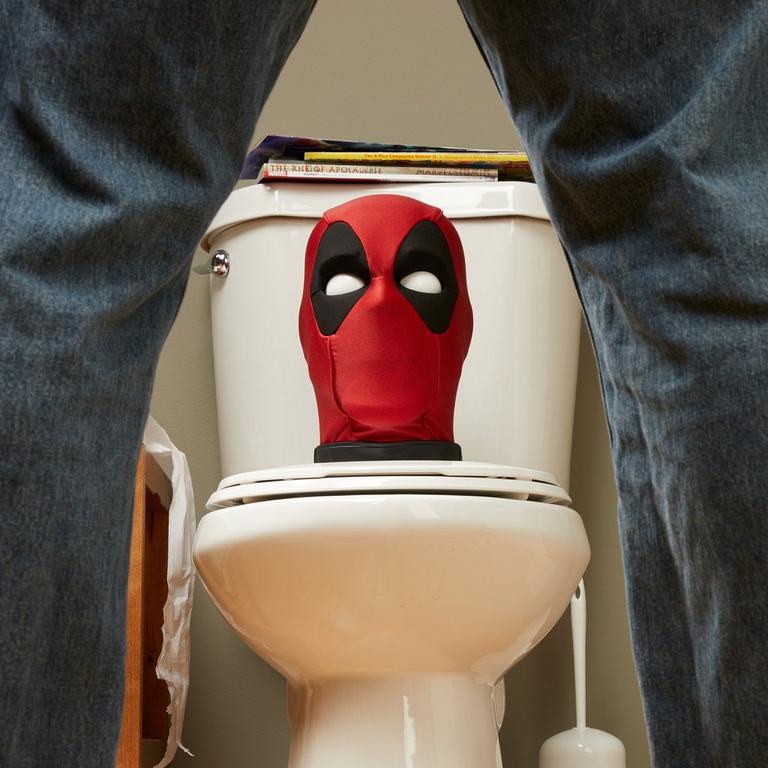 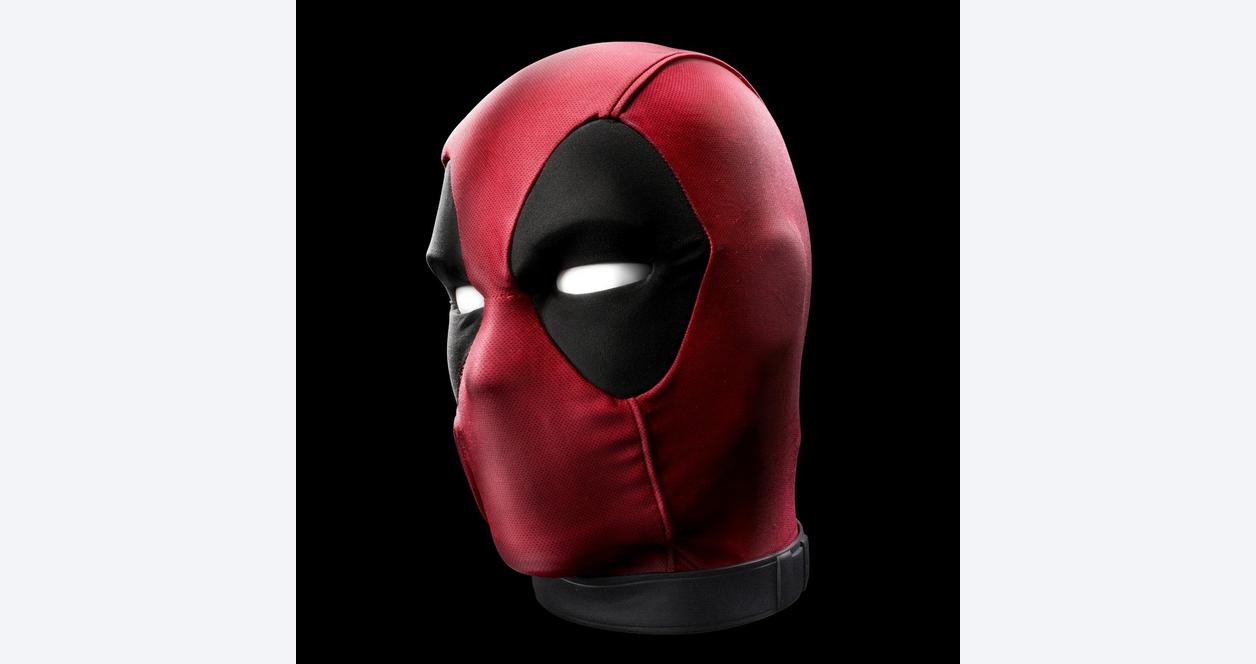 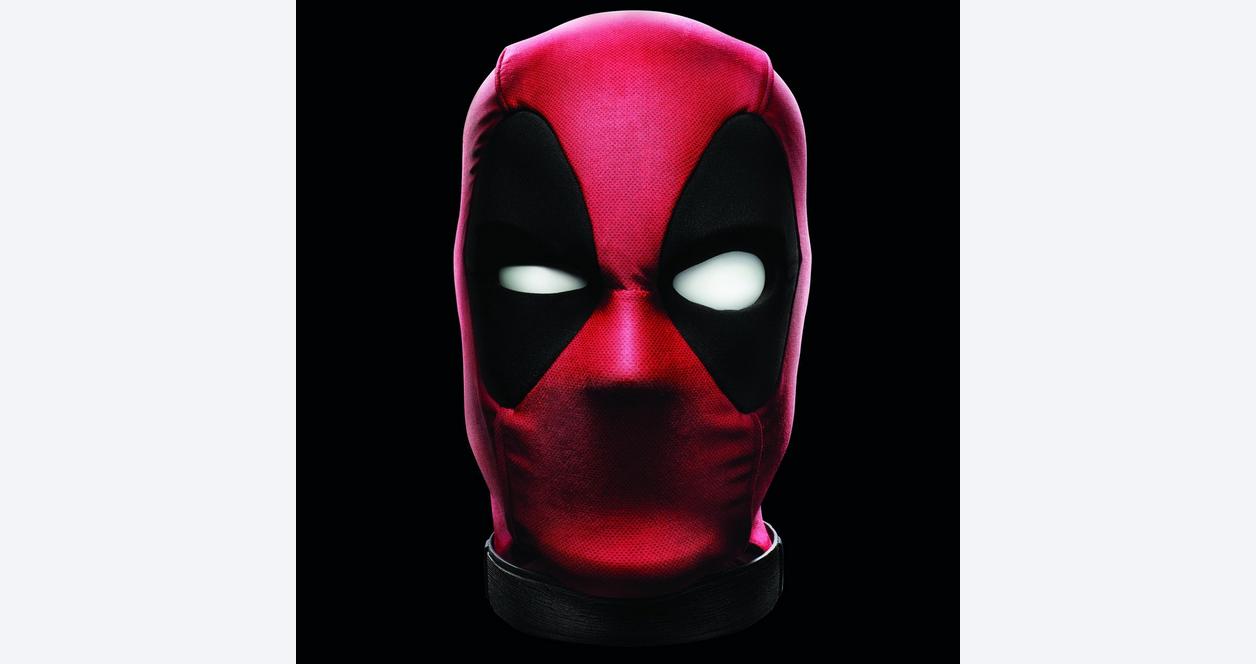 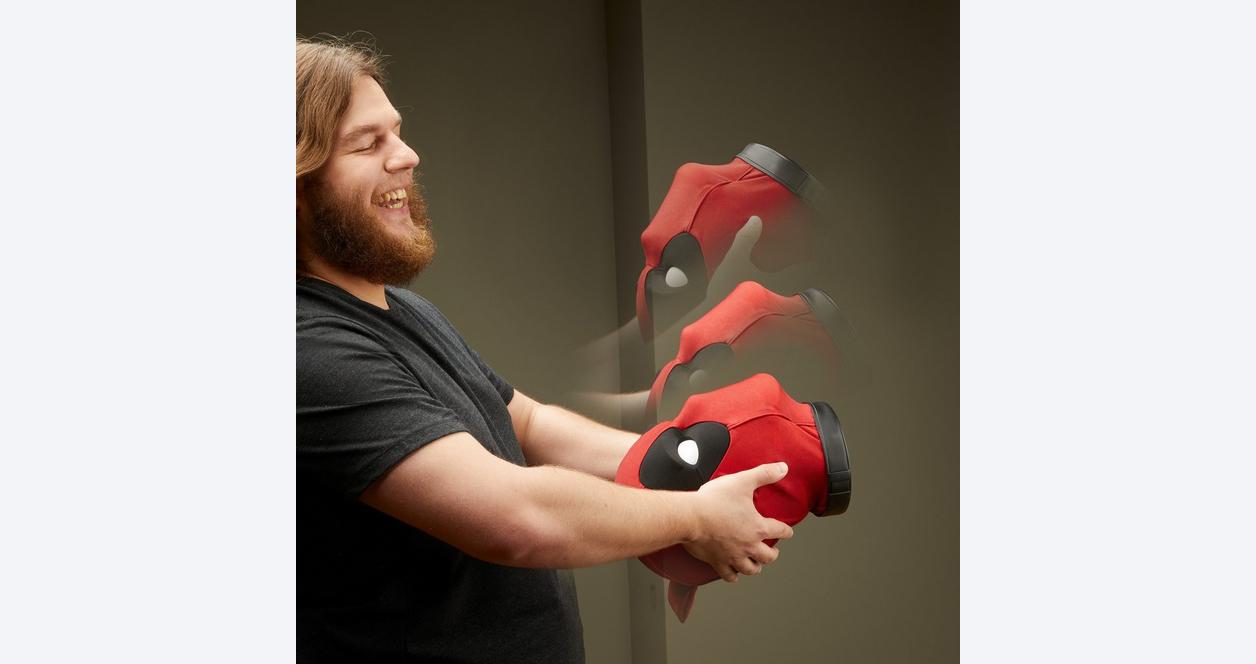 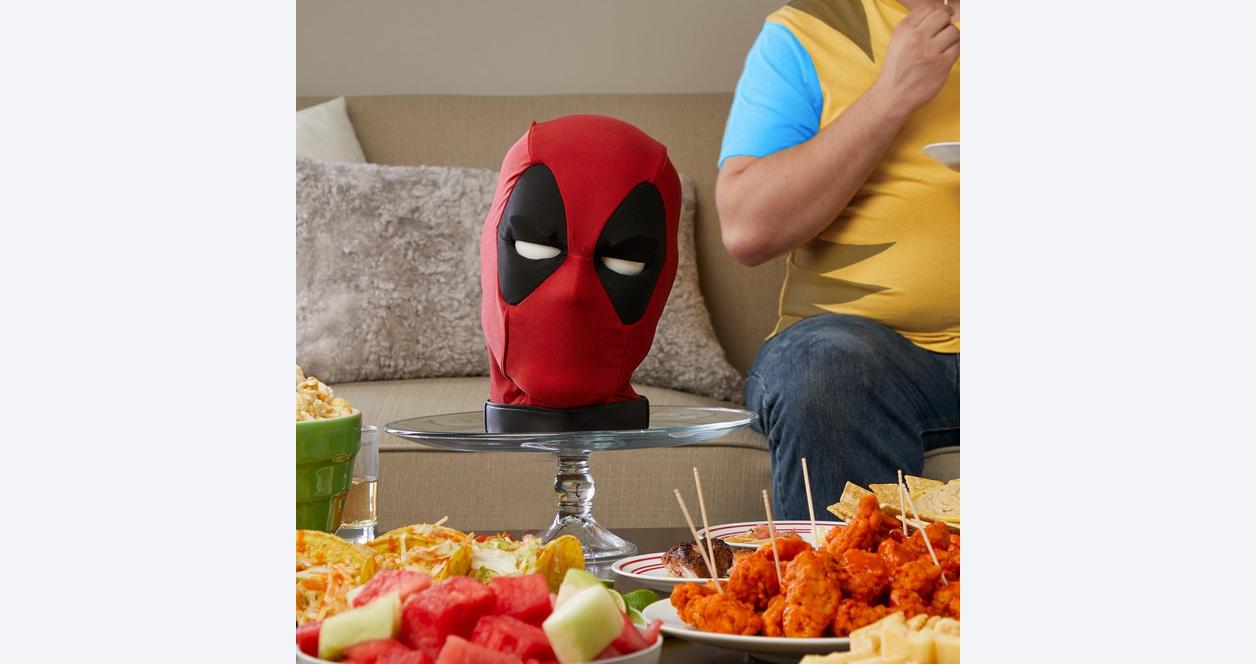 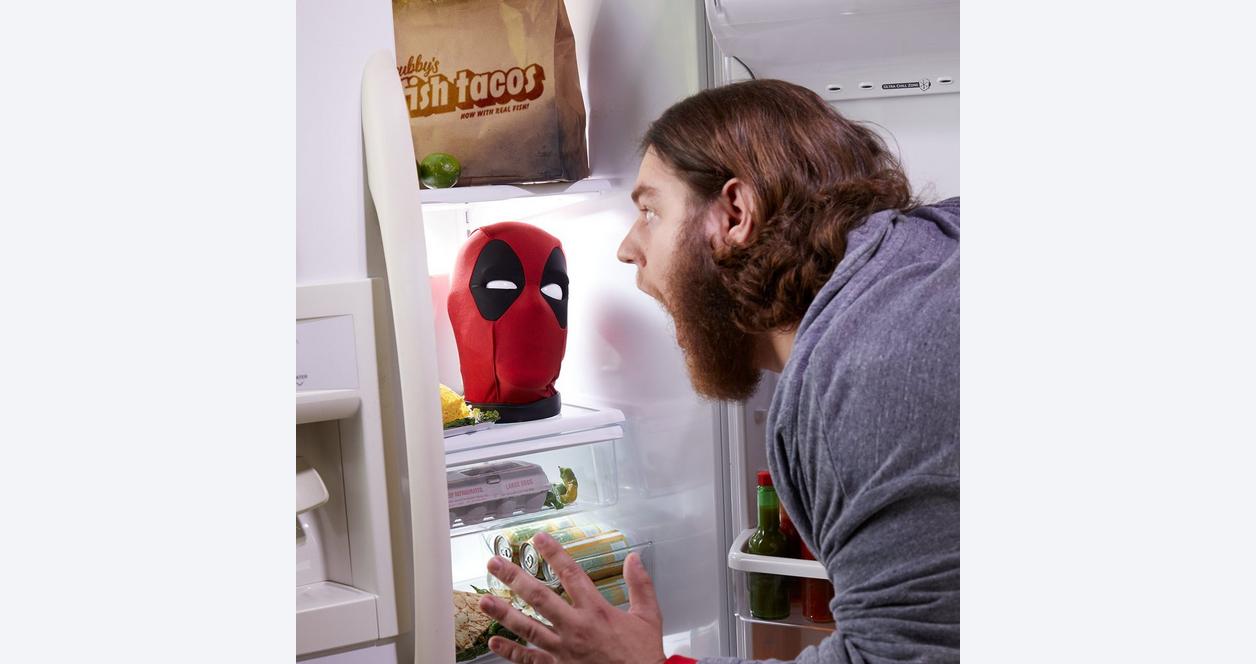 Everyday Free Shipping $35+
Select Condition For Availability
The Marvel Legends Deadpool’s Head is a premium, electronic, interactive, app-enhanced collectible with over 600 SFX and phrases, multiple sensors, and motors for expressive movement. Using the free app, set Deadpool up to play pranks, insult your friends and loved ones, or wake you up every morning… maybe even on time! Featuring a design inspired by the Merc with a Mouth, the Deadpool’s Head is a killer collectible for any nerd’s shelf. (Note: Deadpool’s Head will not actually kill you. It’d get lonely.)

From the jerks who brought you Marvel Legends, including that shiny, expensive glove, a bunch of helmets with glowing eyes (oooOoooOhhh!) and a ton of Build-A-Figure pieces that you’ll step on one day, comes the premium, interactive, app-enhanced, Deadpool’s Head. Features over 600 lines of content that are absolutely not guaranteed to be funny, because is anything in life really guaranteed? But we tried. We really, really tried. A bunch of comic book writers, editors, stand-up comedians, and hacks from Hasbro worked as hard as they possibly could to make you laugh. So we hope you laugh. WE NEED THIS, OKAY? Ahem, anyway. It’s definitely a head that looks like Deadpool’s head, though, if Deadpool were a real person with a head.

Along with all that maybe-hilarious content, the Deadpool’s Head features multiple motors and sensors, for expressive motion, like winking and head nodding. Download the free (really!) app to set up pranks, plan insults, deliver jokes, and more shenanigans. There’s even an alarm clock mode, if you’re the kind of person who would trust Deadpool to wake you up on time. All in one head with premium detailing and design inspired by everyone’s favorite Merc with a Mouth.

Deadpool’s Head is there for you when you need it, sitting on your shelf. Waiting. Biding its time. It may only be a head, but it’s got a lot to say and a lot it can do. From insulting your friends and loved ones to pranking your coworkers. With a bunch of motors and sensors, Deadpool’s Head really might make you think that this is a premium electronic head, made by Hasbro and sold to you for your collection.

Deadpool, the cutest character Marvel has ever made (if you close your eyes), also known as the Merc with a Mouth, is a fourth-wall-breaking, joke-slinging, katana-wielding, antihero from the Marvel Universe and the star of comics, movies, and maybe one day a stage musical revue. Bring approximately 1/8th of Deadpool home to sit in your nerd collection and impress your nerd friends, who think stuff like this is actually cool.

Marvel Legends Deadpool's Head Premium Interactive Head is rated 2.4 out of 5 by 5.
Rated 5 out of 5 by The crow1969 from A lot of fun Got this last week and it's great. Voice is very close to Ryan Reynolds and huge variety of crazy sayings. App works great also.
Rated 2 out of 5 by Chef Ra from Seems like a miss without the proper voice actor Only going by the video, but seems like if they had gotten the current voice actor, it would be a much more desirable product.