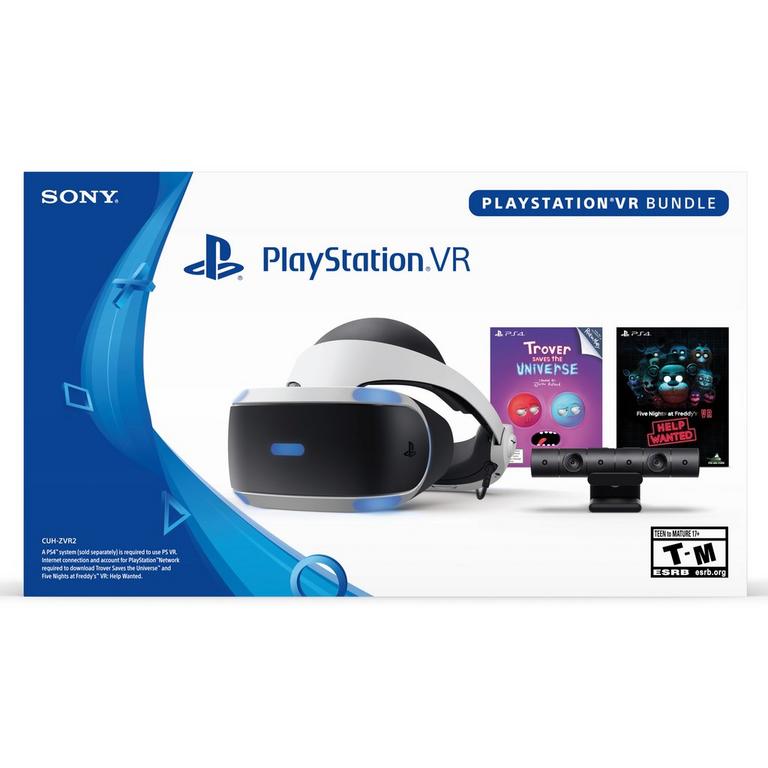 DISCOVER A NEW WORLD OF PLAY. Your heart will race. Your pupils will dilate. Your instincts will kick in and take over as you discover new worlds. Fully immerse yourself in the experience, whether you want to slay mythical beasts, step into the boxing ring, survive the undead, or take on more than 200 incredible games and counting.1

From the co-creator of Rick and Morty comes Trover Saves the Universe! Partner up with Trover to save the universe! It's in the title!

Your dogs have been dognapped by a beaked lunatic who stuffed them into his eye holes and is using their life essence to destroy the universe. It's up to you and Trover to team up and go on an absurd adventure, make morally amiguous decisions, and hopefully prevent the universe (and your pup-pups) from being collapsed in this comedy created by Justin Roiland!"

Partner up with an unlikely eye-hole monster and watch your relationship grow into something that'll make your lil' tum tum feel all rosy as you attempt to save the universe!

Choose how the story plays out by making choices that'll leave you questioning your morality as you continue your facade of being a hero. LOL! This game's crazy!

Enjoy a game that DOESN'T take place on a depressing battlefield or some post-apocalyptic world! It's a video game! It should be fun and funny!

Travel via telepod to weird alien planets without getting off your lil' tush tush.

Upgrade Trover with new abilities that will help him defeat Glorkon and evade awkward situations with old roommates.

Survive terrifying encounters with your favorite killer animatronics in a collection of new and classic FIVE NIGHTS AT FREDDY'S experiences. "Where fantasy and fun come to life!"

Asked by: broman20
Yes, all of that was included in the set that I got. The only thing you won't get is the VR motion controllers, which is a pain because a lot of the Five Nights at Freddy's games require it since the tracking for the PS controller is very iffy.
Answered by: HatePickingNicknames

dose this item come with controls

Asked by: isaiah88
Unfortunately not, it does not come with the PlayStation move controllers!
Answered by: Anonymous

I only want answers from people who have gotten the bundle and know for sure. Make sure your answer is complete and makes sense. Now, does it have the controlers you need? What would you need that is missing from this bundle in terms of equipment?

Does this bundle come with the motion controllers?

Asked by: Carter Dean
Yes I does
Answered by: Arremon

Does this bundle come with the move controllers

I notice it has the head set, camera, and 2 games. Does it come with the controllers(2)?

Asked by: ChristyAdams
No. They are sold separately.
Answered by: GameStop Mom

Asked by: Unit3seven
Pretty sure this is v2 due to the earbuds hole things in the side unless they did false advertising but there's no big difference here other than the fact that v2s can output HDR with a 4k tv that is
Answered by: Wumbology 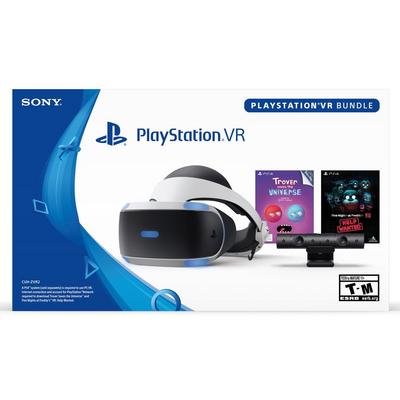