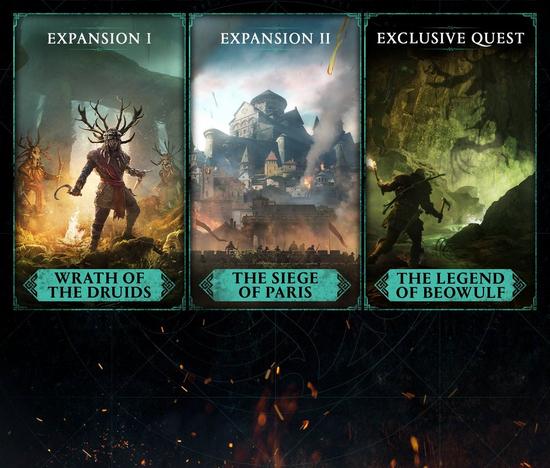 Get the Season Pass Use to purchase new gear, and more!

Why GameStop is Excited to Assassin’s Creed Valhalla

Holding true to previous installments in this series, Assassin’s Creed Valhalla is launching with a variety of add-on content, and much of it can be obtained on day one through special editions. The most exciting of which is the Ultimate Edition Steelbook that includes the game, a Season Pass for more content, and the Ultimate Pack (which you can read about below). This edition features a unique steelbook case to hold your game disc. There’s also a Gold Edition Steelbook that just comes with the Season Pass and steelbook. And if you don’t need the unique case, you can get the Ultimate Edition, which comes with the Season Pass and Ultimate Pack.

Strike fear into the hearts of your enemies, dominate raids and rivers with the set of items included in the Ultimate Pack:

From the Desk of Game Informer

The Dark Ages in England were a time of war, political intrigue, and uncertain alliances. Those elements are a great combination for Ubisoft’s Assassin’s Creed series, and Valhalla lets players experience this era as a dual-wielding Viking hero named Eivor.

Eivor (who can be either male or female) leads a clan of Vikings out of Norway, then sails to England to find a new home. Valhalla aims to mix new concepts with twists on old Assassin’s Creed favorites, like building a settlement for your clan and carrying out raids along the coast with your longship. Along the way, you recruit allies, engage in brutal battles, and play a part in the ongoing war between two ancient factions.